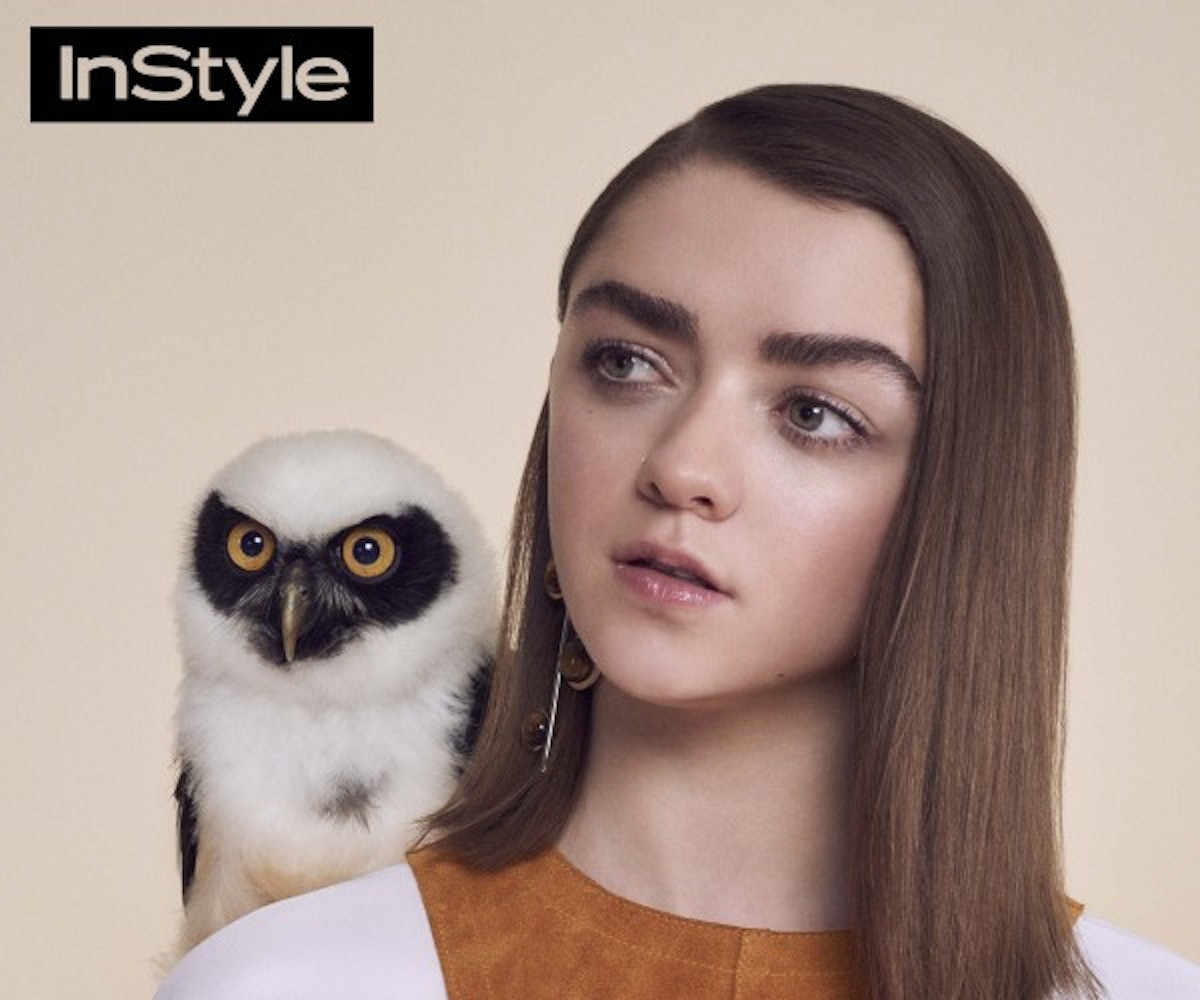 We love that 18-year-old Game of Thrones star Maisie Williams is never afraid to go her own way, whether she's laying down the law on being a feminist or just being a badass in general. So, it comes as no surprise that in a recent interview with InStyle, Williams has exactly zero time for fake Hollywood friendships and the myriad of flat, female characters she constantly sees in scripts.

As reported by Hello Giggles, the starlet says, "Hollywood is not evil, it’s just totally fake. And if you’re into making fake friends for a night and having a great time then that’s cool. Lots of people know it’s all bulls**t so they just go and have that night where they’re having fun with everyone and chilling. No one actually likes each other, but everyone is having a great time." Not surprisingly, Hollywood sounds a lot like high school. Williams, on the other hand, has better things to do with her time. She tells InStyle, "I don’t have any desire to pretend to be someone’s friend for the night. It just bores me. It bores me so much."

Also, don't expect to see Willaims compromise herself just to make it in film—she's turned down many a script that don't use female actressess to their full potential. She says, "I  don’t want to just do studio films because some of the scripts are really bad. I never realised [there were so many one-dimensional female roles] until I read more scripts and had more auditions. Most of the time, it is a bit pants." Get it, girl.