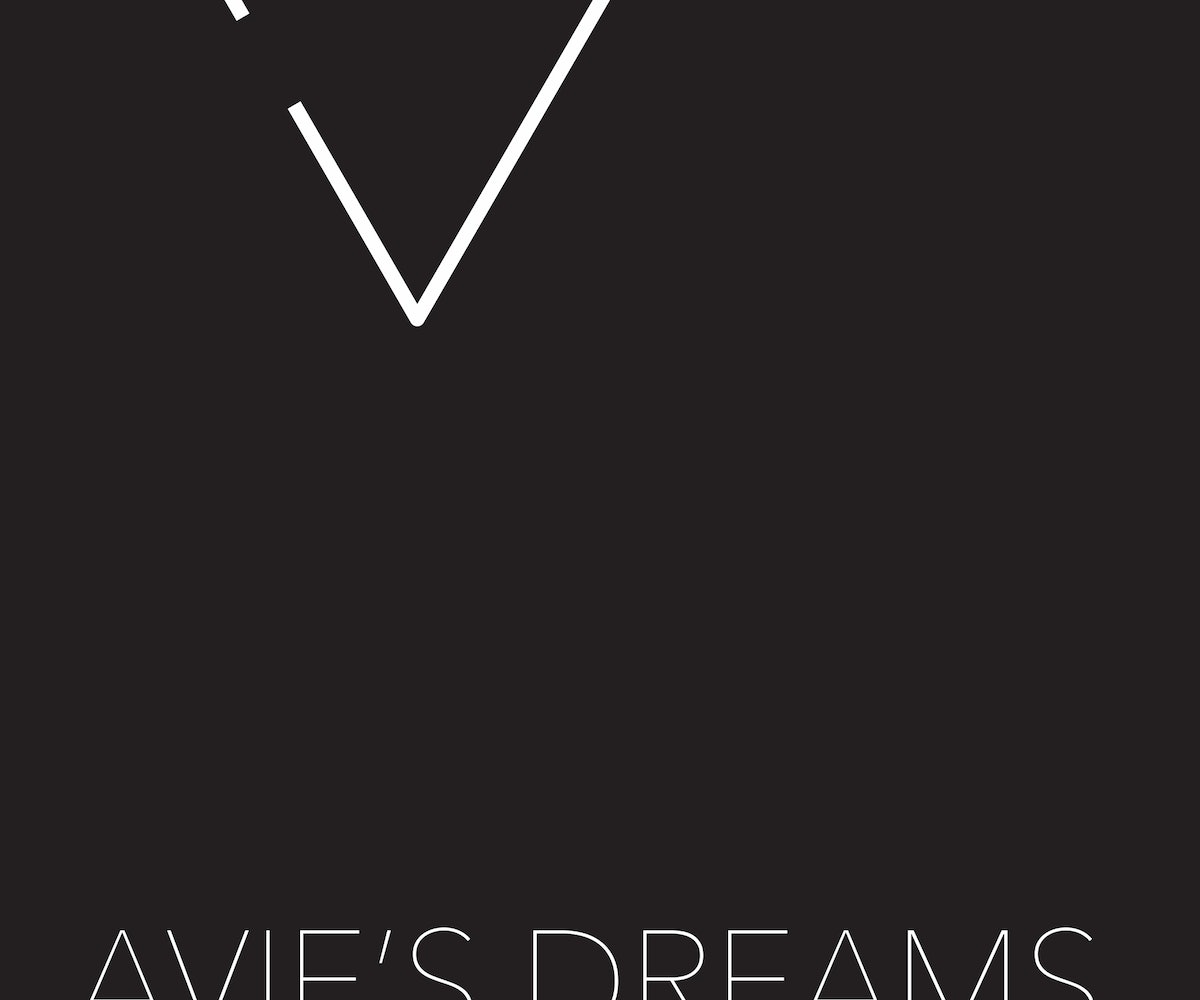 These days, coloring books are all the rage. What was once considered an activity meant for children has officially evolved into a therapeutic pastime for adults. In Avie's Dreams: An Afro-Feminist Coloring Book, Atlanta-based artist Makeda Lewis has created a book where blackness, feminism, and coloring collide on the same page. The 25-year-old has been drawing since she was a kid but, according to her, did not begin to take the craft seriously until about four years ago.

The timing of the release of Lewis' book could not be at a more crucial time. Every day, there is a headline in the news about something so devastating that you can't believe it's real. For black women, carrying the weight of this pain can be a huge burden. “You constantly see the media having a hard time contextualizing black women and men as victims every day, even when it means losing their own lives,” Solange Knowles wrote in a recent essay.

A book like Avie's Dreams will provide comfort to many black women around the world who need it. The beauty of coloring books is that they contain a level of privacy. Coloring is a solitary activity; you don't have to show and tell because this release of pure creative expression is intended for your eyes only. For a designated amount of time, black women can dare to color outside the lines and allow their minds to escape harsher realities.

Avie's Dreams is available to purchase now on Amazon. Learn more about the woman behind the beautiful words and illustrations in the interview, below.

What was the inspiration behind this book? It's actually really nebulous. It's not like I had a concept where it was like, "Oh, I'm going to make all these things..." I really tried to confront things that terrify me in my work, or at least make me uncomfortable, so I'd been doing it a lot lately and just having lots of introspection. I wanted to put together something that I could put all of my cathartic artwork in and share it with people, but I wanted it to be interactive as well. I guess the other half of the intention of me making artwork is that I want it to be very public—even moments that are painful to me—because I want to inspire other people to dig through things that are uncomfortable to them. I just wanted a fully complete project that I could share, that's interactive, that I felt like it really fit with something that I would like if I didn't make it.

How did you go about picking the images that you used for this and then also pairing them with the passages?  Originally, I didn't have the intention of [the book] being published; I really didn't expect that many people to care about it. I mean, usually, when five to 10 people are like, "This is really cool," I'm always just like, "Oh my god, guys, thank you so much." So, originally I had about 15 drawings. Each drawing is a specific artwork that I came up with for the coloring book. There might be one or two that were in the original 15 pages that are not in the published version, just because once I was contacted by the Feminist Press and they started doing all the editing work, there were just pieces there that I felt weren't as necessary or powerful to me.

My original editor, Clarissa, is the one that suggested adding words for each piece. They wanted it to be kind of a storyline, but I didn't really like that idea—I just wanted words that explained what was going in each piece. At first, I wasn't really into it because I was like, "I don't want to over-explain things." I know that words and language are a large part of how we communicate with one another, but it's so funny how words can actually hinder communication. So, when they first presented the idea to me, I was like "I don't know if I really like that," but I got into it. I like thinking about all the things that inspired the different pieces in there or thinking about my relationship with women in my family, and lots of poetry that I've read, and musicians that I've listened to, and experiences that I've had to kind of help me write those words.

When I think of "afro," obviously, the first thing that comes to mind would be, like, hairstyle, natural hair, etc. But "afro" is also a prefix in front of different ethnicities and nationalities, like when you're describing someone who's from the African diaspora. I think that's really cool because a few years ago, I was reading excerpts from this Sun Ra book of collected poetry and prose. There's this one article in there that talks about the liberation of language and how when you break words down into little parts... Like, the word "return." If you break "re" apart from "turn," it doesn't make that prefix "re" half of an idea. "Re" can go in front of anything and make a billion other combinations. I guess, that's the reason I think it's cool, because "afro" can be an idea on its own, but it can also make a billion combinations, and I think that's really metaphorically cool for humans, in general, for identities.

I've never really actually called myself a feminist. Not because I don't like the word, but I have some reservations about it. I have lots of ideals in actions—the way I carry myself, the things that I talk about, the way I treat people are feminist. Or, I'm actually more partial to "womanist," to be quite honest.

How do you feel about feminism and the way it's currently been portrayed? I'm not one of those people who's like, "Oh, feminism is trendy and everybody wants to do it and feminism is not just about showing your nipples, we don't hate men, etc., etc." I mean, I get it, but I think for me, a lot of this comeback is like trying to prove what feminism is. Like, if I think that your portrayal of feminism or womanism or whatever is incorrect, I feel like my energy is better spent living what I think is the proper definition over berating you, individually or collectively, for putting across the definition that I think isn't accurate. I feel, also, that people do this thing—and don't even realize it—where they try to be gatekeepers of feminism or womanism and describe what it's supposed to be objectively.

Pure objectivity is a fantasy when we're talking about gender; it's just a fantasy. Remember when you'd talk about evidence or about math and people would say shit like, "Number's don't lie" and I'm like, "You're right! But people made numbers." Which means numbers are biased because of their creators... That's a whole separate thing. But my point was, I think feminism means different things to different people, and I try to live my accurate definition, and I like to see people being true to themselves. I feel like, at the moment, you should feel like you're living something because it's what you think you should be or you know it's just like an extended act of overcompensation for something that you feel like you've been deprived of. I mean, my grandma would say, "Ain't no skin off my back." I just want people to be true to themselves, that's really it. So, I'm not super concerned with having something that is accurate, I just do what I think is accurate.

Overall, what are you hoping that consumers will take away from your book? I guess the point is simply catharsis and comfort with introspectiveness even in the uncomfortable moments because that's what it was for me when I made it. A lot of those images come from difficult conversations that I've had with people and visually exploring self-administered therapy. I want people to be able to do that for themselves—to have a release, but also to just be more comfortable with confronting things that they have been running from.

Are you working on anything else at the moment?I have one show coming up, A3C, the hip-hop festival that happens in Atlanta every year. There's a gallery down here called Atlanta Gallery, and they're basically having a two-week festival with back-to-back gallery shows. In October, they will be having another all-woman art show, and I'm going to be one of the headlining artists.

I'm definitely starting to think that there are things I should do for myself because I do know that with the coloring book coming out, I'm going to have more visibility, and I think that I would be upset with myself if I just got lazy. Like, this is only the beginning. There is not time for me to be lazy. Maybe in 10 years, I can be lazy. So yeah, I've got that shit coming up in October and I'm going on a book tour, trying to be an adult.

That's amazing, you're going to be so busy doing stuff for your project.  Yeah, I think about that sometimes. I think that when I show my friends and my family the book and they all are so amazed like, "Oh, so cool!" I'm always just like, "Yeah... It's alright." Not because of some fake humble bullshit but I think that when you're in a moment that's really tight, you never realize it until after the moment is over. I'm trying to be more present and aware so that that doesn't happen. My best friend, Miles—he's a writer and he's the best thing ever—I talked to him about it, and he was just like, "I think you should really just take this in, like take the time to stop and pause. I know you're busy trying to figure out the logistics, like where you're going to stay and what you're going to do next, but I want you to make sure you stop and pause because you're at a point right now that you've accomplished a thing that some people don't accomplish until they're like way, way, way into their career." And I was like, "Word, that's true." I think it is a pretty cool thing, but I don't want to swell myself too hard.

Why do you think coloring books are such a trendy, creative outlet for people right now? I don't know, it's kind of a lot of reasons. I guess, the world feels like shit right now, especially if you're of a certain identity, but in general, it feels like shit. I think that in times like this, the things that seem so childish or seem leisurely in that way, I think we can find comfort in those sorts of thing. I think all of us need a bit of that comfort and a little bit of "Be quiet, play some music or whatever you're doing and just, like, cuddle... Do something that you're not doing because it's productive."

I feel like we all work ourselves into a frenzy and then it's nice to just have a moment where it's like, "I'm doing this because I feel like it and it makes me feel good right now." So I think that that's something. As you get older, there are things you did as a child that you've lost sight of and forgot how fun they were, how organic they felt... Honestly, I didn't see the wave coming when I started this. I didn't see it. I remember I finished the first version of the book and then a few months later, I was walking into Barnes and Noble and right on the front table there was this giant table full of coloring books, and I was like, "That's interesting, hmm."