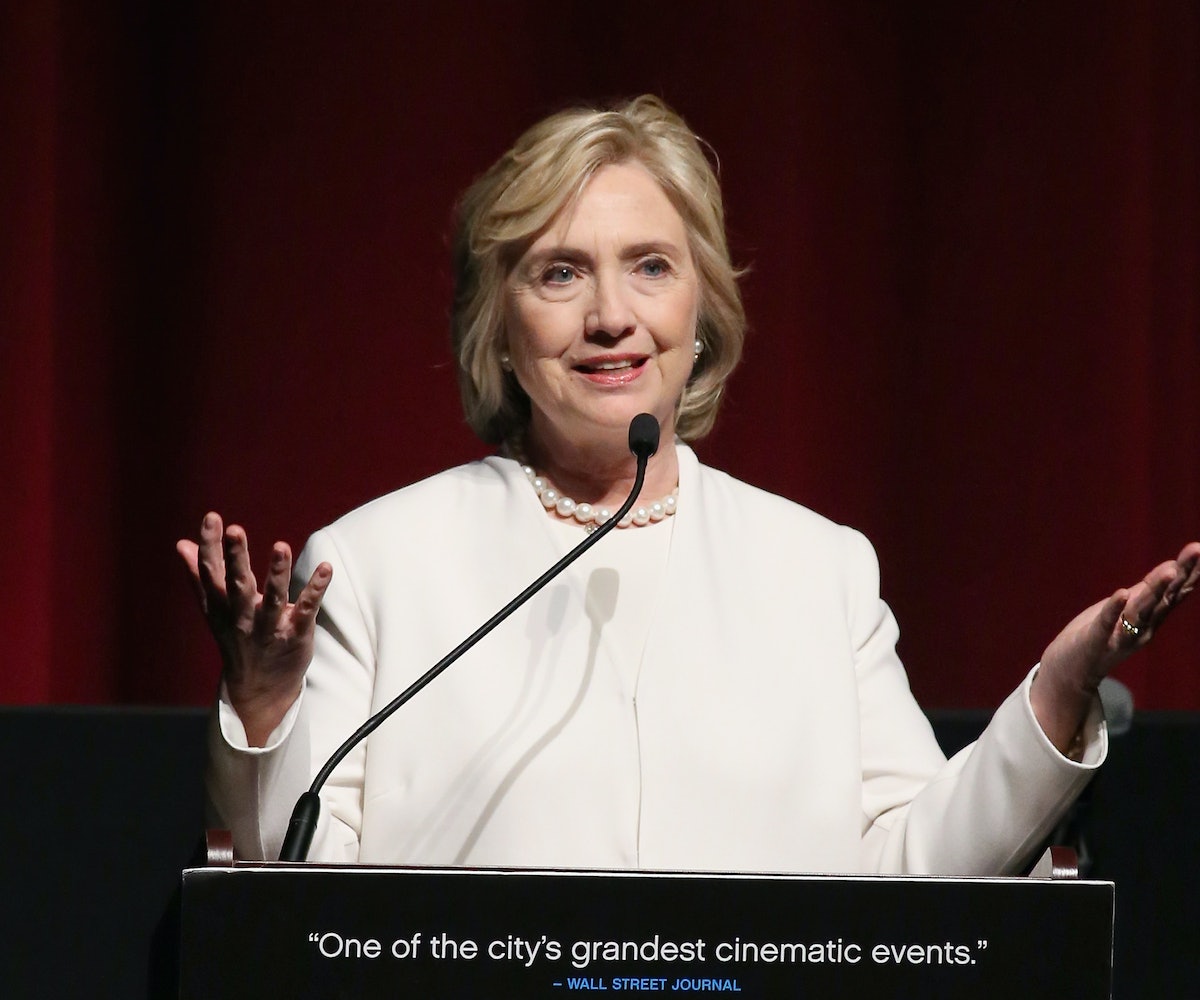 Image via Getty Images for AOL
by rebecca deczynski
November 20, 2015

In 1995, more than 47,000 women from all over the globe traveled to Beijing, China to lobby for a universal declaration of right for women as a part of the UN Fourth World Conference on Women. At the time, many skeptics, including both male and female politicians, journalists, and ordinary citizens, viewed the conference as either pointless or an extremist campaign to dispell men from their seats of power across the world. What happened, in reality, was one of the first steps in establishing women's rights essential to society—an step shown in the latest MAKERS documentary, Once and For All.

At the premiere of the film last night in New York City, presidential nominee Hillary Clinton introduced the documentary by describing her own experience when she went to the conference as the United States' First Lady. "Everyone there was a part of making history and laying a blueprint for action, to have a chance to move forward, to not just improve the lives of women and girls—although that was our focus—but of men and boys, and our societies and out planet," she said.

Clinton herself is also a large part of the documentary, as her words at the conference made a major statement on women's rights. Her "Women's Rights Are Human Rights" speech shocked her opponents who assumed that a First Lady couldn't actually make any sort of difference, and today, it stands as universal statement in the fight for equal rights everywhere.

Once and For All avoids falling into a white feminist hole by accounting for the diversity of the women who attended the conference in 1995 and by showing the importance of creating acceptance across cultural barriers. Although 20 years have passed since this major feminist event, it's clear that there is still a lot of work to do. And seeing what was discussed in 1995 is inspiring enough to help us keep forging ahead.

Once and For All is free to view on MAKERS.