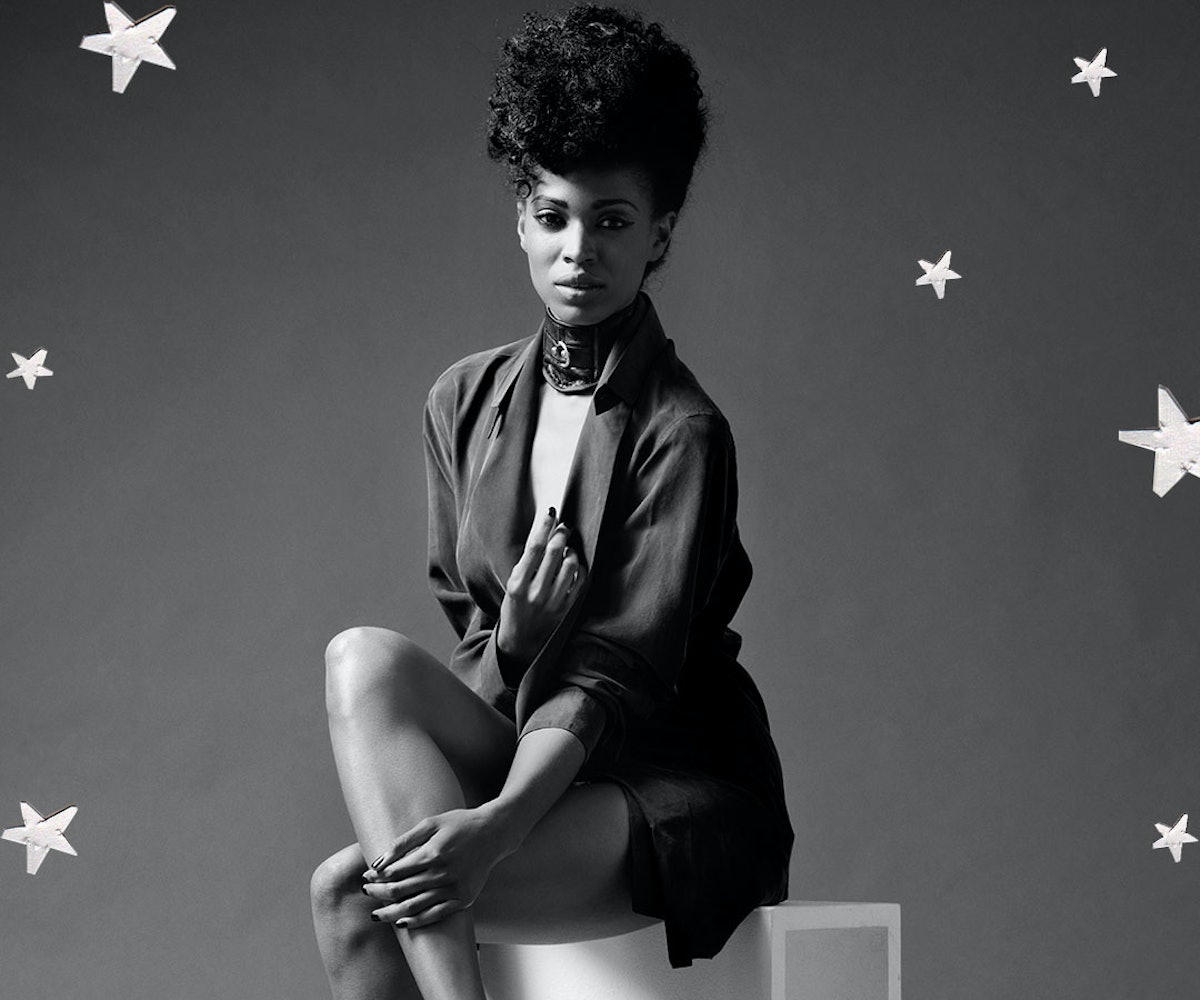 Mala Bryan is an international model from Mon Repos/Vieux Fort, St. Lucia, in the West Indies. Currently based between Miami Beach and Cape Town in South Africa, the 33-year-old has been making headlines for a new product—dolls. Last year, she launched Malaville, a collection of Afro-Caribbean inspired dolls that come in a variety of brown skin tones and hair textures. (Yes, representation matters, even in toyland.) The dolls from the first collection are named Maisha, Mala B, Malina, and Mhina, and they all have different ambitious career paths. Many celebrities dream about the day that they'll become a doll, so imagine how empowering it must feel to create your own doll company.

"I collect and still play with my Barbies, but I was finding it hard to find them in different shades of black/brown with kinky or curly hair and to find them at an affordable price. I figured it cannot only be me having that issue so it pushed me closer towards my idea of creating a line of dolls," Bryan told us in an email. "Most people don't realize what a huge impact dolls can have on the lives of children. Children who are introverts would look to their dolls as companions. Parents can observe how their children play with their dolls and get an idea how they are interacting in the outside world. Now imagine a lack of kinky/curly haired black/brown dolls in the dolly world for a child that links the real world to their dolly world, that would be a bit confusing."

"My goal is to try to have as many relatable dolls as possible. Black/brown children need dolls that they can relate to, and children of other races can have dolls of color with kinky/curly hair that they can now use to represent their black/brown friends in their dolly world," added Bryan. "Hopefully it will help bring us all together, and I believe one of the best places to start is with our children."

Learn more about Bryan's journey in the interview, below!

How did you start modeling?

After high school I moved to the island of St. Martin where my mom lives and got a job right away. First at a liquor store at the airport and two weeks later I was offered to work at a hotel as part of their front desk staff. I was 17. On one of my days off, I went shopping in the town of Marigot where a casting was taking place, the organizers spotted me and approached me, and asked right away if I would like to go to Paris. I first said yes out of excitement, and then eventually asked what it was for. It was for a modeling competition held by Karin Models Paris. I then took a leave of absence from work and went to the competition. Modeling was never on my to-do list and I was definitely clueless about it, so I decided to just take the week trip for fun and then head back to my job at the hotel. However, I placed second which allowed me to have a three-year contract with the agency. I didn't want to be in Paris so they gave me the option to go to their Miami office so I could be much closer to home.

I did quit the modeling after three months because there were lots of unexpected surprises such as not making money right away, having lots of expenses on your account before you're able to have your first job, high rent, etc. I decided it was not for me and went back to working at the hotel. About a year later, I went back to Miami on holiday and visited one of the bookers I kept in touch with and they asked me to come back. I decided to give it one more try and to be a lot smarter about it. Fourteen years later, I'm still at it.

As a black woman in the modeling industry it is still very hard for us to get certain jobs. I've been modeling for 14 years now and not much has changed since I started. Very early in my career I realized that there are certain countries I would work better in so I tried to focus on them.

Growing up in St. Lucia I was not really exposed to much racial division. I first started taking notice when I got a job at a hotel on the island of St. Martin, how some guests would approach and speak to me. It was almost a natural instinct that made me realize that I was being approached that way because of the color of my skin. Then I moved into the modeling business and there is where I had to build some tough skin. I just made it very clear to myself from very early in my career that I will fit in certain places better than others, so I decided to focus on which clients wanted me and what countries loved me and built my strength from there.

Many times during my career there would be countries that I would really want to go to visit but also work and I was told that it would be very hard as black girls don't do well there. Well, I can say I went to all of them and did very very well. I would say that I broke [a] barrier [for] me because I had my skin, color, and my age [held] against me.

As a child, I had grandparents who worked hard to support the family. I also had to do a lot of the hard work. Things like washing bananas and preparing them for export and street vending pushed me to know exactly what I wanted in life. Back then I hated it all, but now I realize that that is what pushed me to be where I am today. So if I have to think of what or who inspires me now, I would say it's the memory of my hard-working grandparents. If I have to choose living persons now who inspire me then my answers would be Paulo Cuelho, Oprah Winfrey, and Serena and Venus Williams.

NEXT UP
Fashion
The Popcorn Top Is The Latest Y2K Trend Making A Comeback
Fashion
Salehe Bembury’s Coveted Crocs Are Back Again, Here’s How To Get A Pair
Fashion
Megan Thee Stallion, An Adidas Collab, & More From Balenciaga’s Spring 2023 Show
Fashion
The Best Fashion Moments From The 2022 Cannes Film Festival