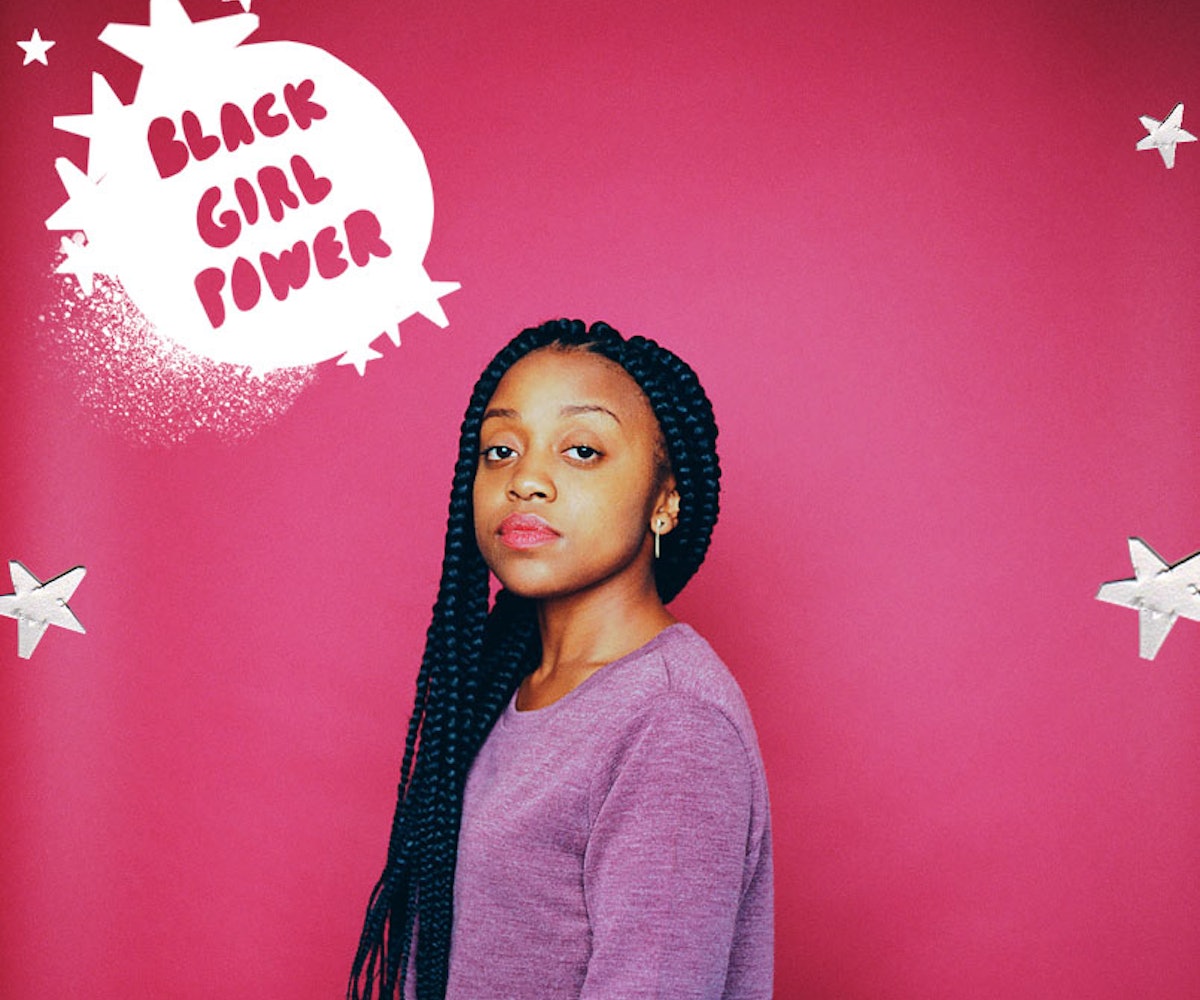 If you regularly binge watch videos on Buzzfeed, you're probably very familiar with the face of Quinta Brunson. Originally from Philadelphia, the 26-year-old is a producer at BuzzFeed Motion Pictures where she writes, directs, acts and is involved with pre- and post-production of all videos. "A friend invited me to BuzzFeed to be in a video, and I so enjoyed the environment and seeing a bunch of young people able to make whatever they liked," she said. "That was enticing to me."

Growing up, Brunson was inspired by what she watched on television; now, it's what she finds on the Internet. "I am now inspired by the work of my peers and people I truly admire, as well as good content," she said. "I'm inspired by my friends, Kenny and Keith, who have a cartoon about them on Fox. My co-worker Freddie inspires me with every single video she makes. Just last night I was inspired by my co-worker Becky who shared her video about Alopecia taking her hair away. I love stories of strength in the face of adversity."

As for movie recommendations? Brunson suggests Creed and Star Wars. "I like super hero movies," she added. "Kids who are like me when I was younger (like my nieces and nephews) inspire me. I need to make the world better for them. My friends, family, and co-workers are huge inspirations."

Get the 411 on Brunson in the interview, below!

I trust in myself, very deeply. I trust in my talent, as well as my message. Having an ultimate long-term goal of the change I would like to make in this world keeps me focused and safe from anything that could harm or misunderstand me. Sometimes, this means saying no to certain opportunities. Other times, it means saying "yes" to an opportunity less attractive to everyone else. However, I stay anchored and remain at peace with myself.

What steps were necessary to take in order for you to be fully prepared for the job you have now?

Having a good work ethic is really important for this job. It's heavy work at times, and that work all belongs to you. If i hadn't understood the beauty of hard work, I may not have been able to flourish here. Studying media in college and constantly afterwards I found to be important as well.

What pieces of work in your portfolio are you most proud of so far?

I'm very proud of almost everything I've done at BuzzFeed. I'm really proud of my

The Girl Who's Never Been on a Nice Date

series. I also take great pride in my stand-up.

At my job, we have a piece of software that tells us which thumbnail will get the best response for our videos. 9/10 this system will pick a thumb with a white person on it, over a thumb with a black person. The piece of software itself isn't racist, it's just recording the views of the world around us. I made it a small goal of mine to start beating that computer software with my face on the thumbnail of my videos. In time, I did. I was making so many videos that people enjoyed, that my face—a black face—became more popular than the default norm. That was huge for me, and important for all black women I work with.

From a young age, my parents and teachers enriched me with pride. This was important, because as a kid, you don't typically know yet how bad the world can be. The realities given to you are truth. For me, my black identity was a truth and quite normal. By the age of 8, I knew the entire Nguzo Saba, had studied black artists, leaders, and writers, knew the ins-and-outs of the African slave trade, visited where The Million Man march took place and had seen

...twice. African culture and American history were a part of my upbringing.

The identity issues I have had have come up more recently, in light of my twenties and the state of our country. I'm growing into my own political and personal thoughts and views more solidly, and being black puts you in a constant state of awareness everyday when it comes to your own identity.

How do you feel about the future of media?

It's bright, and it's going to be quite the ride. Respect for new developments will be vital.