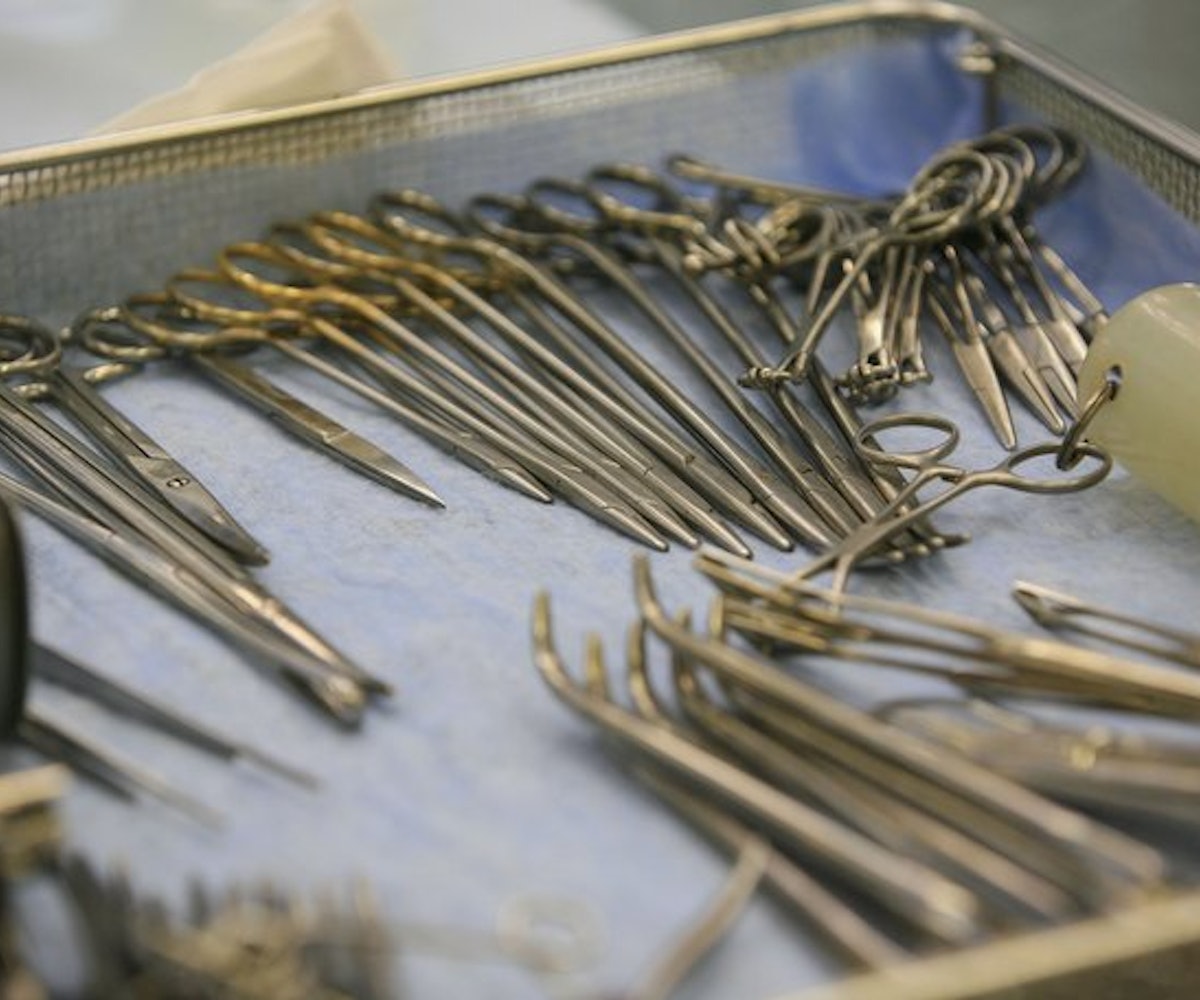 A healthy, 30-year old man living in Stockholm, Sweden died during penis enlargement surgery, and we need to talk about why this is a huge problem.

The procedure would entail removing fat from another region of the body and injecting it into the male organ, but during this man's surgery, his blood pressure dropped and he suffered a heart attack, passing away two hours later despite the life-saving efforts of the surgeons.

According to the Journal of Forensic Sciences, "This is the first described case where a seemingly simple and safe procedure of penis enlargement by autologous fat transfer caused sudden death in a healthy young man."

Articles in magazines glorify the sexual abilities of a larger member, musicians constantly refer to their dick size in popular songs, and people of all genders are guilty in participating in dialogue that shames men for their size. It's no wonder men are turning to surgeries that could potentially be life-threatening in order to gain a sense of masculinity and manliness that society tells them they lack, all based on the size of their genitals. It's absurd and problematic.

We need to find a new, healthy way to define masculinity that doesn't shame men for the parts they are born with. There is no shame in body modification if it's something that will increase the quality of life for an individual, but if this potentially harmful surgery is simply a step towards conforming to what society says is correct, then maybe it's time we redefine that standard.