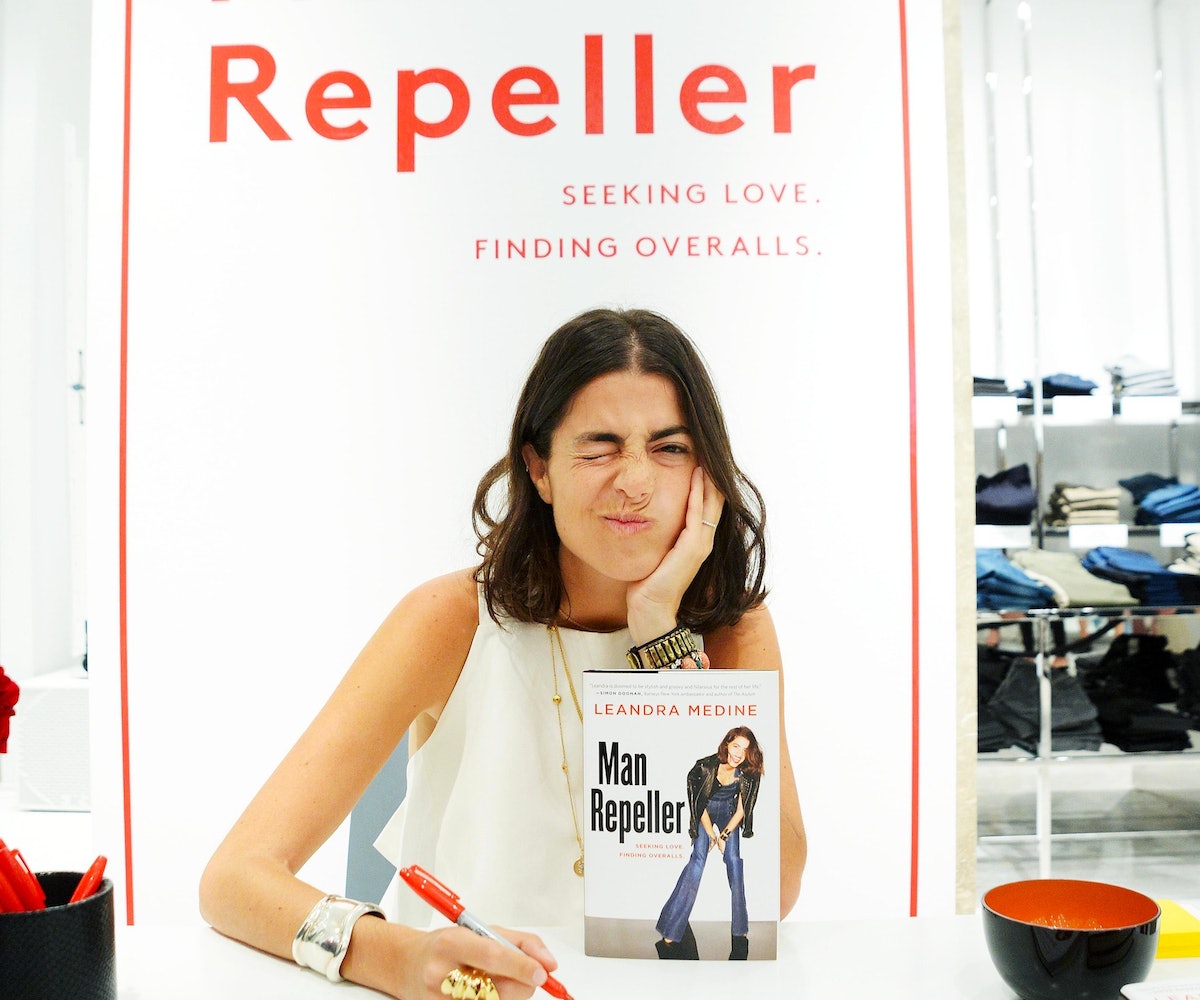 I remember the exact moment I heard about Man Repeller. I was sitting in the library in college, not studying (trolling Facebook, obviously), and saw the site pop up on my newsfeed no fewer than five times.

The blog was hilarious, clever, spot-on, and somehow managed to poke fun at fashion while simultaneously being written by a style-obsessed smart aleck. In other words, it was true love.

Clearly Leandra Medine hasn't slowed down a bit since her first post way back in 2010--in fact, she's sped up into a sprint, expanding the blog and herself into a brand. And with her debut novel, Man Repeller: Seeking Love. Finding Overalls, the New Yorker is taking her wise words on harem pants, jumpsuits, and New Balance sneakers offline.

It makes sense to wonder why a book would be necessary when Medine already has a massive internet following; however, the memoir goes far beyond outfit anecdotes and lists about why she loves Canadian tuxedos. It's more of an in-depth look into her life via clothing, from experimenting with fashion as a kindergartener in a too-frilly dress all the way up until her wedding day (because, yep, even Man Repellers get married).

If you thought that Medine couldn't take her candidness any further than she already has, think again. She doesn't sugarcoat anything, which is exactly what makes it such an engaging read. She goes deep into her romantic history, awkward phases (too-tight white pants, mouth retainers, unfortunate shoe choices) plus plenty of cringeworthy moments that we'll keep as a surprise.

Bottom line: this is a quick, easy read that you can finish in two days flat and then pass along to your friends. Which, if you think about the blog's viral beginnings...isn't that basically what it's all about?