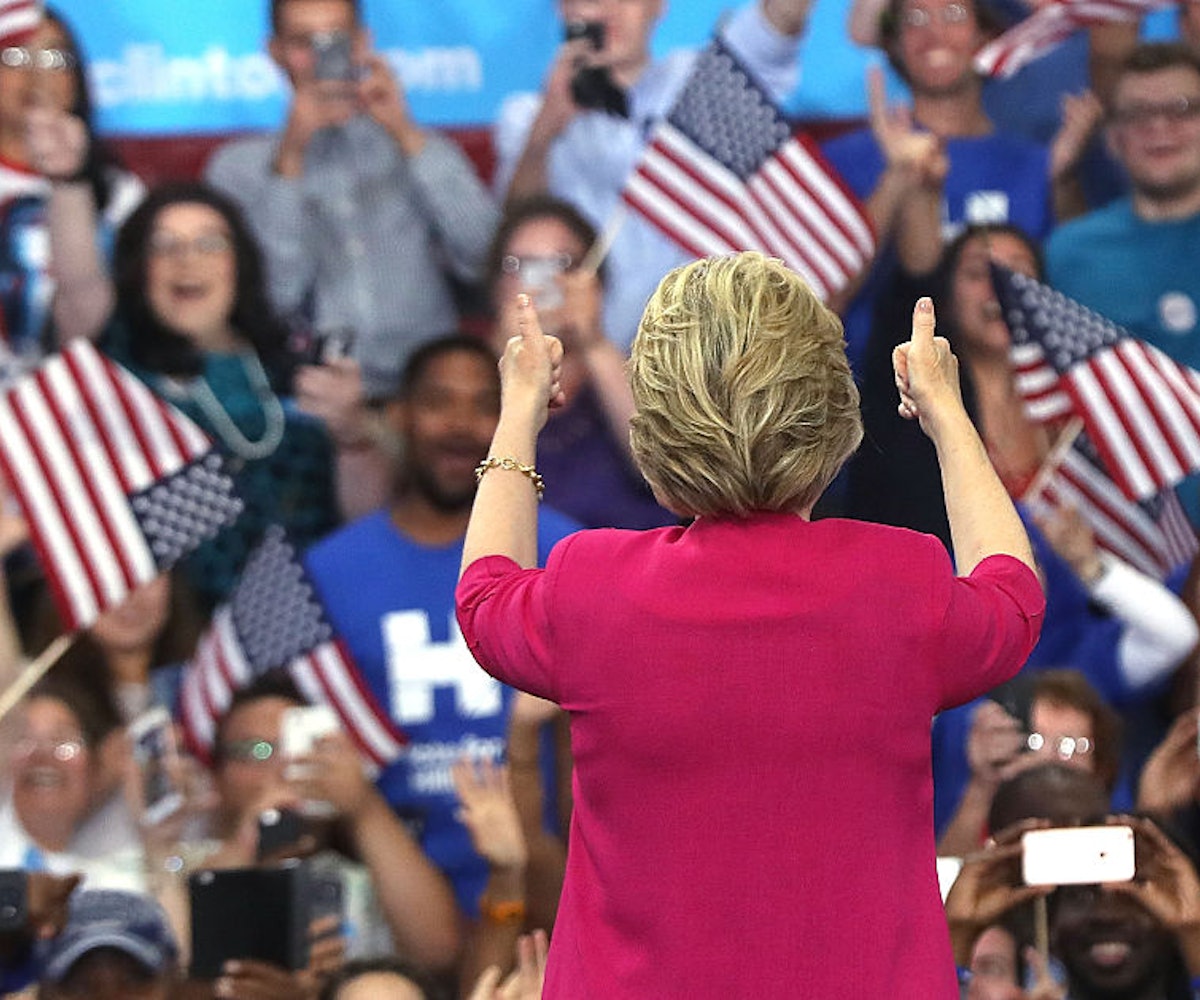 Millennials don't usually get a fair shake in the media. This generation gets blamed for being lazy and apathetic, for being disconnected and emotionally immature, for being more likely to have a meme tattooed on their arm than the word "mom." We've long thought that these stereotypes are little more than bullshit perpetuated by judgmental older generations who feel out-of-touch with the youth and eager to blame millennials for all of society's ills. This is, to quote one of our current presidential candidates, "sad!"

Luckily for any millennials who have absorbed all of these garbage tropes about themselves, there's now positive proof that while millennials might be just a little too eager to invoke the saintly Harambe at any given opportunity, they are also, on the whole, smart and not swayed by the rhetoric of proto-fascists. Nice.

Teen Vogue reported that a SurveyMonkey map demonstrates that if the only Americans voting in this election were the 69 million millennials (ages 18 to 34), then Hillary Clinton would win in a landslide. We repeat, nice. In fact, this map predicts that, with only millennials voting, Trump would win just five states, all of which have some of the lowest numbers of electoral votes. This is in stark contrast to FiveThirtyEight's map of the full American electorate, which predicts Donald Trump will win 22 states. Admittedly, Trump is still expected to lose, but the numbers are wildly different when older voters are included. And if only senior citizens were allowed to vote? It would be Trump winning in a landslide.

Of course, millennials don't vote at the same rates that older Americans do, making it all the more important that we exercise our rights this November 8 and cast our ballots for our candidate of choice. The future is ours, after all, and we don't want to let our grandparents install a bigoted chauvinist to lead us there, do we? No. No, we don't.