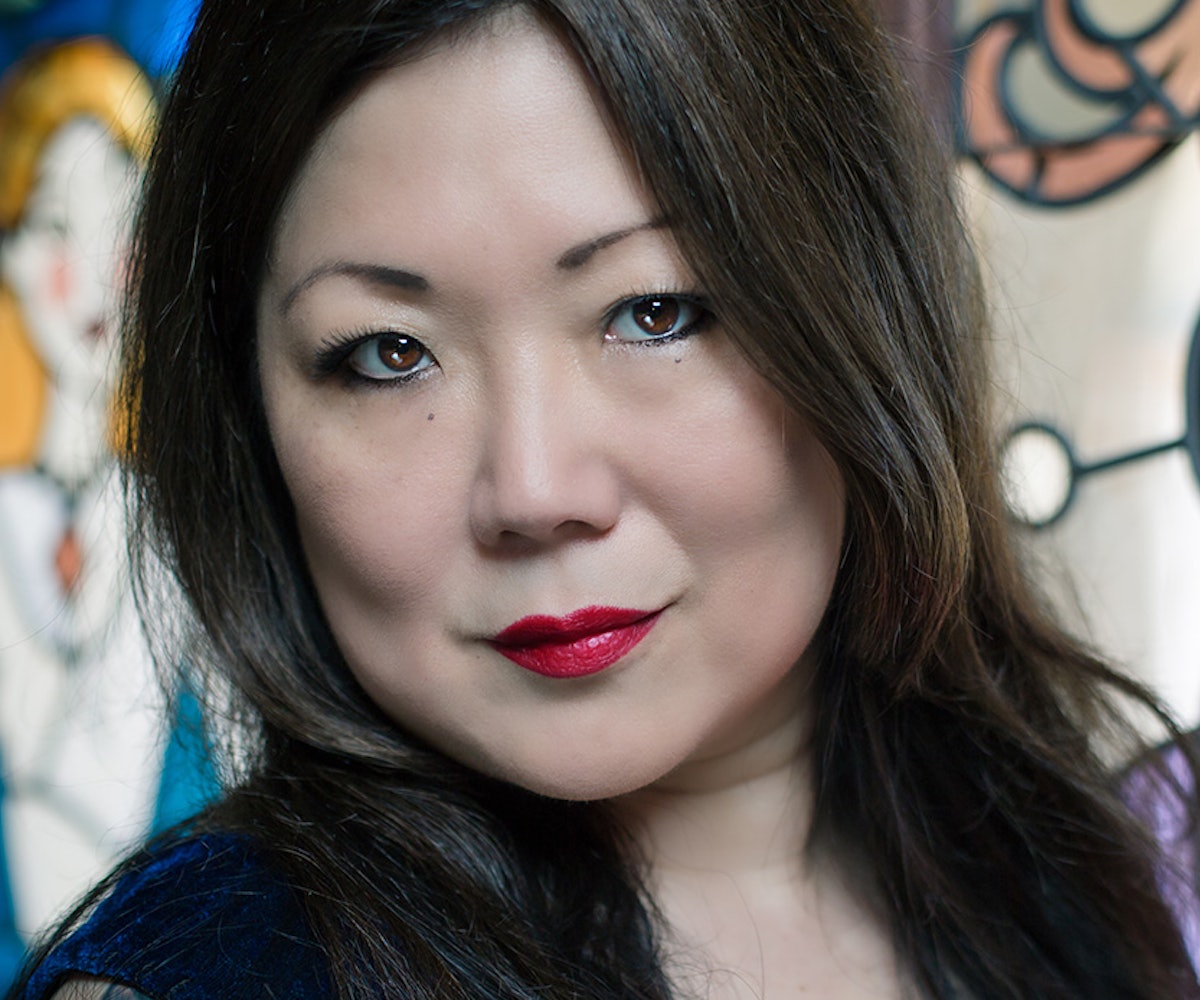 I was raped by my uncle from the age of five to 12, and I told my family, and they believed me, but their solution was “don’t sit on his lap so much, then.”

He had already raped other girls and women in my family, so of course they believed me, but it was more important to them to keep the peace and not bring "shame" to him.

This was one of the reasons why I left home at an early age. I couldn’t stand being around my molester and I had so much hate in my heart that there was no way for me to stop from attacking him. My family lied and said I was in "college."

Many years later, I was being honored at a special event, and my family all wanted to attend, and they brought my molester, who I had not seen for a long time. He put his arms around me and I whispered in his ear, “You know what you did, and I am going to fucking kill you.” He immediately released me, and I gave him a big smile.

I wanted to write this song because it felt so good to threaten his life, and I wondered if any survivors had ever done something like that. I am not a violent person, but I truly believe that when you are raped, underneath the shame, sadness, and utter loneliness is a murderous rage. When that rage remains buried, it leads to self-abuse. For me, it was eating disorders, drug addiction, depression, and suicide. I had the epiphany that I needed to kill the rapist inside me, instead of killing myself.

My initial abuse led to many, many, many other rapes. I had pushed my own needs so deep inside, I was vulnerable to others.

I wrote this song at The Convent in San Francisco, which is a brilliant artists' collective where I was living while doing my homeless outreach, #BeRobin. I wrote the lyrics in about five minutes, and my partners Andy Moraga and Roger Rocha easily composed a melody to it. we performed it that night with my comedy daughter Kate Willett singing backup, and when we started singing it, many audience members sang the chorus with us, screamed, cried—and I was shocked by the reaction, because the song was so new yet felt so true, so right. People came up to me after, literally shaking with anger and sadness and they held me, in the same way I was held by my molester, and they whispered the secrets of their sexual abuse. I wept with gratitude.

We recorded the song immediately, and then collaborated with a brilliant team–Bryan Mir, Ben Eisner, and Bri Gonzales. Andy and I worked out the story and we hammered out every detail, every moment with our three “B”s.

The shoot was a very long and intense one, and all the young people (between the ages of 11 weeks and 18 years old) were so impressive with their martial-arts skill—except the baby—Ryder Hurst—who is Jackson Hurst’s son. Jackson is one of my best friends and an astounding actor, and he plays the rapist in our little action film.

My favorite person in the video is Paris Bravo. She does many of the stunts and rises up from a backflip brandishing evil-looking blades. She was abused by her uncle at three, and she stood on the witness stand—at six years of age—and looked him right in the eye and said, “I love you, you are my best friend, but you hurt me, and I will never let you hurt another little girl again.” With that statement, she put him in prison for good. She is now is 10, and a tremendous actress, activist for victim’s rights, and a bad-ass karate expert.

I shaved my head in the video with Hye Yun Park, who plays one of the instructors. I was inspired by Sinead O’Connor, as well as all those movies when you see a woman shave her head to signify a transformation (G.I. Jane, Thunder Road, V for Vendetta). I really love it now, because I have been so scared of losing my hair. I have started to show some female pattern baldness as many of the women in my family do, possibly from the stress of keeping the men’s secrets for so long. I love my head now. I think I look pretty and strong. I plan to keep it shaved for a while. This was a good lesson in facing my fear head on—pun intended.

When the children (boys and girls—it should be mentioned that many boys and men suffer from sexual abuse, yet they are often silenced by society, as we all are, but rape has long been considered just a women’s issue) chase Jackson up the hill, I felt as if a tremendous burden had been lifted from me.

I don’t advocate violence, but I also don’t wish to bottle up my rage until it corrodes me from within. I believe cathartic rage has its place in art. I also do not advocate forgiveness. I don’t wish to forgive. I wish to allow my rage to burn out the memory of what these evil men have done. I want to protect the innocent and heal the survivors. I hope you enjoy this video.