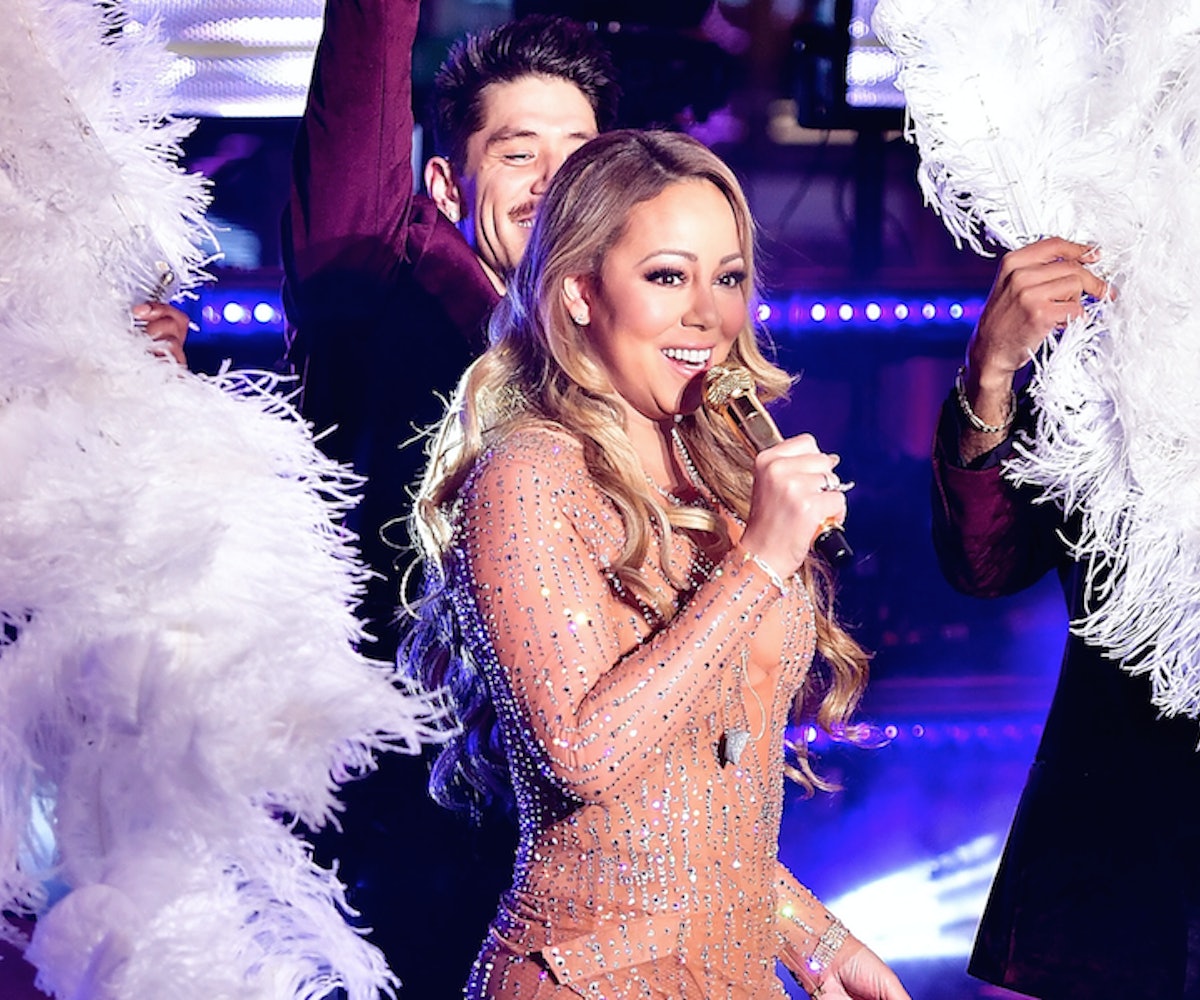 Last year's ultimate New Year's Eve kerfuffle, in which a high-profile, pre-midnight performance by Mariah Carey was royally botched, generated weeks worth of headlines. Mariah claimed her set was "sabotaged," as reporters interrogated sound techs and TV hosts alike. Now, everyone's favorite elusive chanteuse is back for a second chance—and this time she's not risking anything.

According to TMZ, Mariah headed back to NYC for a rehearsal in anticipation of her upcoming performance at Dick Clark's Rockin' New Year's Eve. She's playing it extra safe and testing all of the equipment after claiming that her earpiece malfunctioned during her set last year—despite testimony from the crew that stated otherwise, implicitly blaming the disaster on Mariah's lack of preparation.

Reports indicate that both Mariah and Dick Clark's teams brokered the deal for a NYE do-over, fully aware that ratings might spike as audiences await another catastrophe.

"New year [is] about new beginnings," host Ryan Seacrest said. "[Mariah's] a legendary, iconic artist so we’re excited to have her back to do it again... I think people are excited to see her back. People love her. She’s beloved. I think it’s going to be an amazing moment with her."

Since 2016 and 2017 were both absolute nightmares for everyone on Earth, we're all for second chances, and are definitely rooting for Mariah. And it's important to keep in mind that while videos of Carey's public blunder are pretty stunning to watch, it's not exactly like she, you know, made the kind of mistakes made on a daily basis by the president, whose gaffes have horrific, worldwide repercussions. Happy New Year?!