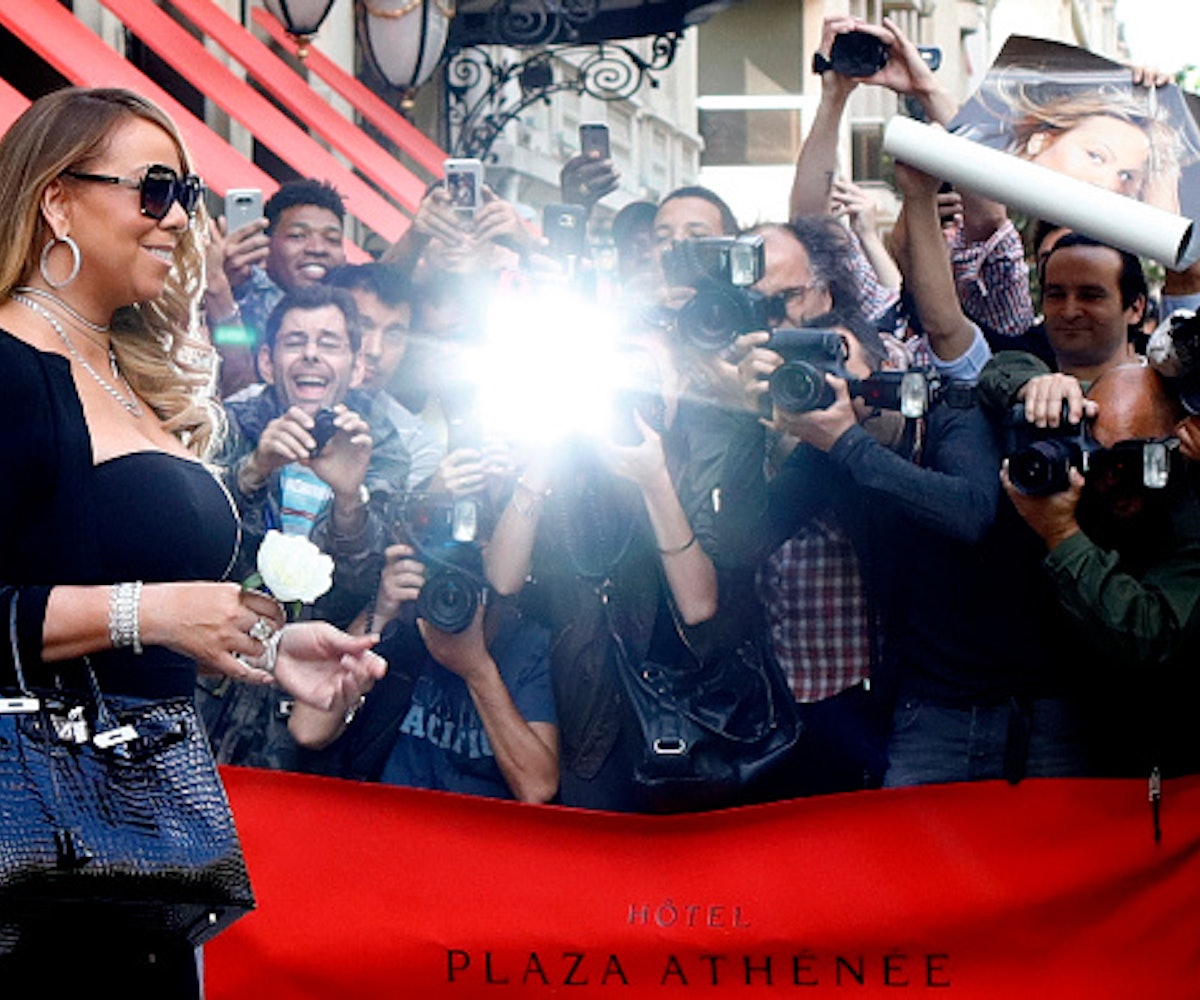 Mariah Carey's life is more interesting than fiction. Which is why Starz is centering a new scripted series on the diva's early years. Carey is going to executive produce a series about "an ambitious, bi-racial 16-year-old girl" growing up in New York City in the late '80s, who goes on to become one of the top-selling recording artists of all time, according to Deadline.

Because this show is on Starz, it will probably resemble Glitter, with a lot more sex and violence. It'll be interesting to see a glimpse of Carey, who occasionally wears a gown to ride the subway, before she was famous. The series will go all the way back to when she actually remembered what an electricity bill was. We imagine shirtless, oiled-up men won't be carrying her everywhere she goes. Or maybe they will be? We can't wait to find out.