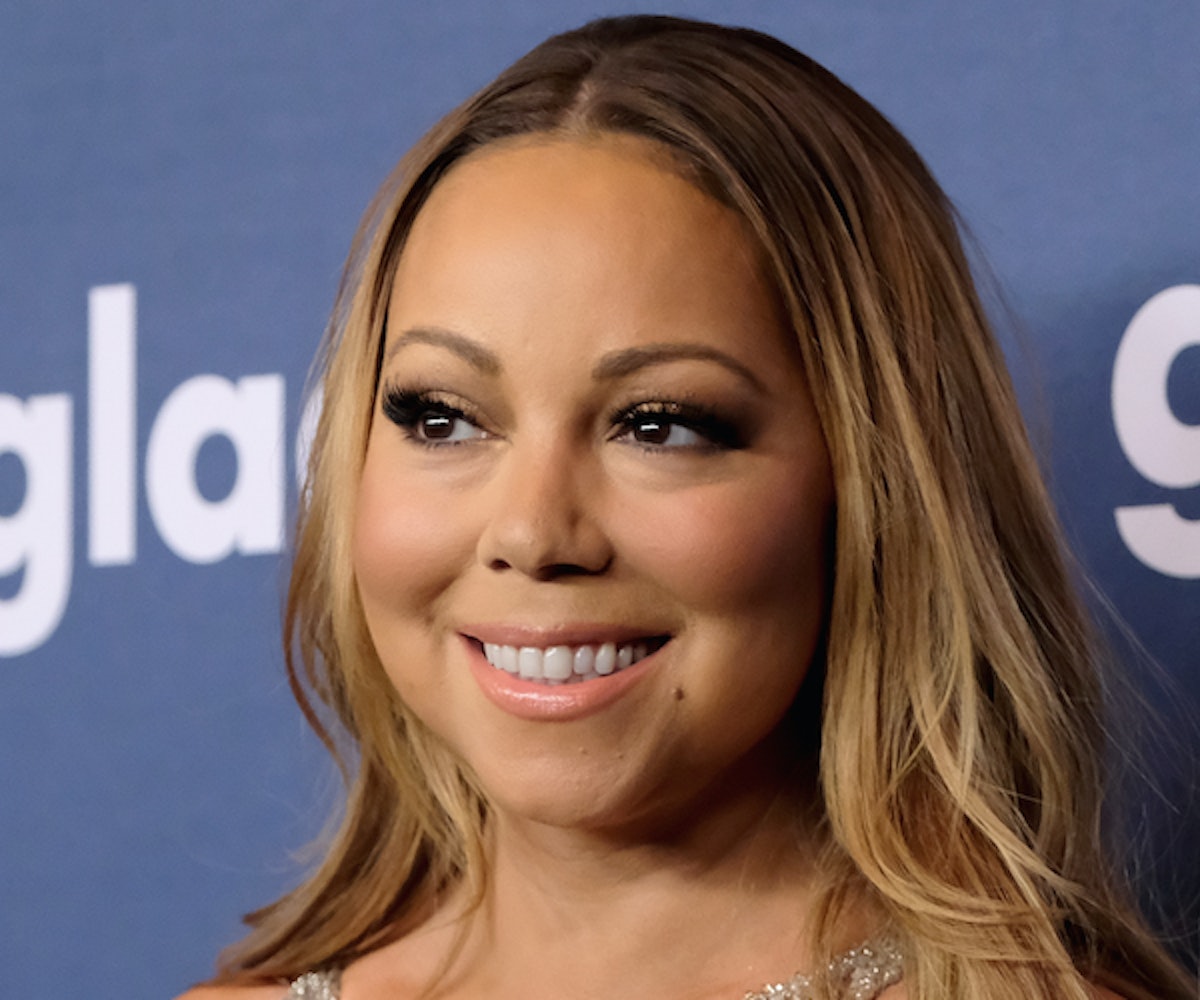 Last week was a hilarious one for memes. We were blessed with the exhausted SpongeBob SquarePants meme, woman squatting and squinting meme, and the "If you don't love me at my ____, then you don't deserve me at my ____." glow-up meme.

It was the latter one that caught the attention of one Mariah Carey, who took to the internet to share her own version.

Digg cites that the meme originated from a famous quote, often misattributed to Marilyn Monroe, that reads, "If you can't handle me at my worst, then you don't deserve me at my best."

The meme uses the quote along with one "before" photo, of a thing or person looking rough, and a second "after" photo, showcasing that same thing or person looking their best. The international shade queen uploaded the meme with a photo of herself with a questionable haircut and another showcasing her album cover for The Emancipation of Mimi, in which she looks like an ethereal golden goddess that she is. Iconic.

Fans of the singer flocked online to praise their idol's incredible meme work:

Tyra Banks also took the time over the weekend to make a meme of herself:

While Mindy Kaling hilariously responded to a meme someone made of her: