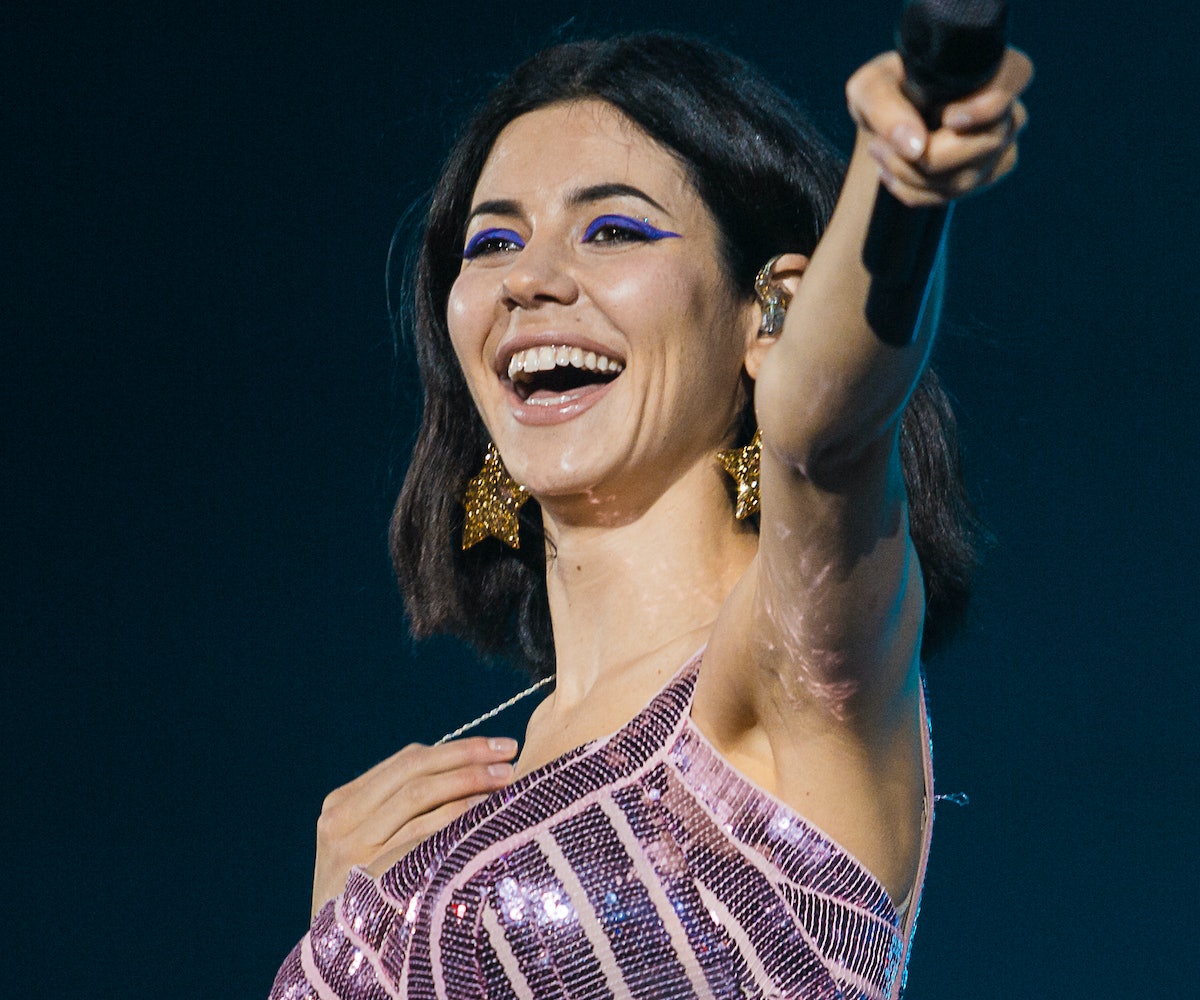 Marina Diamandis is back with new music. The Marina and the Diamonds vocalist announced her participation on a new Clean Bandit single, "Baby," also featuring Luis Fonsi.

Without much fuss, Diamandis tweeted out the single's artwork, followed by a simple statement: "Can't wait for you to hear it, my loves."  Same.

The single is set to be released this Friday, November 2, just a few weeks before Clean Bandit's long-awaited second studio album, What Is Love? The 12-track project (16, if we're talking the deluxe edition) is feature-heavy, with appearances by Ellie Goulding, Charli XCX, Bhad Bhabie, and more. The electronic act has been steadily releasing singles off of the album since 2016, including heavy-hitters "Rockabye," featuring Sean Paul and Anne-Marie, and "Solo," featuring Demi Lovato. The entire record will be available to stream on November 30.

Speaking of long-awaited albums, it's been three long years since Marina's FROOT, so we can only hope she has more music coming our way in the near future. For now, we'll just have to spin the two Clean Bandit collaborations Marina has cooked up, including last year's "Disconnect."