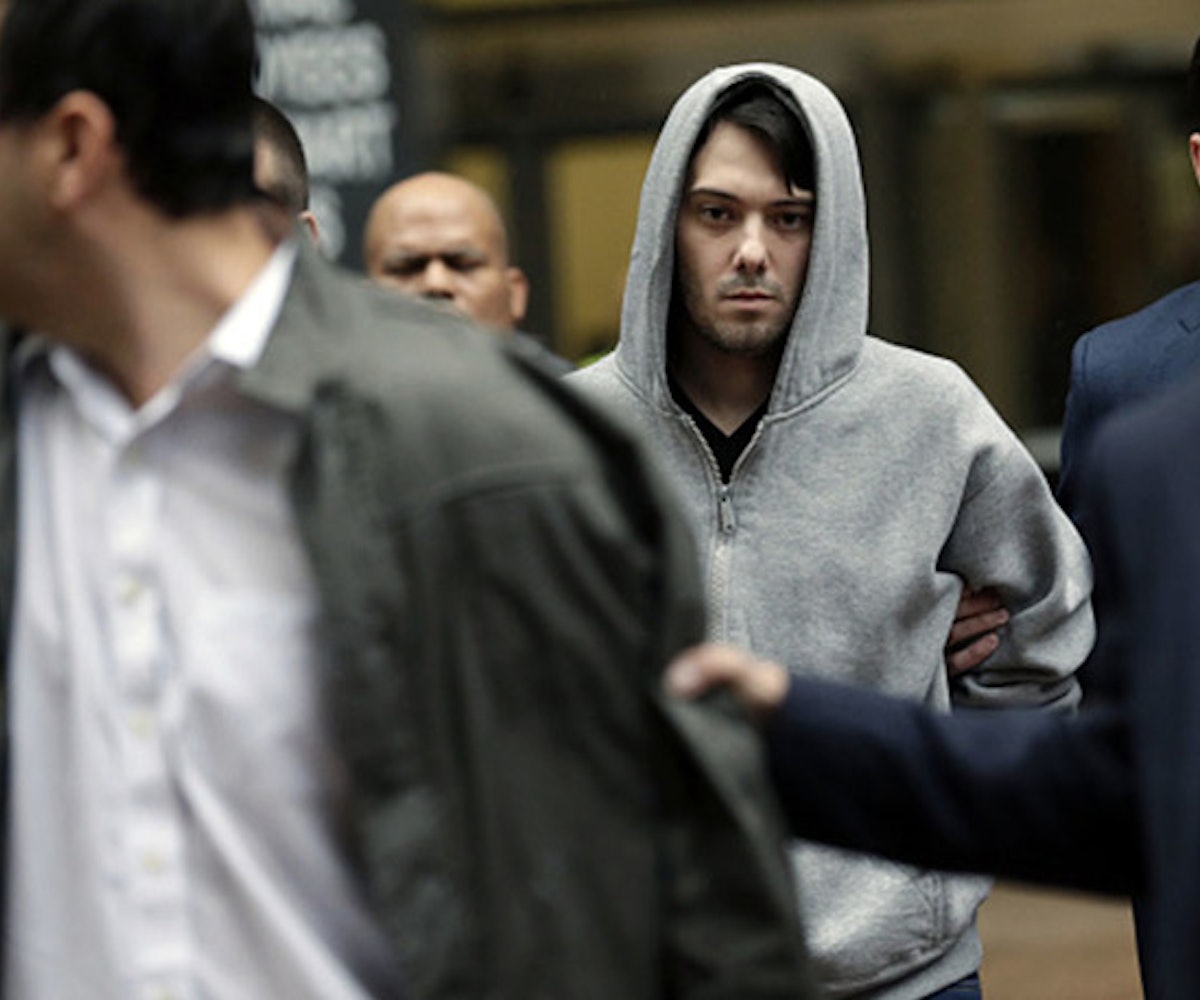 Martin Shkreli, famous for jacking up the price of life-saving drugs and harassing women on the internet, was sent to jail yesterday after offering $5,000 on Facebook to anyone who could get him a strand of Hillary Clinton's hair.

After being convicted of fraud last month, Shkreli was free on $5 million bail, according to the New York Times, and was awaiting sentencing. That's when he thought it'd be a good idea to place a bounty on the former presidential candidate's hair. He asked someone to "grab a hair" from Clinton's head during her book tour.

Shkreli later edited his post to say that it was "satire, meant for humor," only to post again the following day. “$5,000 but the hair has to include a follicle," he wrote. "Do not assault anyone for any reason ever (LOLIBERALS).”

His lawyer tried to argue that Shkreli wasn't violent, just very dumb. “He says things that are stupid," his attorney, Benjamin Brafman, said. "I don’t think stupid makes you violent."

But the court disagreed. “What is funny about that?” Judge Kiyo Matsumoto said of Shkreli's posts. “He doesn’t know who his followers are.”

After Matsumoto decided to send Shkreli to jail, his mood changed drastically, according to the Times. He went from "animated" like a cartoon villain to sitting quietly for the rest of the hearing. Then, wearing a "lavender button-down shirt," he was escorted to a federal prison in Brooklyn, New York.

Everyone's pretty excited this pile of trash is going back to jail. No one will ever forgive him for disrespecting the Wu-Tang Clan.

NEXT UP
Life
Read An Exclusive Excerpt From I’ve Had To Think Up A Way To Survive: On Trauma, Persistence, and Dolly Parton
Life
On Repeat: Vaquera’s Away Collaboration Is Brought To You By Britney Spears B-Sides
Life
NYLON Newsletter: October 4, 2022
Entertainment
Soccer Mommy, Wet Leg, & 48 More Artists Made An Album For Abortion Rights