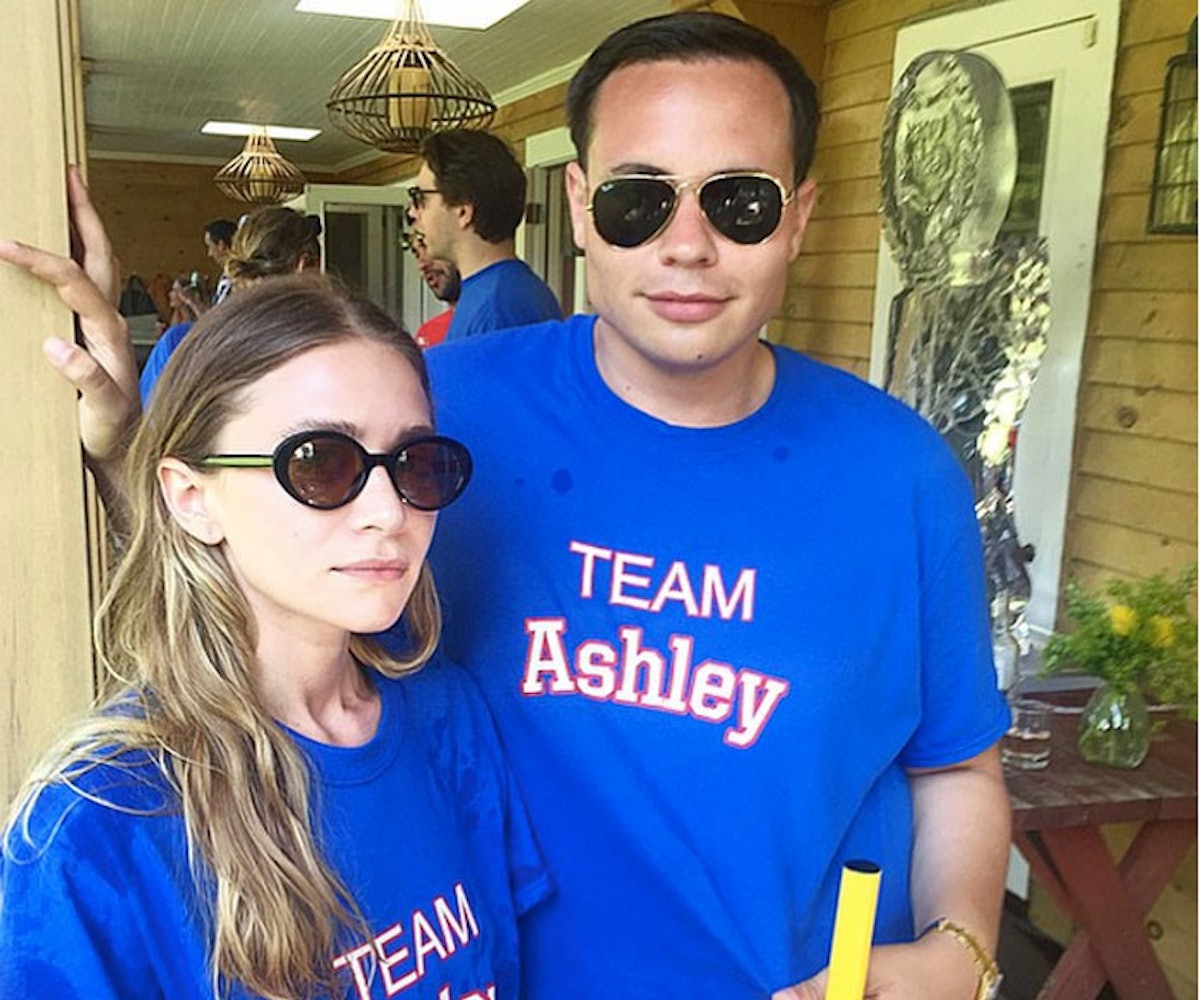 The Olsen twins made an entire generation jealous since before they could spell, so naturally they continued that time-honored tradition with a birthday of Olympic proportions. The two duked it out for sibling supremacy in a series of competitive games. Party guests were split into two teams, and given t-shirts (which will undoubtedly become collectors items) with "Team Ashley" and "Team Mary-Kate" branded across their chests. Even MK and Ashley ditched their recognizable, matron-chic styles to wear custom tees and denim cutoffs.

The day was packed with back-to-back games, meant to test the very limits of human skill, precision, and mental fortitude. Events included extreme challenges like dunk tanks and foot races. It must have been a sight to see attendees like Yale Breslin and Alexis Page sent to a watery grave by MK's sweet fastball. However, at the end of the day, it appears as though Ashley's team came out on top. Although only one twin could stand victorious, they both take the third place trophy for best celebrity birthday of 2015, behind

Click through the gallery to see photos from the event.

Red, to get the other team riled up.