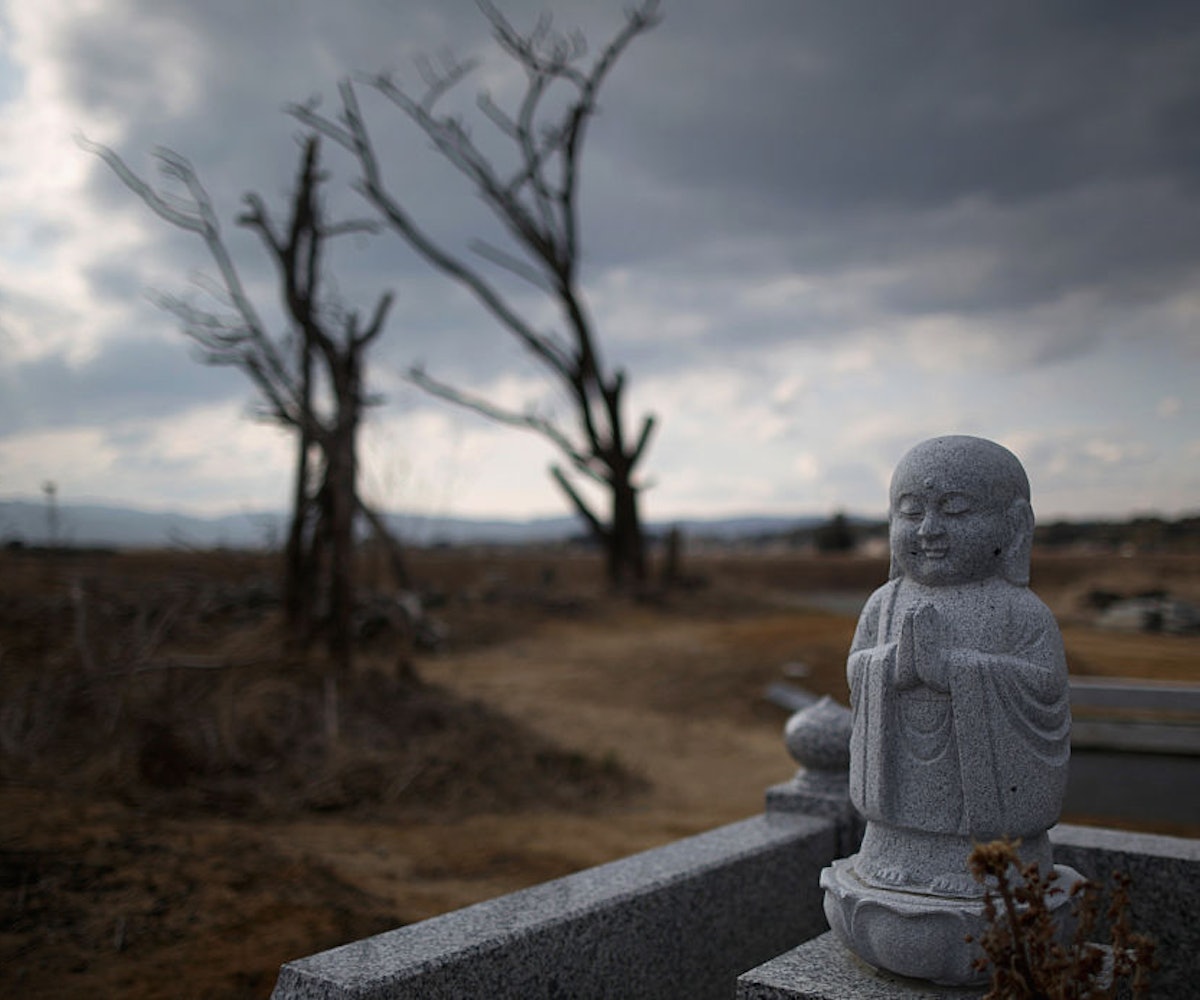 Japan has been hit with a 7.3 magnitude earthquake, which hit the country just before 6am on Tuesday morning. According to CNN, the Japan Meteorological Agency has warned that "a tsunami wave of 1-3 meters (3-10 feet) is possible." There are already some reports of tsunami waves being spotted off the coast of Fukushima province, the area of Japan which was so horrifically devastated by the earthquake and tsunami that struck the country on March 11, 2011. That earthquake was a 9.0 magnitude, killed approximately 20,000 people, and led to a tsunami breaching the Fukushima nuclear plant's walls, causing a disastrous meltdown.

Today's earthquake's effects were felt in Tokyo, and two aftershocks, with magnitudes of 5.4 and 4.8, were also reported. The quake was thought to be one that moved along lateral plate lines, which is not the kind of earthquake usually associated with major tsunamis. However, news channels in Japan are urging residents to flee the coastlines and evacuate any high-risk areas. Via CNN, Japanese network NHK is reminding people: "Please do not think that you are safe. Please evacuate to high grounds. Please think about the worst-case scenario and evacuate right away."

We will update this story as we learn more.