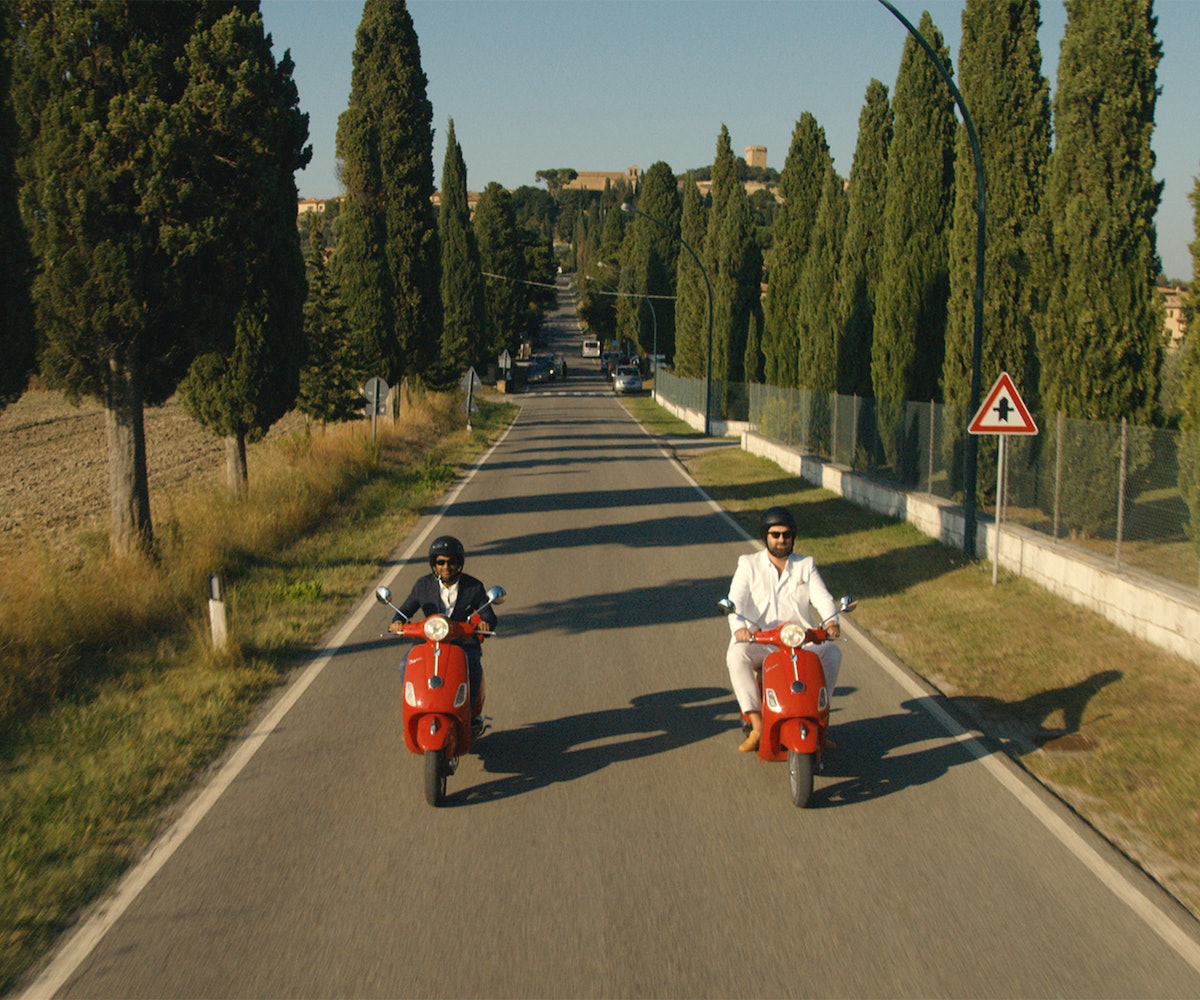 “First Dates,” the fourth episode of Master of None's second season, opens with a short vignette of women swiping through a dating app—at a funeral, on the toilet, at a bar with friends—until they come across Dev, the lead character played by series co-creator Aziz Ansari. They look through his profile, mock his pics (“Think he likes pasta much?”), and either swipe left or right. It ends with Dev at a bar with his friend Arnold (Eric Wareheim, who directed the episode), exclaiming proudly, “I got a match!” This simple but very clever reversal of perspectives—normally, the show’s protagonist would be doing the swiping—is typical of Master of None’s often brilliant, always breezy, second season.

In this latest batch of episodes (10 in total; we’ve seen the first four), Ansari and his creative partner, Alan Yang, are back to their old tricks, but this time they perform them with a cooler self-assurance. The show is once again focused on Dev’s gastronomical and romantic pursuits, but it’s done with a loose confidence that was hinted at in the terrific first season, now in full bloom. Ansari and Yang aren’t too preoccupied with the traditional building blocks of linear storytelling as they are with harvesting a specific mood and tone. Creating any form of scripted entertainment is a painstaking process, and there’s no doubt that a self-critical perfectionist like Ansari slaved over every detail of every episode, but it does not show. Like it’s easygoing lead character, Master of None is down for whatever.

Ansari trusts that his audience, at this point trained in the flights of fancy of auteur-driven television, is as open-minded as he is, and thus is willing to go wherever he wants to take them. Take the premiere, a stunning episode shot entirely in black-and-white, spoken mostly in Italian, and set in the northern city of Modena, a setting that seems pulled from the Italian neorealist cinema to which Ansari is lovingly paying homage. At the end of last season, Dev, nursing a broken heart, went into a self-imposed exile to Italy to learn pasta making, and season two picks up in the waning days of his exodus. He’s now semi-fluent in the language, buds with the locals, and is right at home cycling through the narrow cobblestone streets. He has also, of course, met a girl (the charming Alessandra Mastronardi), who has a boyfriend but who, based on the look she gives him when they eventually hug goodbye, will factor into the season later on. The episode, like the ones that follow, are gorgeous to look at; vivid and immaculately composed, the visuals borrow more from art house cinema than they do from television sitcoms.

That first episode, which involves a stolen iPhone (an homage to the 1948 film by Vittorio de Sica, The Bicycle Thief), is followed by another picaresque Italian adventure, where Dev is joined in the countryside by his “big bud” Arnold (Dev is “little bud”). The 30 minutes that follow, as Ansari and Wareheim make the most out of the sumptuous Italian countryside on their way to an ex’s wedding, is peak Master of None, a laugh-out-loud short film that treats eating great food with great friends with the same reverence as it does moving on from a broken heart. It’s an intoxicating medley.

The third episode, titled “Religion,” and the aforementioned fourth, which follows Dev on a series of first dates, stand as two platonic examples of Ansari following his two primary muses: His cultural heritage as an Indian-American and smartphone-assisted dating. In “Religion,” Ansari reveals to his Muslim parents (once again, played by Ansari’s real parents, both scene-stealers) that he eats pork, and, in a gleeful scene, Dev and his younger cousin go HAM at a BBQ festival. By the final scene, the episode’s quiet power sneaks up on you. And in “First Dates,” which should win an Emmy for best editing, many dates are stitched together to feel like one, continuous evening. It’s exhilarating to see.

Ansari has said that the third season of Master of None isn’t a sure thing. Like Louis C.K. and his groundbreaking FX show Louie, arguably Ansari’s biggest inspiration, Ansari only makes television when he feels creatively juiced, not out of a contractual obligation. “I’ve got to become a different guy before I write a third season, is my personal thought,” he told New York's Vulture. “I’ve got to get married or have a kid or something. I don’t have anything else to say about being a young guy being single in New York eating food around town all the time.” If that’s indeed the case, then treat these 10 episodes like like a succulent meal at your favorite restaurant that might be closing soon, and savor it.