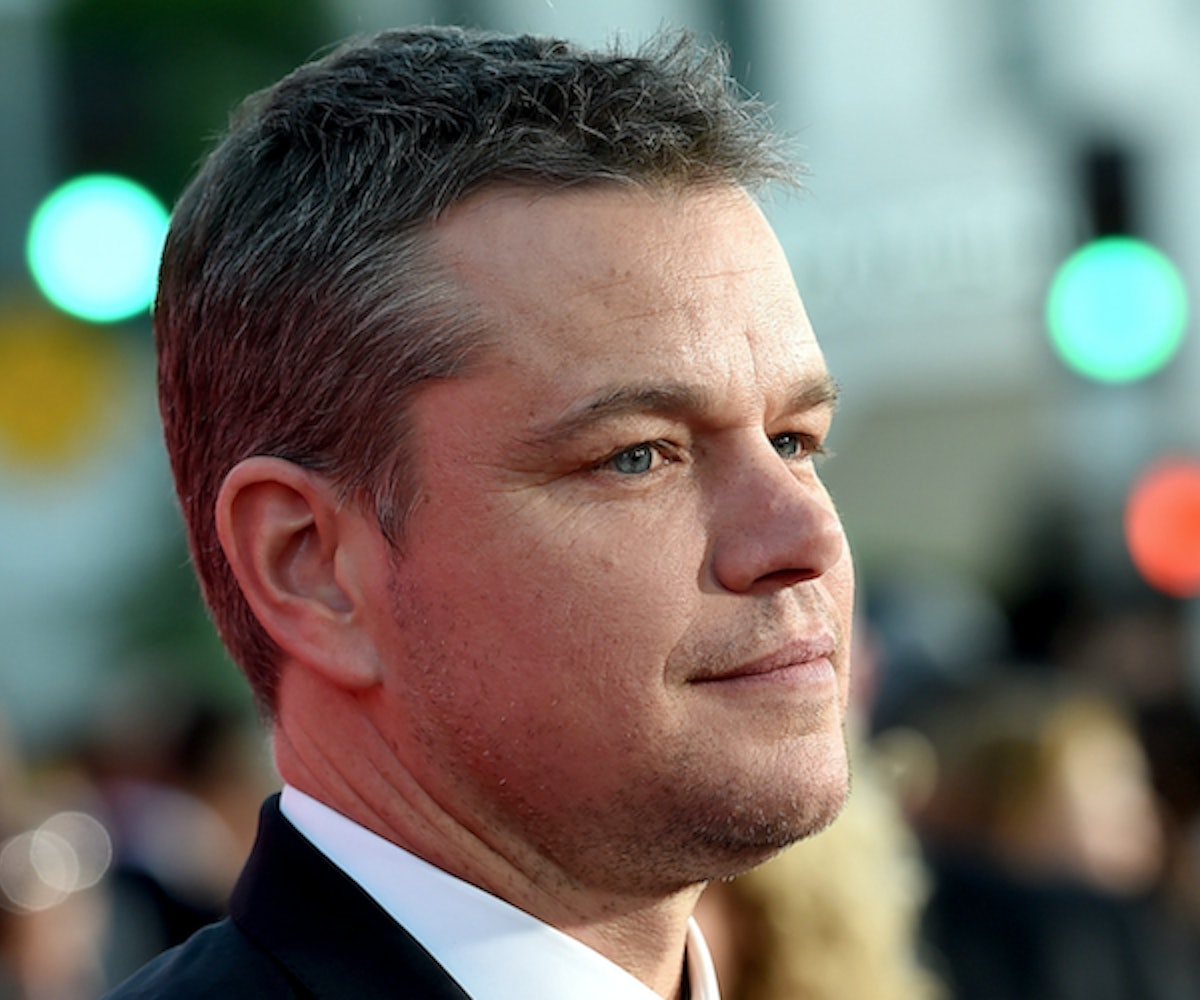 At long last, Matt Damon has decided to keep his gross, unwanted opinions about sexual abuse in Hollywood to himself. The actor—who came under fire last month for saying he believes that "there’s a difference between, you know, patting someone on the butt and rape or child molestation" and not enough talk around men who aren’t involved with sexual misconduct in Hollywood, because most men he knows “don’t do that”—is now down to shut it and, like, listen for a change. What a concept!

The actor issued an apology for his controversial comments while visiting the TODAY show earlier today, citing that he "really wish[ed] I’d listened a lot more before I weighed in on this. I think ultimately what it is for me is I don’t want to further anybody’s pain with anything I do or say, so for that, I’m really sorry."

He went on to add that many of the women heralding the Time's Up campaign are his "dear friends, and I love them and respect them and support what they’re doing and want to be a part of that change and want to go along for the ride. But, I should get in the backseat and close my mouth for a while.” May this be a lesson to everyone— especially men!—who wants to voice their opinion on issues that don't affect them: do your research or don't talk.

You can see his interview in full, here.