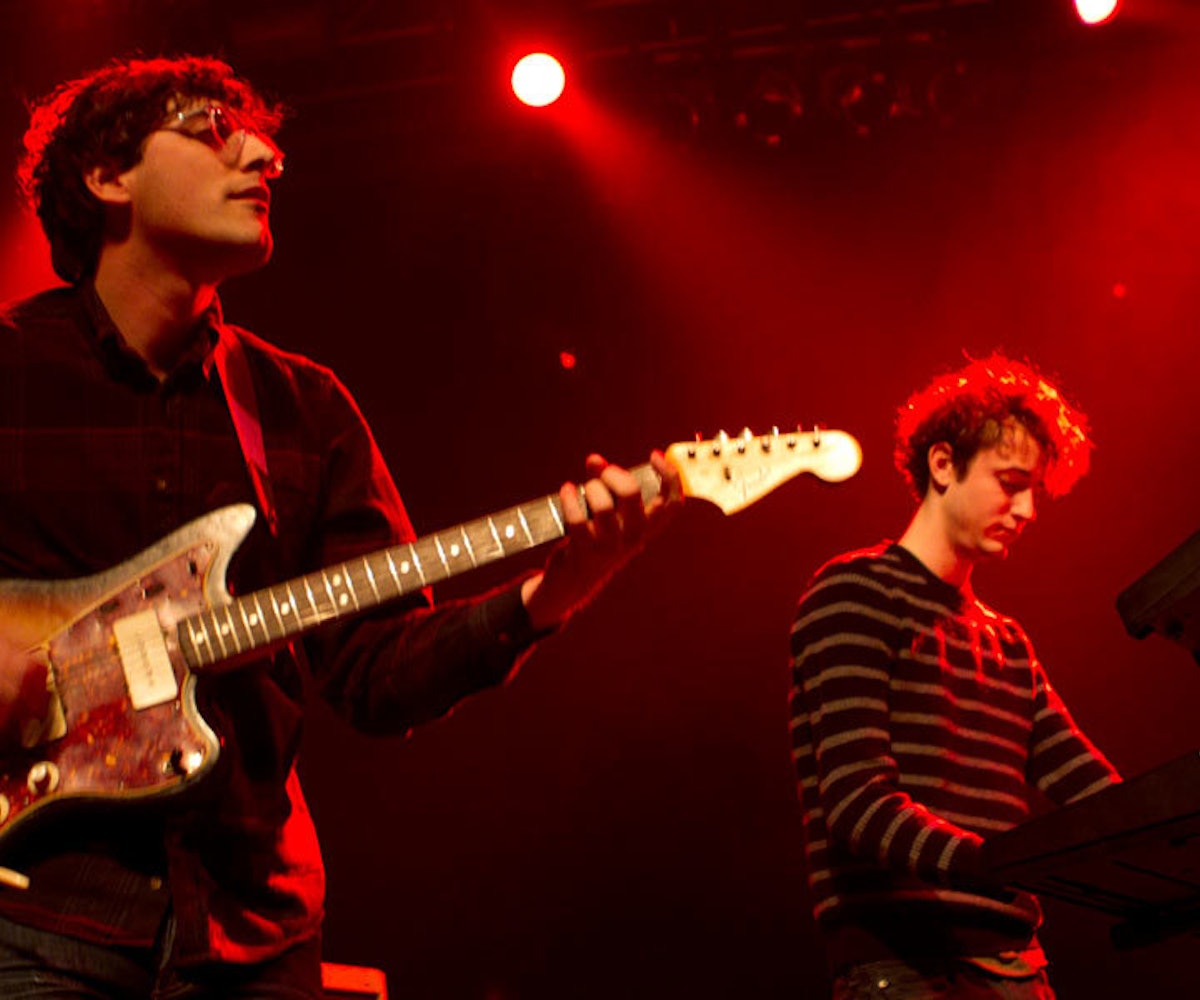 A statement, released through his lawyers, reads:

I am endlessly sorry for my inappropriate behavior. I took advantage of my position as a musician, though I never intended to hurt anyone emotionally or otherwise. I’ve been an insensitive creep and again I apologize to everyone and anyone affected by this. I respect and commend the women who have come forward.

We’re choosing to highlight that part—and that part only—because the other filler words are irrelevant. Really, the non-apology “apology” should’ve ended there. The “self-reflection” or “personal development” Mondanile plans on undergoing doesn’t interest us. Or, how he wants “everyone to be ok,” because, if he had, he wouldn’t have acted like the “insensitive creep” that he admits to being. And, he would do more than simply issue a statement finally acknowledging that he’s a sexual predator.

Oh, and don’t get us started on the second half, which insists that “there are two sides to these stories.” As my colleague put it, actually, both sides are that you’re a predator and a pig, Mondanile. Save it.

If you’re really interested in reading the full statement, it’s below. GQ had it right when it said no one knows how to apologize anymore. Add that to the list of shitty things 2017 has brought us.

Recently, there have been allegations and articles circulating regarding Musician Matthew Mondanile’s past conduct toward women. This statement, issued through his attorneys, is intended as a general response to what has been written.

First and foremost, Matt would like to apologize: “I am endlessly sorry for my inappropriate behavior. I took advantage of my position as a musician, though I never intended to hurt anyone emotionally or otherwise. I’ve been an insensitive creep and again I apologize to everyone and anyone who was affected by this. I respect and commend the women who have come forward. Their breaking silence has compelled me to seek a more intense course of self-reflection, and personal development. I make no excuses for my behavior, I only want everyone to be ok. Words cannot convey how truly sorry I am.”

Despite Matt’s attorneys’ legal analysis of the allegations, Matt has insisted that nothing be said that blames or casts aspersions upon his accusers. Much of what has been written and talked about is false and defamatory. Nonetheless, Matthew accepts responsibility for his less than exemplary behavior. Matt realizes that in his eagerness for physical contact and gratification, he has been far from sensitive in his pursuit of women. However, Matt’s attorneys insist that it should be known that for each of the instances described in the media and online, there are two sides to these stories.

Regarding Real Estate, the band required Matt to sign a “leaving agreement” in February 2016 that prohibits both him and the band members from making any negative or derogatory statements about the other, or that may negatively affect the other’s reputation and career. In violating the terms of the agreement, Real Estate band members were not “protecting the victims,” they were instead protecting themselves by sidestepping the controversy to protect the band’s commercial viability.