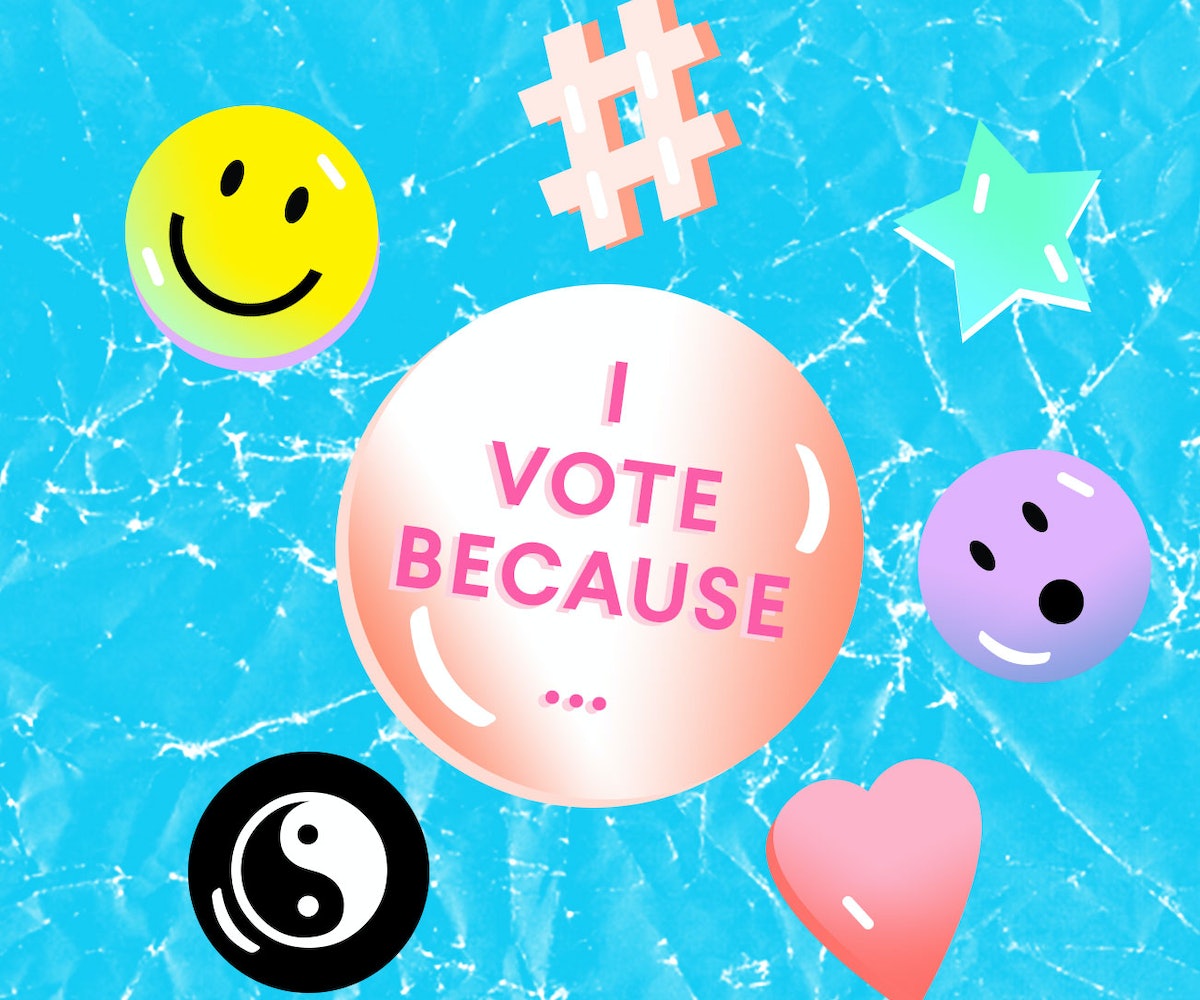 If the events of this past June have taught us anything, it's that this election season is more important than ever. There is a myriad of social, racial, and economic injustices pervading the news that cannot go ignored. Across the pond, Britain's exit from the E.U. highlighted the oftentimes overlooked fact that yes, your vote matters. Let Brexit light a fire under your feet to politicize. It's easy to turn to cynicism in times of trouble. Now, though, is not the time to do so. Now is the time to pay attention to what our presumptive presidential candidates are saying, to refamiliarize ourselves with our polling stations, and to exercise our right to vote.

The are plenty of reasons to vote, but if you can't find one, perhaps the following GIFs will help. We asked party guests at our MCON after-party with Tumblr and Rock The Vote to tell us why they're stopping by the polling stations this November. For many, it's simple: we give a sh*t. For others, it's more nuanced. But no matter whose name you're backing, be it Hillary Clinton or Donald Trump, staying silent will do more harm. Give a sh*t. You'll be happy you did.

A lot of people seem to give a sh*t!

"I'm voting because too many people died for my right to."

What they both said.

"Because Beyoncé did" is our go-to excuse from now on.

Hey, be nice to yourself!

Breaking the cycle is always a good thing.

It should be compulsory!

Ain't it the truth.

You heard the girl!