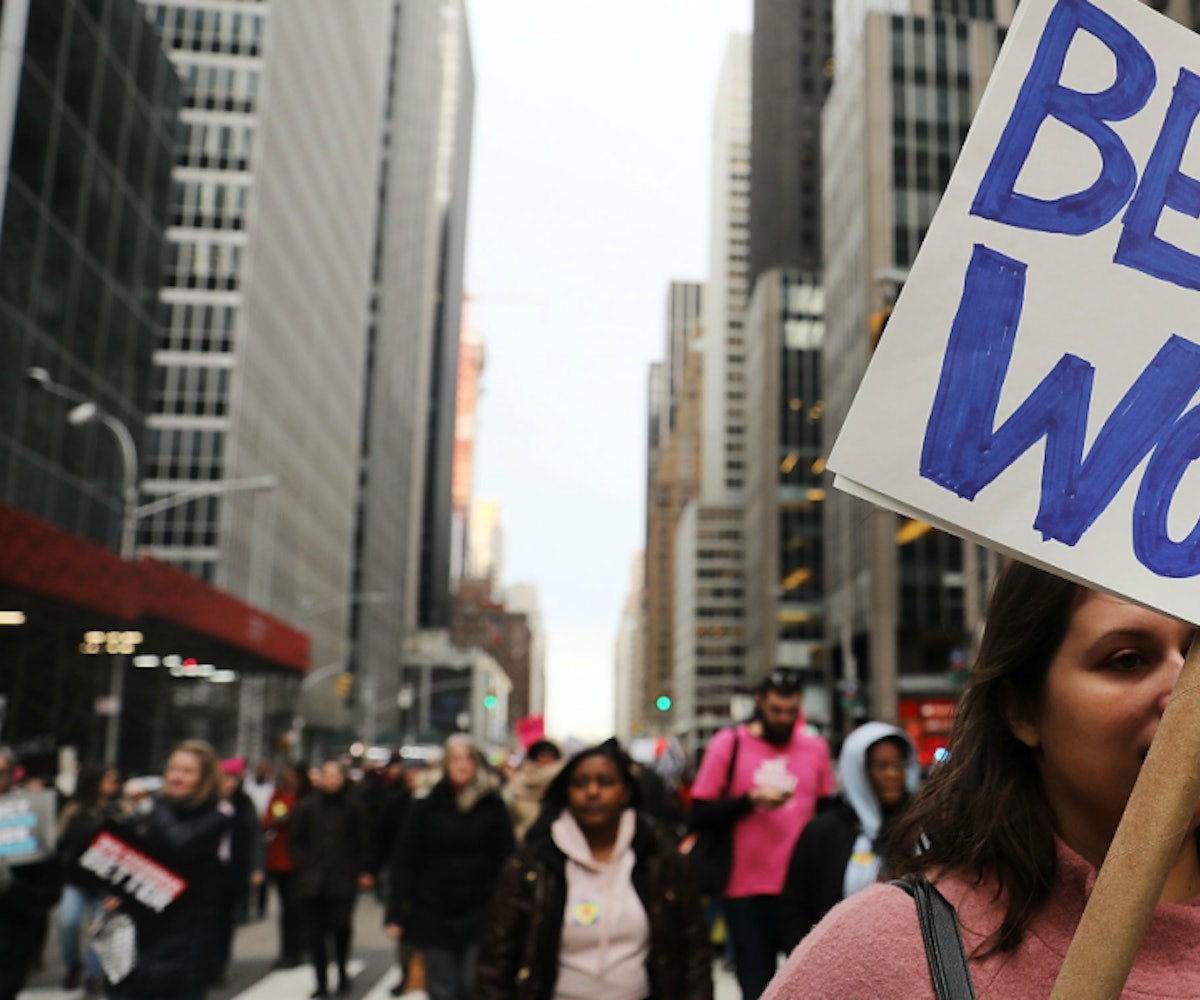 When the #MeToo hashtag re-emerged in 2017, a friend reached out to me about sharing her story. She was hesitant to post anything, she said, not because she didn't want to share details about a painful experience, but because she was afraid it was "too bad" compared to the other stories she'd read. "They're all about catcalling and stuff," she said. "That's way different from rape." And of course, she's right, rape is very different from being catcalled, but that's not the point. I remember thinking how different our feeds looked that day, and how this movement was too complicated and all-encompassing to be understood by everyone. I did, however, underestimate how many people would misunderstand it.

In a new piece for Harper's, Katie Roiphe dissects the #MeToo movement, claiming that "Twitter feminism is bad for women." She quotes anonymous sources—the "whisperers," she calls them, because they're afraid to voice their point of view for fear of backlash—who seem to really misunderstand this moment. And that make sense, because there's a lot to take in. When you're talking about this many things at once—the seemingly endless repercussions of centuries of a patriarchy—it's only natural that the message is going to get muddied, particularly on a platform like Twitter, where for a long time people's arguments were confined to 140 characters.

Some of the women who spoke to Roiphe said things like, "I think 'believe all women' is silly. Women are unreliable narrators also." The thing is, nobody is saying that. The actual phrase that's been shared is "believe women," which is a statement meant to draw attention to the fact that women are widely discredited by law enforcement, judges, bosses, etc. It's the same thing as saying we shouldn't instinctively disbelieve women, and I think we can all agree on that.

Maybe someone, at some point, tweeted "believe all women," but that's clearly not the message behind the initiative, and Roiphe and her sources should know that by now. Just like with Black Lives Matter and other movements, there are going to be people who say and do things that don't accurately portray the true meaning behind the movement, but we shouldn't allow them to derail it.

That same source told Roiphe that she thinks "there is more regretted consent than anyone is willing to say out loud." A lot of women I know are not afraid to admit that they've consented to sex they didn't want, but that's clearly not the same thing as accusing someone of sexual assault. If nuance is important, then we should be able to make these distinctions. What we (and by "we" I mean anyone actively working to make the world a safer and more equitable place for women) are focusing on right now is not regretted consent, but how men can better understand, identify, and respect consent.

Another source Roiphe spoke with said supporters of #MeToo don't want to admit that "power is an aphrodisiac." First of all, aphrodisiacs are not universal. What turns you on might not turn me on, and vice versa. Second of all, "power" might be an aphrodisiac for some people, but abuse of power is something very different. Your boss cornering you in an office and jerking off into a potted plant is not exactly a scene out of Fifty Shades of Grey.

One woman even said in response to #MeToo, "Why didn’t I get hit on? What’s wrong with me? #WhyNotMeToo." This argument is baffling. The point of the movement is not to say that all women everywhere have been sexually harassed and assaulted, it's to draw attention to the fact that a very high number of women have (disproportionate to men), and all women (and men) should want to change that, even if they themselves haven't experienced any violations.

Roiphe, like a lot of critics of #MeToo, went on to accuse feminists of conflating sexual assault with seemingly "innocuous" interactions like catcalling and leering. She says that women advocating for #MeToo think "distinctions between [Harvey] Weinstein and a man who looks down someone’s shirt don’t ultimately matter."

These distinctions do matter, but they shouldn't be the main point of the #MeToo movement. We shouldn't spend our time rating instances of harassment and assault on a scale of one to 10; we should be talking about how to prevent situations like this in the future. We should be talking to men about how they can get more involved, beyond dressing in all black and wearing pins.

#MeToo is not about conflating rape and microaggressions. It's about discussing our culture as a whole. We live in a world where a woman can walk to work on any given day and have someone yell something vile at them, and they're expected to laugh it off because "at least" it's not rape. That's not okay, and we need to change that for the next generation. We want young women to know that they can walk to work without being verbally harassed, that they can go on a first date without fear of being assaulted, and that they are not greedy or whiny for wanting—and demanding—both of those things.

We want to make all of these interactions, from harassment at work to violating sexual encounters to instances of extreme violence, abnormal. We want to start to undo the damage of the patriarchy little by little. But, that's difficult to do with pieces like Roiphe's being published regularly and discrediting the progress we've made thus far.

Roiphe's piece needlessly detracts from the #MeToo movement by cherry-picking comments she takes issue with. She's allowing a handful of people to represent a movement made up of millions of angry, complicated, and flawed individuals. While she may be right that there could always be more room for ambiguities, especially on a platform like Twitter, instead of constantly indulging in these misconceptions about #MeToo, we should be clarifying the message, so we can actually get things done.