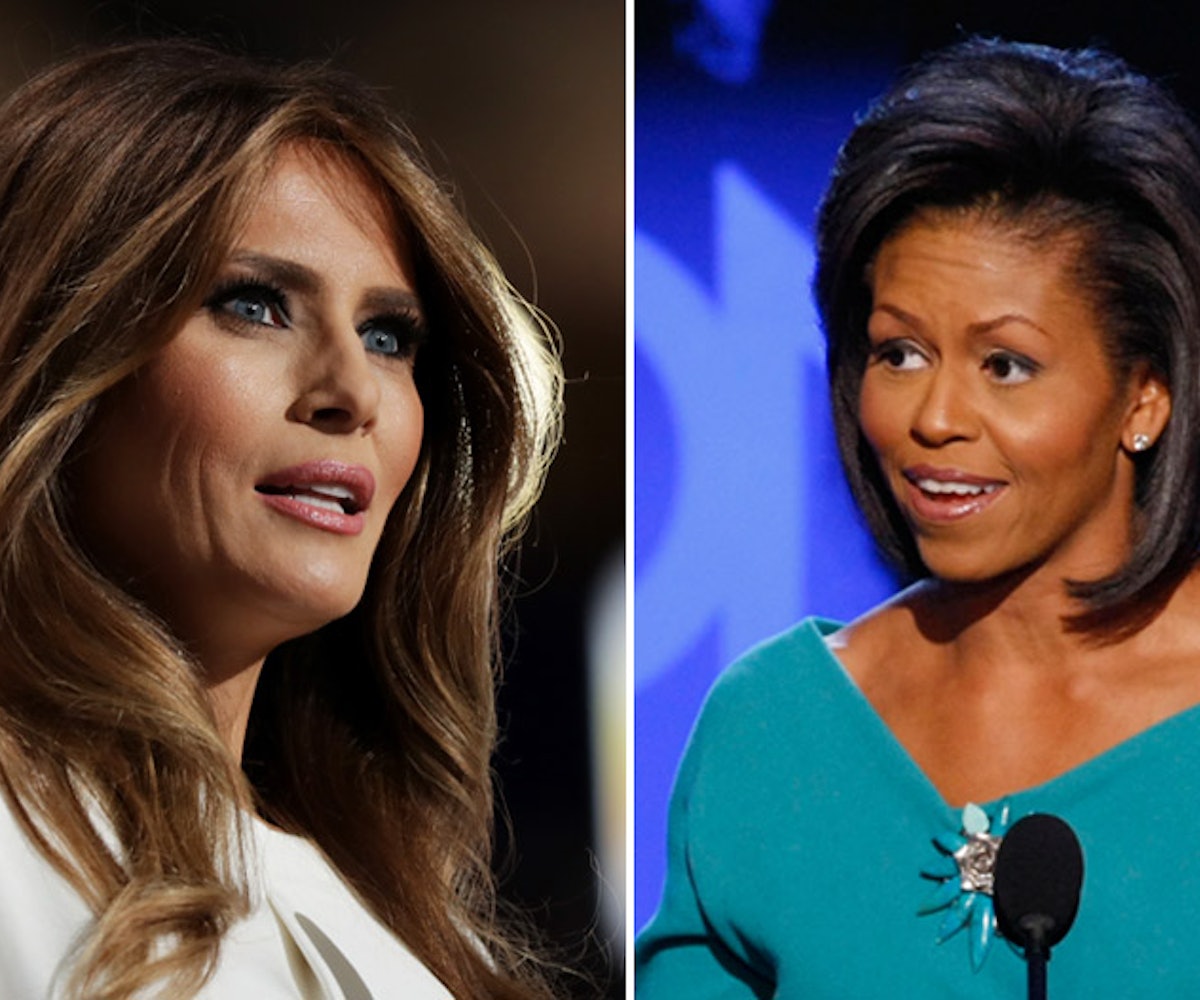 Potential First Lady Melania Trump took the stage at last night's Republican National Convention in Cleveland. She gave a speech touting the accomplishments of her husband, the presumptive Republican presidential candidate Donald Trump, painting him as a qualified guy. One part of her speech, however, sounded a little too familiar.

Journalist Jarrett Hill pointed out that at least one portion of Trump's speech was lifted, almost verbatim, from Michelle Obama's speech at the 2008 Democratic National Convention. In the video below, it's evident some phrases, like "your word is your bond" and "you work hard for what you want in life," are direct copies while others omit a word here and there, but retain the same attitude.

Donald Trump's campaign issued a statement denying the entire thing. “There’s no cribbing of Michelle Obama’s speech," Trump's campaign manager Paul Manafort told CNN. "These are common words and values that she cares about her family, things like that." He went on to say it's "really absurd" people would think Melania would do such a thing as plagiarize the current First Lady for a speech as big as last night's. Then, out of nowhere, Manafort brought Hillary Clinton, the presumptive Democratic presidential candidate, into the equation. "This is once again an example of when a woman threatens Hillary Clinton, how she seeks out to demean her and take her down. It’s not going to work.” Clinton, for what it's worth, has said nothing of Melania's speech. So, that's great; Trump's team is pinning two women against one another for the benefit of his presidential campaign.