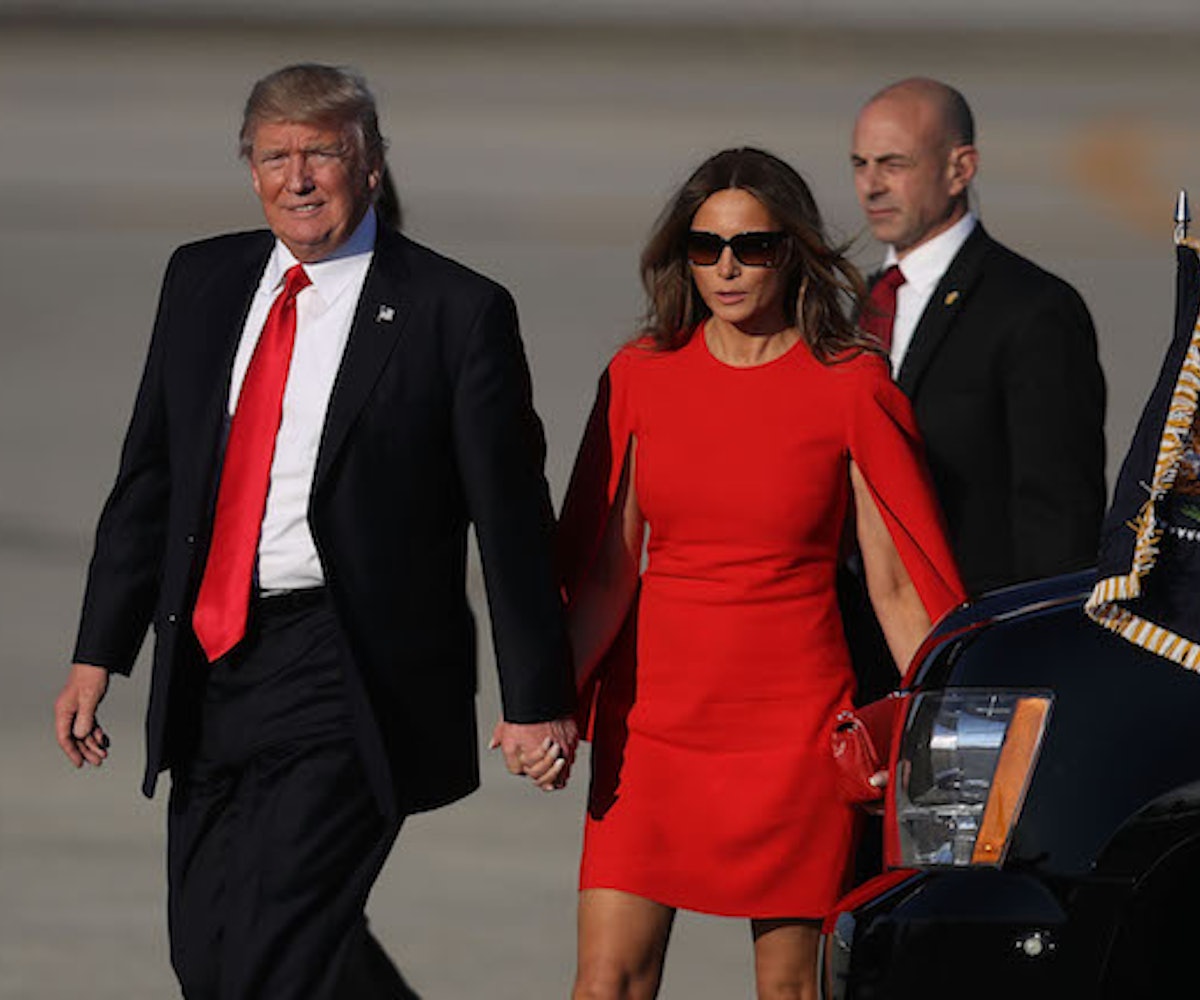 Earlier this week, Melania Trump tweeted a simple response to Gone Girl actress Emily Ratajkowski, who stood up for the First Lady when she was slut-shamed by a New York Times reporter. On its face, the tweet was a good, innocuous statement—"Applause to all women around the world who speak up, stand up and support other women! @emrata #PowerOfEveryWoman #PowerOfTheFirstLady." Standing up for other women is, of course, important in a world when women are routinely objectified and encouraged to tear each other down. It's an important statement for a First Lady to make. She could have, you know, left it at #PowerOfEveryWoman and stood for an inspiring statement. But, then there's that troublesome #PowerOfTheFirstLady hashtag at the end that just so perfectly encapsulates everything we've learned about Melania over the years—every time there is an opportunity to take the high road, to actually stand up against bullying or bad behavior, to take a position that isn't her husband's, the message resonates hollow and intends to assist only herself.

This wasn't the first time the FLOTUS had used the hashtag, but the Twitterverse has caught on and isn't willing to let this little slice of self-promotion slide. Dozens have taken it upon themselves to retweet what they feel has been the real #PowerOfTheFirstLady—costing taxpayers millions to stay in New York, suing when it turns out you can't use the White House to benefit financially, and basically not having done a single altruistic thing without benefit to herself. Girl has still barely even filled the few positions she's responsible for at the White House. As one person tweeted, "The #PowerOfTheFirstLady is up to the individual. Melania Trump has been a no show so far, except when it comes to vacations at Mar-a-Lago." This is a woman who has categorically shut down women who claimed her husband sexually harassed her, and has only chosen to defend slut-shaming when it's about herself. Only when it's about her does it matter, no matter how many opportunities she has to do better and use her considerable platform to do good.

Many, of course, will argue that she's in a tough position and deserves our sympathy. Can she really publicly speak out against her husband's positions? How much is she a victim? How many memes did we see on inauguration day of Melania being ignored by her husband, looking like she'd rather be... anywhere else than next to him? There may very well be reasons we should be sympathetic, but she has consistently showed herself unworthy of sympathy. It's all just a bunch of self-promotion wrapped in a shell of fake feminism and female empowerment. There is no #PowerOfTheFirstLady when the First Lady chooses to make the #PowerOfEveryWoman an afterthought.

Check out several of the responses to #PowerOfTheFirstLady below—and don't be afraid to add your own.