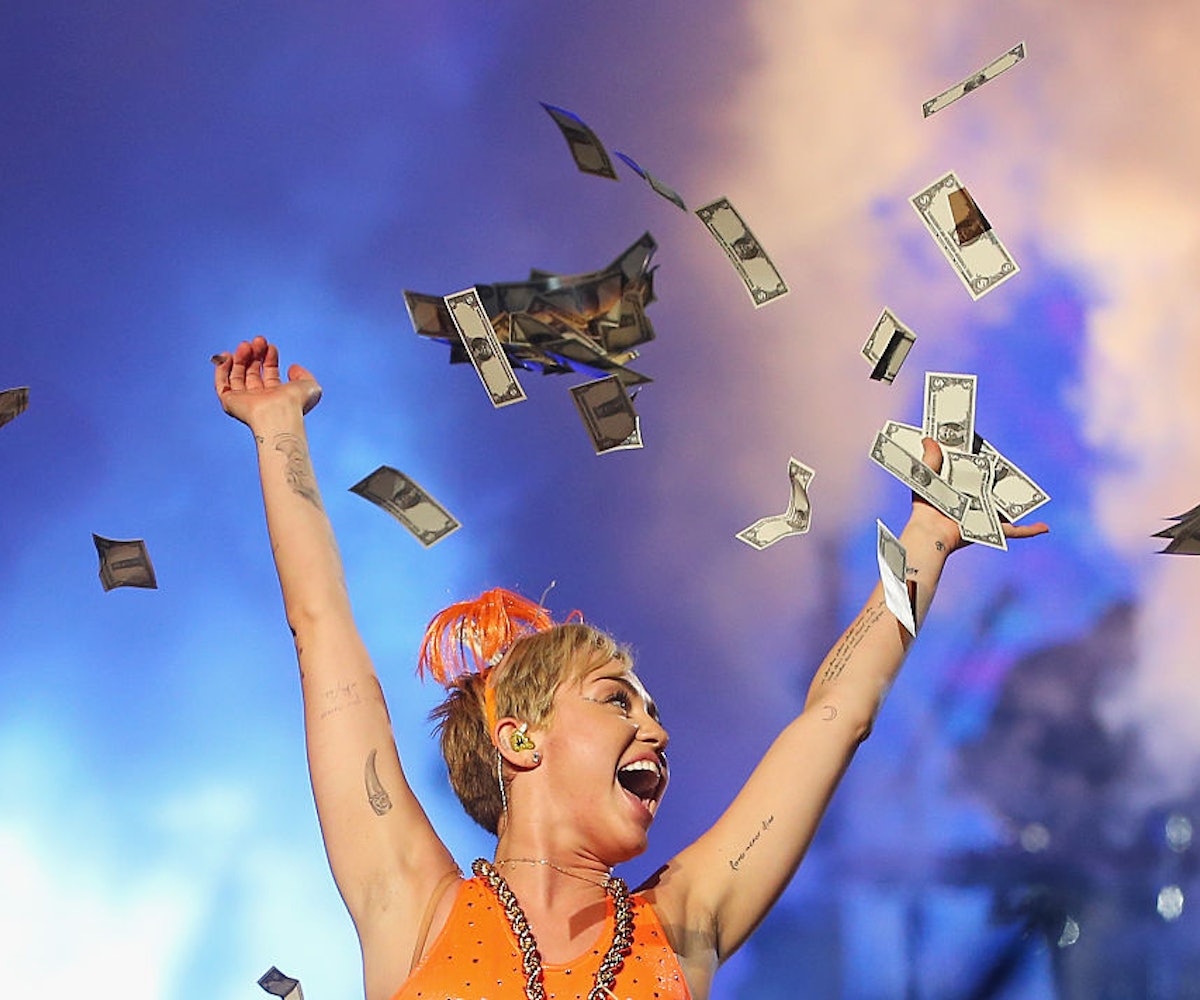 The way that money and finances play a part in relationships is well-acknowledged to be massive; it's also fraught with gendered expectations. This makes a certain amount of sense when you think about the ways in which relationships—particularly state-sanctioned ones, aka marriage—in our society have long been imbued with patriarchal values and thus have historically limited women's financial freedom. (Like, are you aware that women couldn't even get their own credit cards until 1974? It's true!)

But the year is now 2017, and women are firmly in the workplace (even if, infuriatingly, they're not paid as well as their male counterparts), which might mean that women in heterosexual relationships could be making more than their male partners. And this is where the problems start because, as it turns out, lots of men are threatened by the fact that their wives are making more money than them, and it's making them feel less inclined to support feminist causes.

I know what you're thinking: What kind of man would be upset that his wife was earning a substantial living and feeling professionally fulfilled? Who even are these cretins? In a word: Republicans.

As The Cut reports, a new study done by the Harvard Business Review reveals "a direct correlation between a man’s breadwinner status and his political views." Here's how it works: When a Republican man starts to be out-earned by his wife, he eventually becomes "significantly less supportive of abortion rights." Hmm... so, basically, when a conservative man feels like a woman is getting too much power, he is more inclined to take away her freedom any way he can? Fascinating.

Before you think all men are bad, though, the HBR research also showed that when women out-earned their Democratic husbands, those men were actually "more supportive of abortion rights." Although, actually, maybe all men are bad (straight men anyway) because when Democratic men out-earned their wives, they became less supportive of abortion rights. So while HBR reports that "when faced with gender role threat, liberal men come to hold more liberal views on abortion, while conservative men come to hold more conservative views," all men are sometimes capable of being total jerks when it comes to women's authority.

The lesson here? Besides that all men are bad? It's simple really: Men should not be the ones to tell women what to do with their bodies. Women can decide for themselves. Men, it seems, are just too emotional.