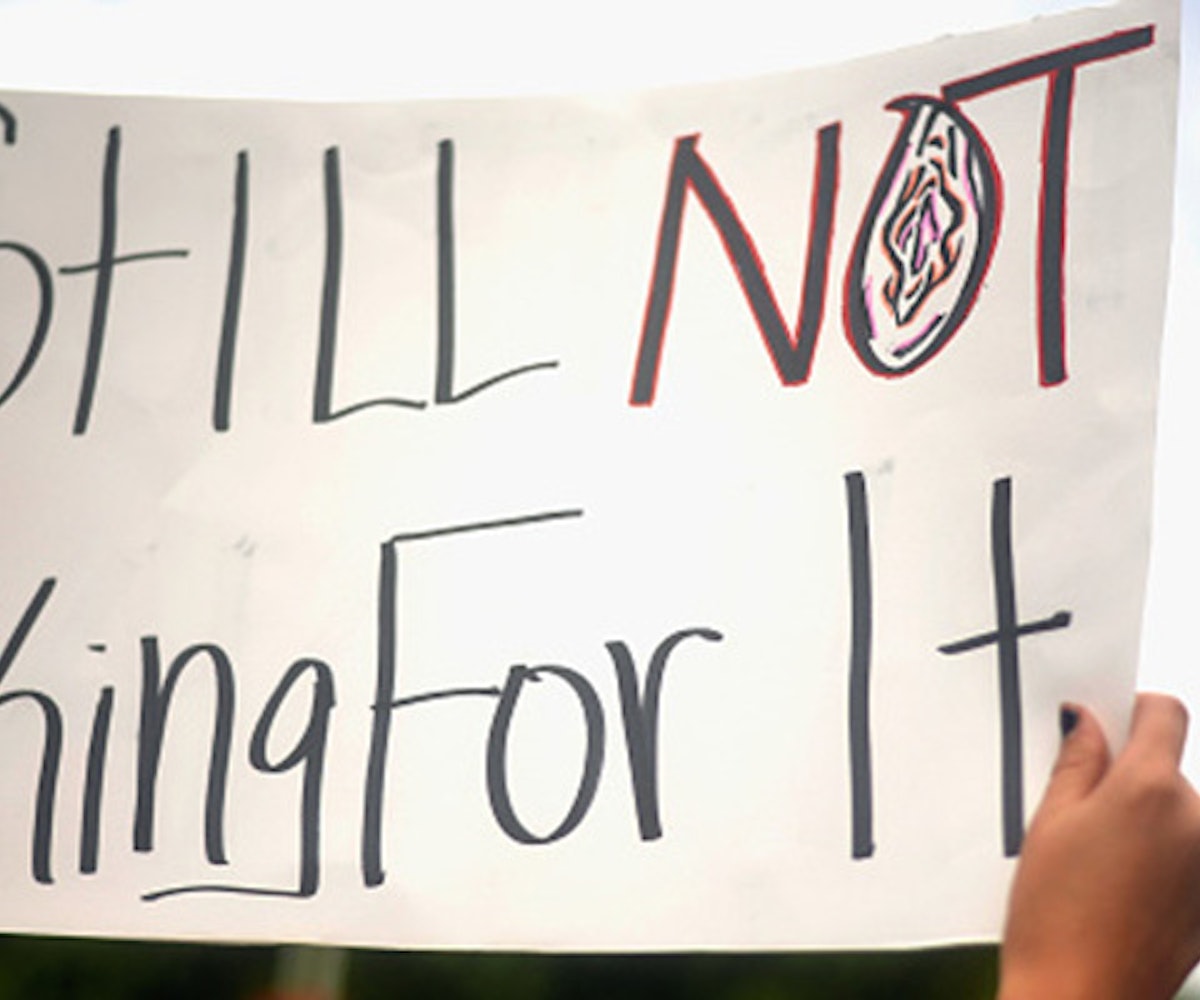 After every public sexual assault case, like the allegations against Donald Trump or, most recently, Harvey Weinstein being accused of assault or harassment by more than 20 women, a new hashtag crops up that enables survivors to share their own personal stories about sexual assault. These displays of solidarity are meant to demonstrate how widespread the problem of sexual harassment really is. After Trump's "grab them by the pussy" comments, writer Kelly Oxford started #NotOkay, through which thousands of women shared stories of sexual assault. Now, following revelations about Weinstein, actress Alyssa Milano began #MeToo, to encourage women who've ever been sexually assaulted or harassed to simply write "me too."

"If you’ve been sexually harassed or assaulted write ‘me too’ as a reply to this tweet," Milano wrote. She and a friend thought it would "give people a sense of the magnitude of the problem." And while these hashtags do shed light on the sheer volume of people who have been harassed or assaulted, when is that number going to be large enough for men in power to finally understand how bad the problem is? How many more people will have to relive their trauma before something is actually done about it'?

Weinstein was able to assault as many women as he did for as long as he did because other men in power allowed him to. Actors, like Ben Affleck, are sharing their remorse for Weinstein's victims now, but at the time, they wrote it off as the norm. ("I told him to stop doing that," Affleck allegedly told Rose McGowan when she brought up Weinstein's harassment.) The problem with the Weinstein assault case wasn't that men didn't understand the scope of the problem, it's that they knew and were still not doing anything about it.

Multiple actors, including Tom Hanks, have said they aren't surprised by the allegations against Weinstein. "It all just sort of fits, doesn't it?" Hanks told The New York Times. "Is it surprising? No. Is it tragic? Yes."

Campaigns like #NotOkay, #MeToo, #WhenIWas, #EverydaySexism, #YesAllWomen, #WhyWomenDontReport, etc., are more cathartic for survivors than anything else. And for those men who still don't think sexual assault or harassment are rampant problems, these confessional hashtags can be enlightening. But it shouldn't be our responsibility to prove to men that sexual assault exists. A lot of women have expressed their frustration that we still need these hashtags to validate that rape culture is real.

As feminist author Lindy West tweeted earlier this year, before deleting her Twitter account after facing too much harassment, "I wish women didn’t have to rip our pasts open & show you everything & let you ogle our pain for you to believe us about predation & trauma.”