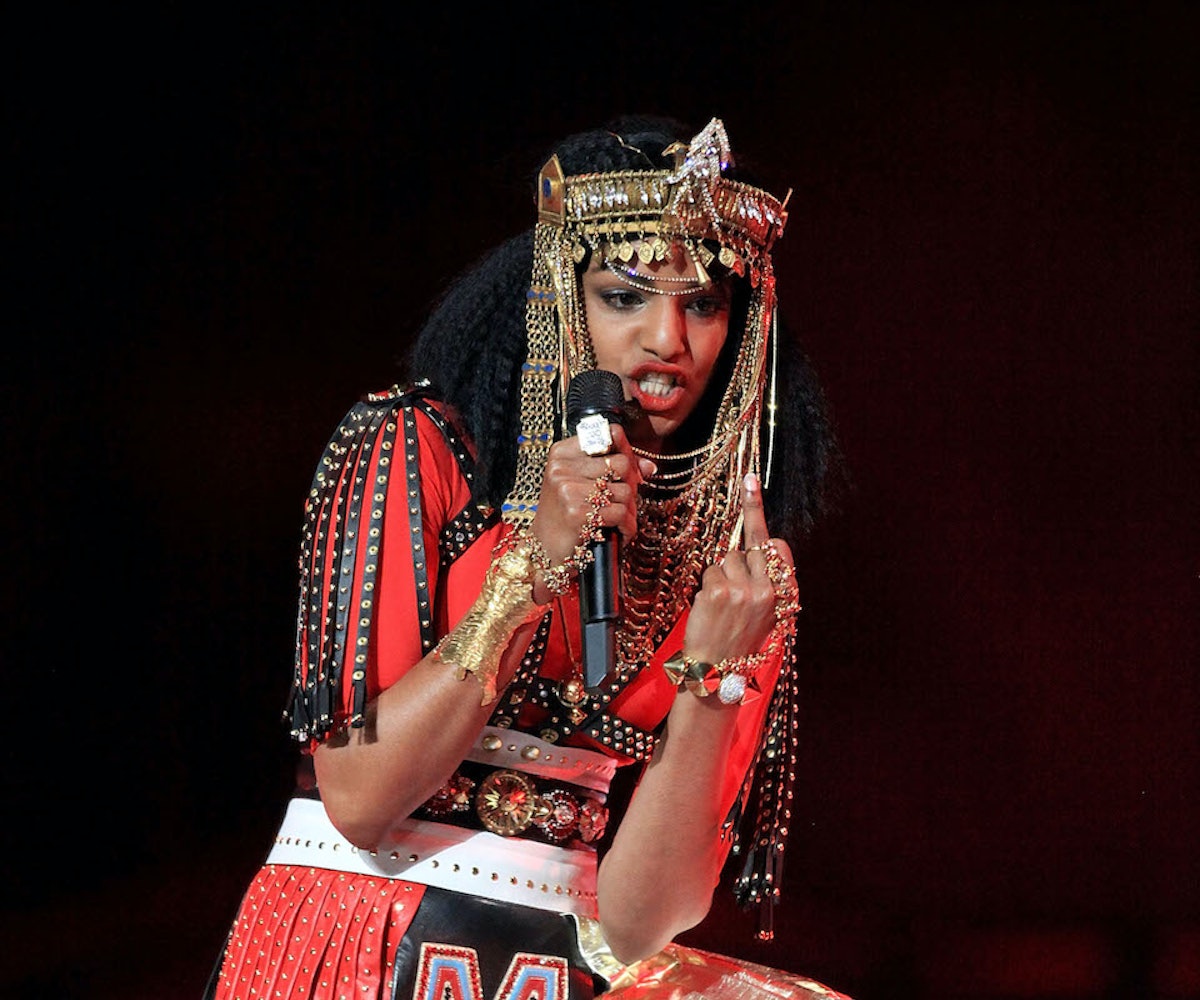 Four years after M.I.A. was sued by the NFL for flipping the bird and mouthing "I don't give a shit" during her 2012 Super Bowl halftime performance with Madonna, it looks like she'll have the last word (doesn't she always, though?). "Boom ADD" popped onto the singer-rapper-activist's SoundCloud a few hours ago and tackles the organization from the moment the intro begins.

Some ardent M.I.A. fans might recognize the song, and indeed, it's not technically 100 percent new. M.I.A. explained on Twitter that it's not a fresh cut, but a full-length version of "Boom (Skit)" from 2013's Matangi EP. Regardless, we're never ones to turn down any material from M.I.A., and this revamped song delivers on so many levels.

It begins with a recording of a lawyer saying, “They’re suing you for damaging their fantastic reputation by flipping the bird. They can only come after you for half of your income over $500,000 per year or all of your income over $5 million per year.” From there, the familiar "Boom (Skit)" beat drowns out the voice (we love good symbolism) and original lyrics like "Brown girl, brown girl / Turn your shit down / You know America don't wanna hear your sound" juxtaposed with the spoken introduction really drive home the message if you weren't listening before. Bonus, "Boom ADD" is also nearly twice as long as "Boom (Skit)" with additional verses and an interlude towards the end with M.I.A.'s voice saturated by static over looped percussion.

"Boom ADD" might say "Let you into Super Bowl, you tried to steal Madonna’s crown” but it's pretty clear M.I.A. has always worn her own, atop a throne she created. Trumping authority while delivering deliciously addictive beats? We'd expect nothing less. Listen in full, below.

NEXT UP
Entertainment
Rina Sawayama's "Happier Than Ever" Cover Is A Must-Listen
Entertainment
Relive ‘00s New York With Yeah Yeah Yeahs, The Strokes In ‘Meet Me In The Bathroom’ Trailer
Entertainment
Aya Nakamura On Preparing Her Fortnite Soundwave Series Performance
Entertainment
TSHA On 'Capricorn Sun' & Searching For Euphoria