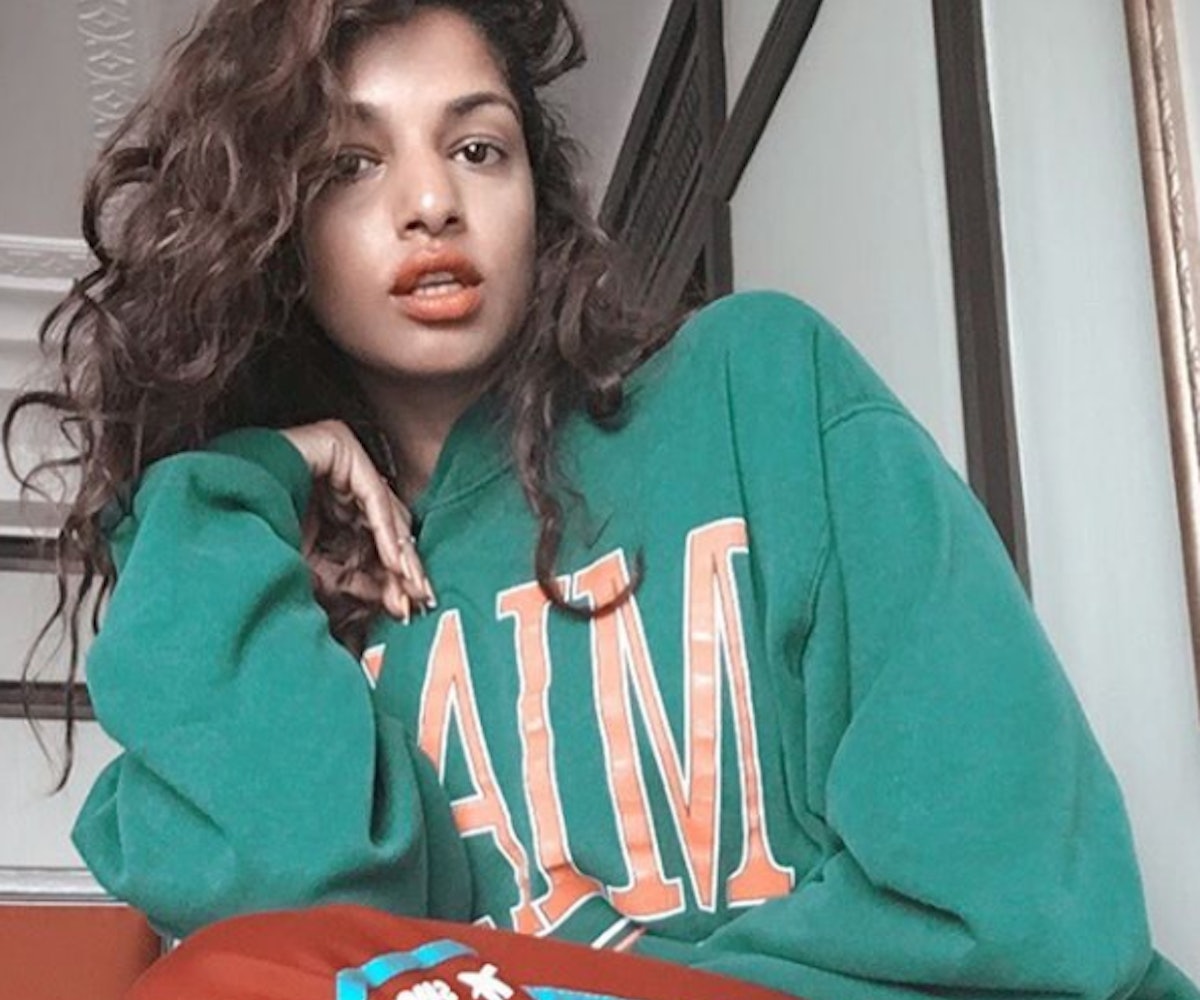 M.I.A. has been promising new music for some time now. Her video for “Powa” was supposed to drop on Monday. It’s now Tuesday, and fans have still gotten nothing (she explains why here). Instead, she previewed a lyric video for the song, where she lists several female singers whose names happen to rhyme.

“I’m not Rihanna/ I’m not Madonna/ I’m not Mariah/ Or Ariana,” she says. “I’ve been around in this world causing drama.” Which seems to imply the ladies she listed steer clear of such, which isn’t exactly the case. Does no one recall Mariah’s Emmy-worthy performance on Mariah’s World?! That is drama at its finest.

M.I.A. also released the full lyrics for the song. Later on, she also assures us she’s not Obama or Osama, either. That’s a relief! She goes on to hit us with some more interesting rhyme action. “Supa-kala fascist, racist, espi-ala-tazors/ Posers with the cases/ They better not erase us/ Betta come face us,” she says.

Stay tuned for the “Powa” visuals, which are slated to be released in the next “few days.” In the meantime, enjoy deep-diving into the lyrics.

NEXT UP
Entertainment
Rihanna, Mitski, Lady Gaga Nominated For 2023 Oscars
Culture
The Madonna Biopic Is Being Scrapped
Entertainment
Ebony Riley's "Deuce Deuce" & 9 Other New Songs Out This Week
Entertainment
Beyoncé Is Now The Most Awarded Artist In Grammy History
Style + Culture, delivered straight to your inbox.