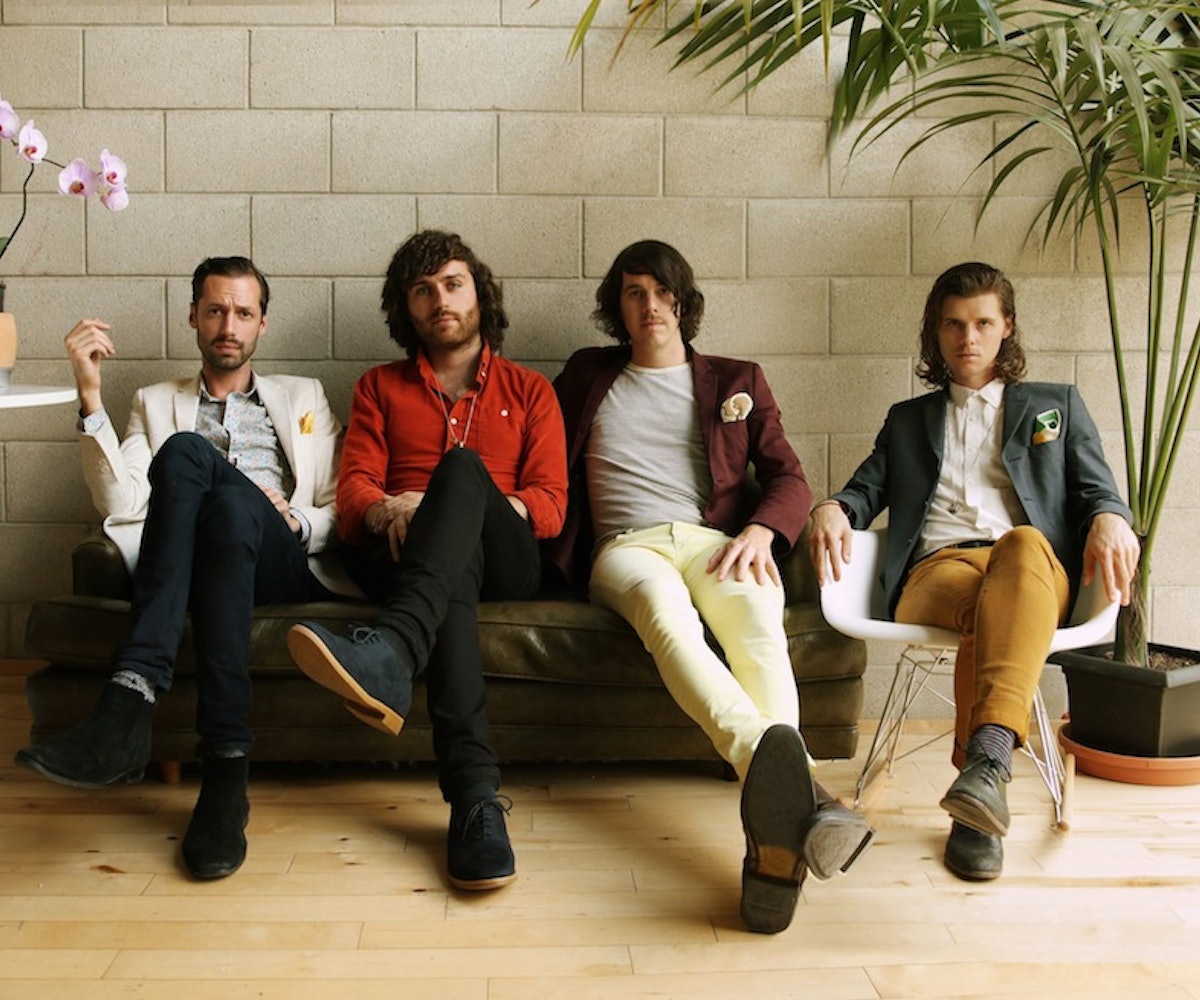 If your summertime to-do list consists of BBQs, pool parties, dancing, hot days, wild nights, kissing, or all of the above, then you need to make Miami Horror your soundtrack. It's only fitting that these guys' sun-drenched sound hails from Australia-- thanks to a vibe that's laid-back and energetic, it'll take you from the sand to the bar by the time you reach the chorus. We've been tracking the four-piece closely ever since they dropped "Holidays" four years ago on their debut album Illumination, and now they've returned with yet another warm-weather gem.

"Wild Motion (Set It Free)" is the first track off their forthcoming sophomore LP. According to the band members, this new project has been a long time coming.

"Production-wise, we've historically invested a lot of time into perfecting tracks and learned that sometimes you may never feel ready. Often it's more a state of mind than necessity," they said. "So we've put a heavy emphasis on writing as much as we can for this album and not worrying about those little details too much."

Stay tuned for the full thing, but in the meantime, get a glimpse of what's coming up with our exclusive premiere below. Hopscotching between influences (Paul Simon? Talking Heads? Lost Aussie anthems? Check!), it's an '80s-inflected summertime anthem whose title really speaks for itself.

"This song is about letting go of those inhibitions that slow you down, those small things that don't really make a difference, to take a leap and learn from it rather than worrying or perfecting every detail," they said. "It also relates the many relationships we've been part of throughout the process of this album, and 'Wild Motion' signifies the ride and process of this."

So what are you waiting for? Take the plunge yourself and listen to "Wild Motion (Set It Free)" here!