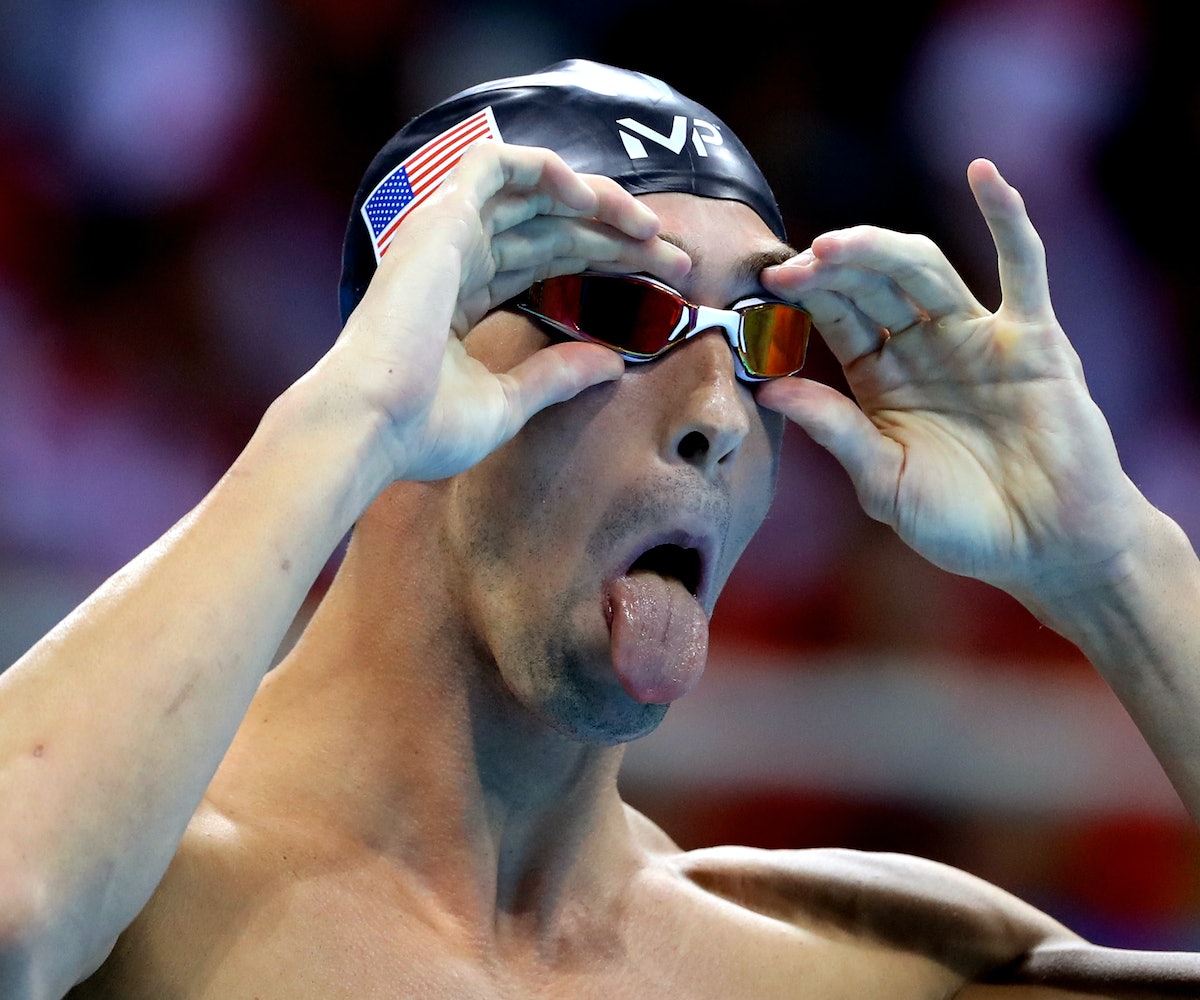 You just knew the 2016 Olympics Games in Rio would be ripe with potential memes. But it wasn't until day three that the internet took a moment and ran with it. Fittingly, that moment came courtesy of Michael Phelps, the most decorated athlete in Olympics history (he won his 19th gold medal on Sunday night), and arguably the biggest star in Brazil.

Phelps was getting ready to race the semifinal of the 200-meter butterfly, an event he lost in 2012 to South African Chad Le Clos. Before the race on Monday night, Le Clos was shadow boxing directly in front of Phelps, probably to intimidate him, but Phelps, historic competitor that he is, responded with nothing short of a world-devouring death stare. The announcers loved it. "He's growling like a dog!" one of them marveled. "This is great television!"

And when there's great television, great memes are usually not far behind.

Phelps and Lo Clos will race for the gold medal in the 200-meter butterfly tonight. You don't want to miss it.