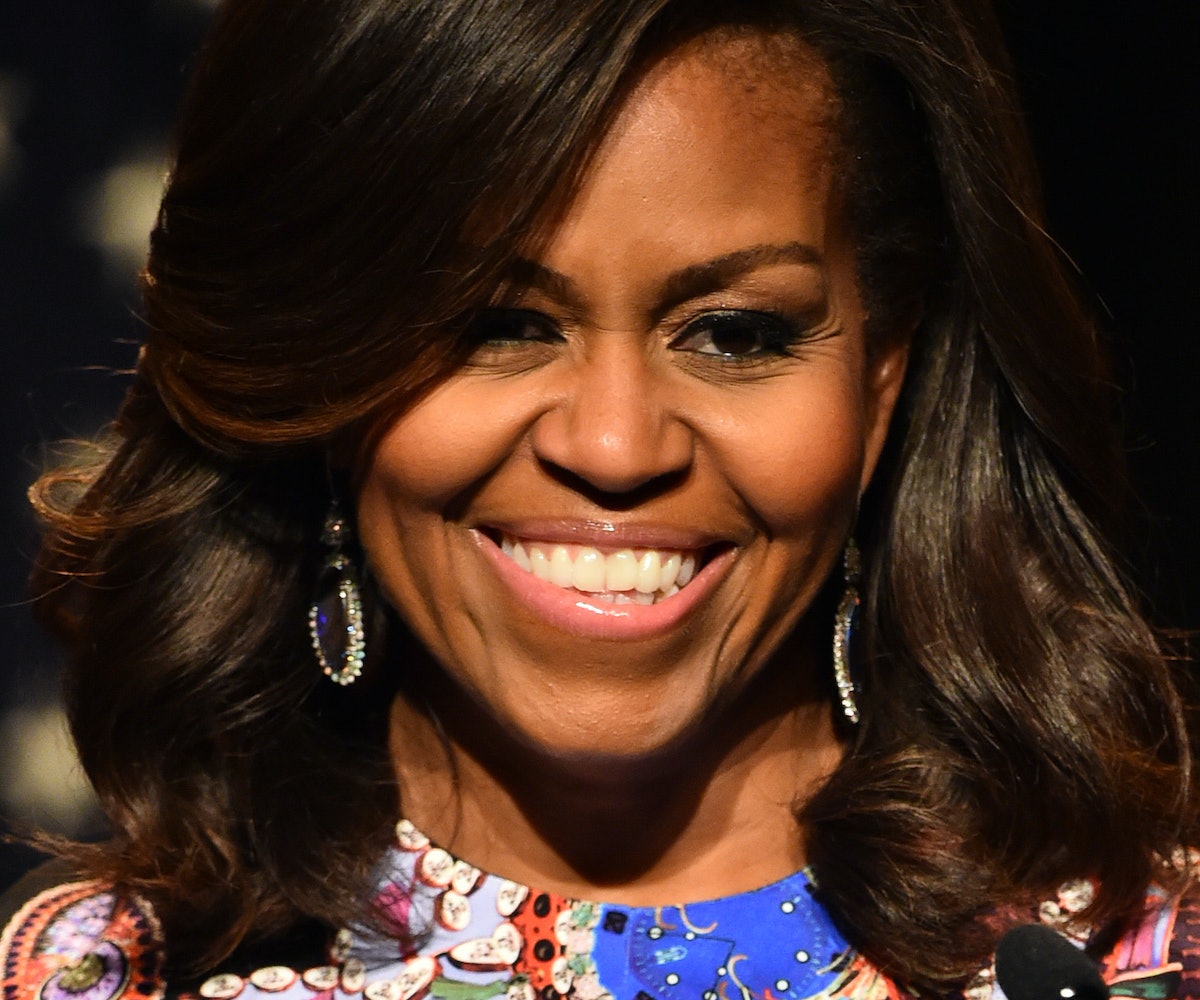 Michelle Obama has three Vogue covers under her belt, but the latest might be her most stunning—and important.

Revealed today, the First Lady is seen lying gracefully among a bed of flowers in a white gown. Under her name, the words “The First Lady The World Fell In Love With” are presented in all caps—while an unrelated and ironic “Get Happy!” is front and center. The story accompanying the stunning cover also deserves your attention, once you finish swooning then sobbing over the fact that we only have her for 69 more days.

In it, writer Jonathan Van Meter paints a picture of Michelle’s role as FLOTUS over the years. From launching two education initiatives and becoming “the greatest political communicator of our time,” to managing to make us laugh in numerous guest appearances. Of course, her impeccable fashion taste was also highlighted.

Eventually, they get to the subject of leaving the White House. It's a reality many Americans aren’t ready to face, including the president’s senior adviser, Valerie Jarrett. But it’s clear Michelle doesn’t share in our sadness:

. . . it’s time. I think our democracy has it exactly right: two terms, eight years. It’s enough. Because it’s important to have one foot in reality when you have access to this kind of power. The nature of living in the White House is isolating. And I think Barack and I—because we’re kind of stubborn—we’ve maintained some normalcy, mostly because of the age of our kids. I go out to dinner with my girlfriends; I go to Sasha’s games; Barack has coached a little basketball with Sasha’s team… When you’re not engaged in the day-to-day struggles that everybody feels, you slowly start losing touch. And I think it’s important for the people in the White House to have a finger on the pulse.

Oh, and you can throw away any hopes of her finding her way back to 1600 Pennsylvania Avenue. Jarrett confirms that she won’t be running for President. Cue the loudest sigh we’ve ever released. Even though her time as our basically perfect FLOTUS is winding down, she assures us that she’ll still be around to lend a helping hand. “I will always be engaged in some way in public service and public life… I’ve always felt very alive using my gifts and talents to help other people. I sleep better at night. I’m happier.”

As the story outlines, we couldn’t ask for a classier first lady. From the passionate way she talks about her work mentoring disadvantaged girls, to the humble way she mentions she doesn’t want to inconvenience the Secret Service by venturing out to CVS, to the ease with which she cracks jokes in conversation. Michelle will be so, so missed—as will the entire first family—but we’re indebtedly grateful for the eight years we had her as our “Mom-in-chief.” It might feel like the end of an era, but it was the best, most honorable run we could’ve asked for.

Read the interview in full here.