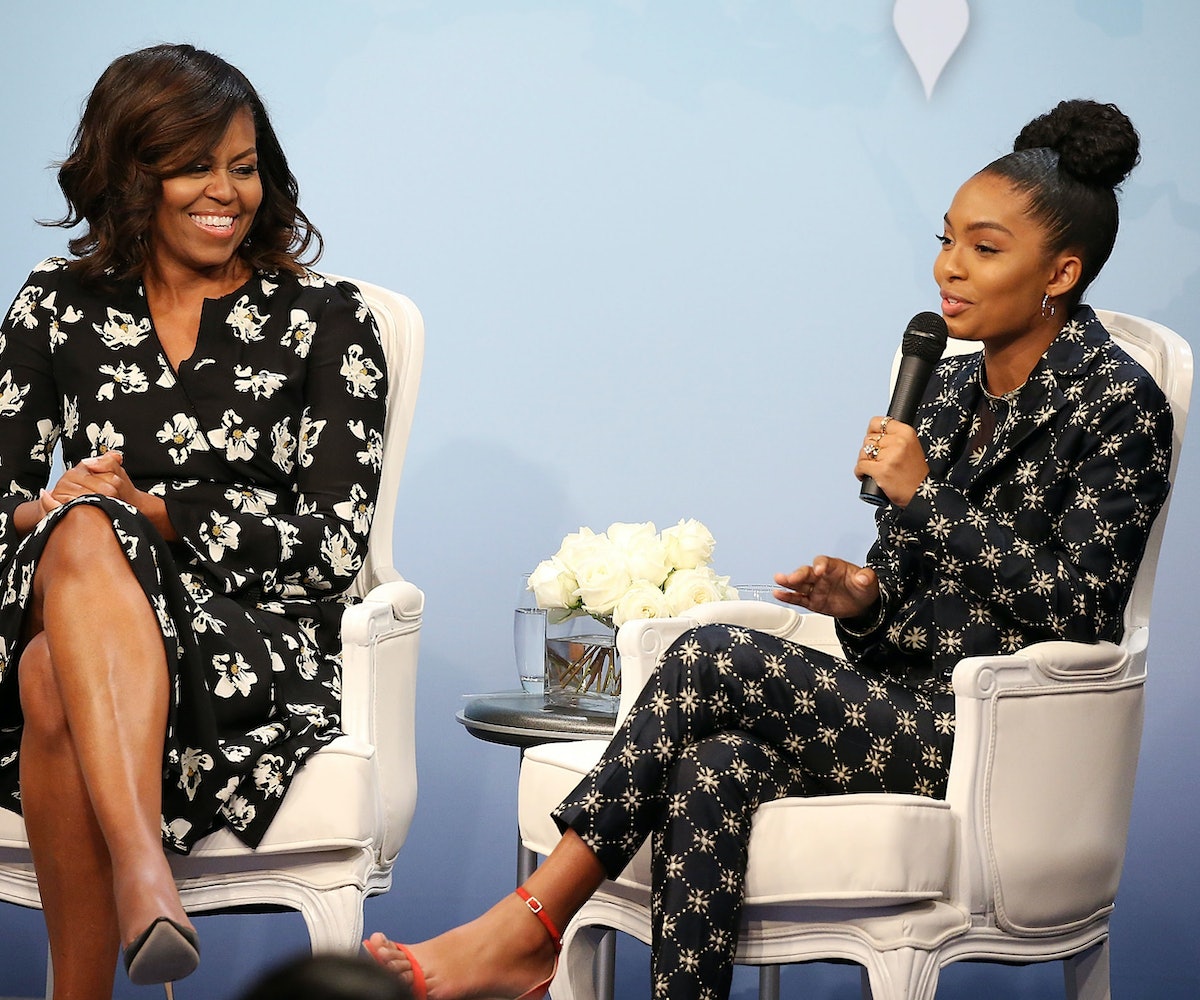 If you’re a young person looking to get into an Ivy League school, then the right recommendation letter can be the difference between Harvard and the local community college. (Not exactly, obviously, but you get the point.) This is something that actress Yara Shahidi does not have to worry about. The Black-ish star recently sat down with W Magazine and revealed that none other than Michelle Obama kicked in a recommendation letter for the colleges of Shahidi’s choice. “She is very amazing and such a supporter, which is something very surreal to say,” Shahidi told the mag.

The two first met back in 2016, when Glamour hosted a conference for International Day of the Girl that featured the then-First Lady and Shahidi on a panel about empowering girls around the world. They talked, among other things, about female education. Shahidi recalled a time in school where a teacher called her “fierce” and too “aggressive.”

"Aggressive: That's a word that's been used for me often, too," Obama said at the time. "Too aggressive. Too loud. Too bossy. What I realized is it's ok to take up space without the fear of being too loud or too aggressive," she added. "That just means I'm owning my space even more."

Clearly, Obama saw a kindred spirit in the 17-year-old actress, who has applied to four colleges, including Harvard. Apparently, she gave her a “go get ’em, tiger”-style backrub before Shahidi took her Advanced Placement exam. Something tells us that Shahidi, who plans double-major in African American studies and sociology, has got this one on lock.