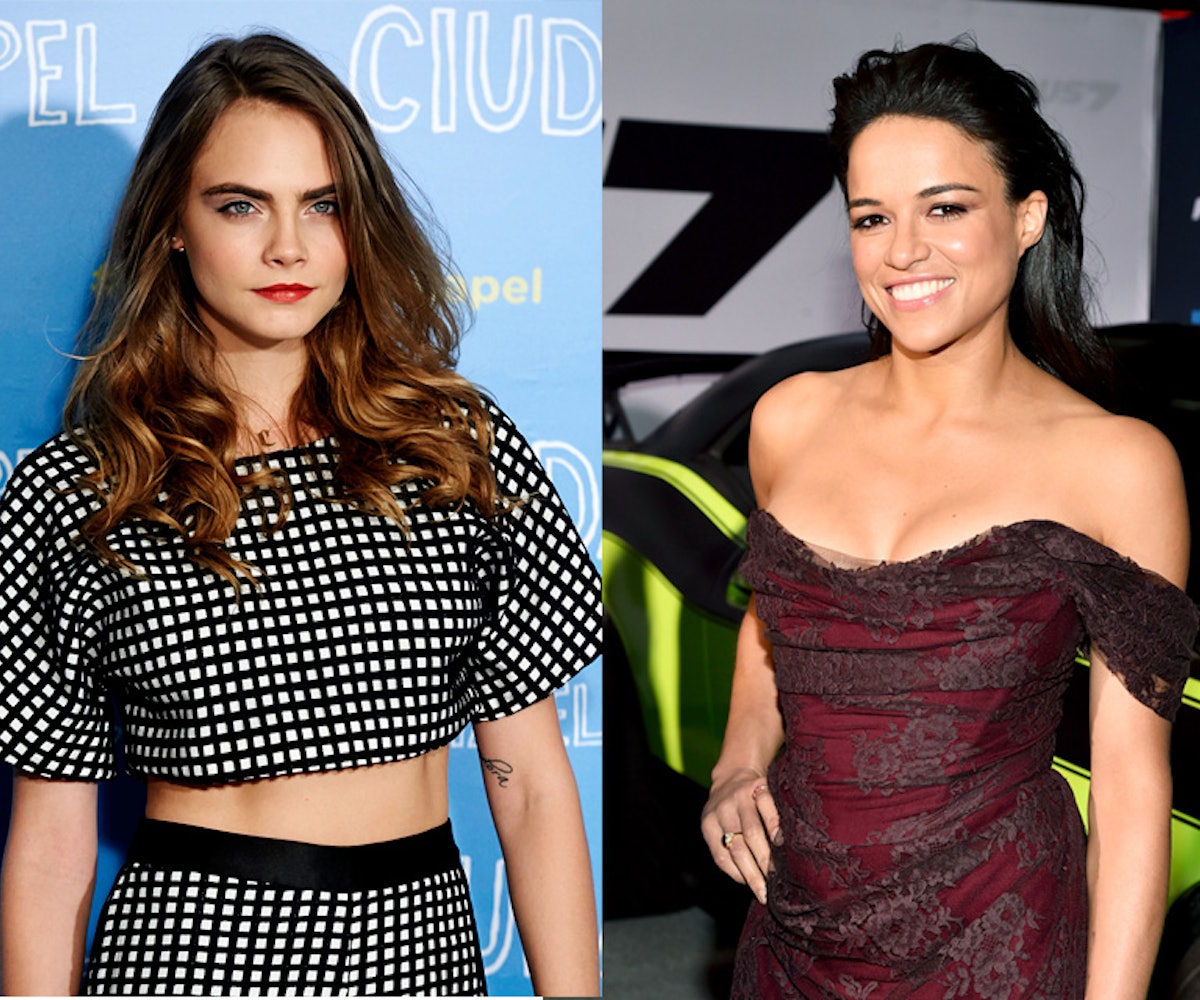 In the latest issue of Vogue, Cara Delevingne publicly spoke about her sexuality for the first time. During the interview, which has been receiving backlash for the way it was handled, Delevingne talked in-depth about her attraction to both men and women. When Michelle Rodriguez, who is rumored to be Delevingne’s ex-girlfriend, heard about Delevingne’s coming out, she had some encouraging words.

“Did she come out in the article? Oh, that’s so sexy, you go girl! Work it out, I think that’s hot, you know!” the actress said in an interview with E!. ”I think everybody should be open about everything in their lives, but at the end of the day the world isn’t that black and white,” she continued. Touching on the pressures of being an openly LGBTQ in the entertainment industry, she said, ”You’ve got some people who, if they really did say what they do for a living, they’d lose their job. And that’s the real world. The real world is that with the truth comes judgment.” She (rightly) continued, ”What you do behind closed doors should never affect your work.”

Cara Delevingne Talks About Her Struggle With Mental Illness

The History Of Pride, In 60 Seconds