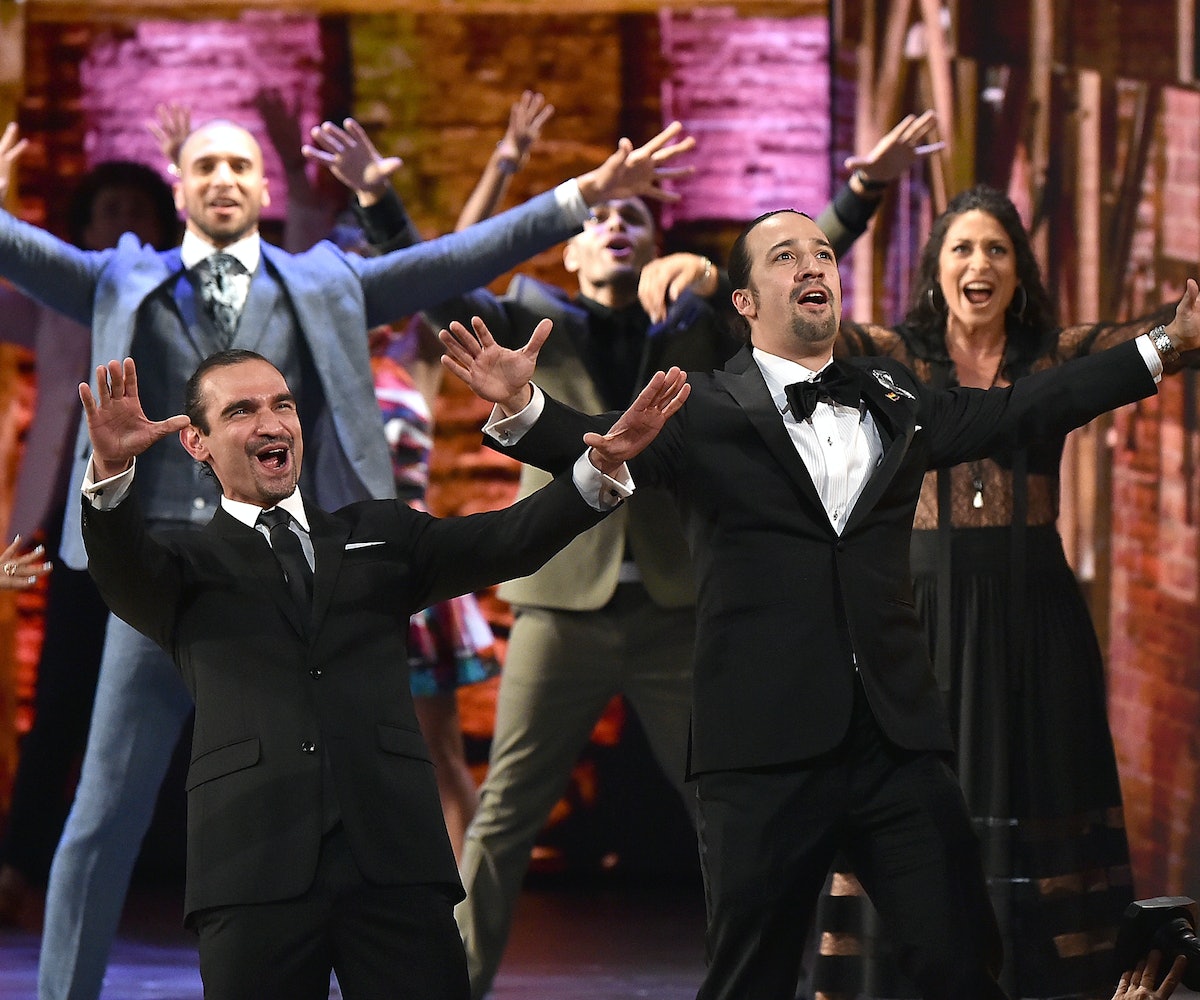 Of all the communities that have reason to feel anxious about the incoming administration, New York's theater community—a diverse bunch made up of men and women, many of whom are minorities and LGBT—are right there at the top of the list, including the current star of "Hamilton," Javier Muñoz, who is openly gay and HIV positive. So when Vice President-elect Mike Pence—a man who once said that gay couples signal a "societal collapse”—went to see "Hamilton" on Broadway Friday night, the show's cast let America's future vice president know exactly how they felt.

"We, sir, we are the diverse America who are alarmed and anxious that your new administration will not protect us, our planet, our children, our parents or defend us and uphold our inalienable rights, sir,” Brandon Victor Dixon, who plays Aaron Burr, said to raucous applause on stage following the show. “But we truly hope that this show has inspired you to uphold our American values and to work on behalf of all of us. All of us.” Dixon ended his plea with a call to donate to Broadway Cares/Equity Fights AIDS.

One person who didn't take too kindly to Dixon’s message was Donald Trump, who took to Twitter Saturday morning to condemn the cast. "Our wonderful future V.P. Mike Pence was harassed last night at the theatre by the cast of Hamilton, cameras blazing," Trump tweeted. "The Theatre must always be a safe and special place. The cast of Hamilton was very rude last night to a very good man, Mike Pence. Apologize!"

Since debuting on Broadway back in 2015, Barack and Michelle Obama have been two of the Broadway hit's biggest champions, and with good reason. Lin-Manuel Miranda's musical tells the story of one of America's founding fathers, who just so happened to be an immigrant. It appears as though Trump's administration will have a much icier relationship with one of the most beloved musicals in the country's history. Good luck with all that.