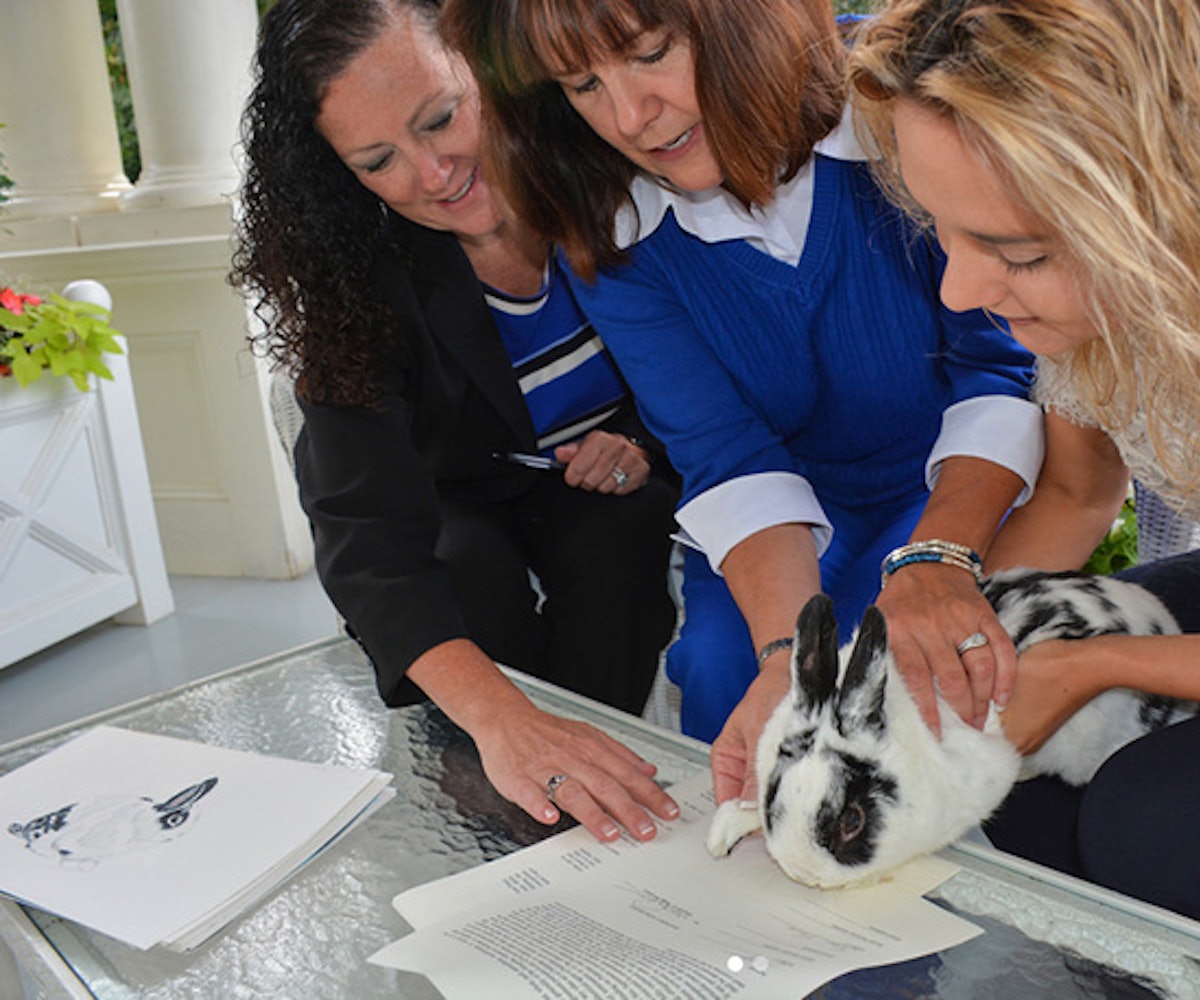 Many of you are probably not following Mike Pence's rabbit, Marlon Bundo, on Instagram, and we don't blame you. But, if you do, you might have been anticipating some "really exciting news" the pet teased a few weeks ago, according to Vulture. Yesterday, Marlon finally announced to his followers that

If you think that's ridiculous, they also made Marlon sign the contract with his paw dipped in ink and documented the moment. His book, A Day in the Life of the Vice President, is due out March 19. It's written by Pence's daughter Charlotte, who runs Marlon's account, and illustrated by Mother, aka Karen Pence.

In the book, according to Marlon, he follows "Grampa around all day, as a BOTUS should, while he goes about his duties as Vice President!"

Pence having a pet rabbit who's publishing a children's book all seems very on-brand for him.