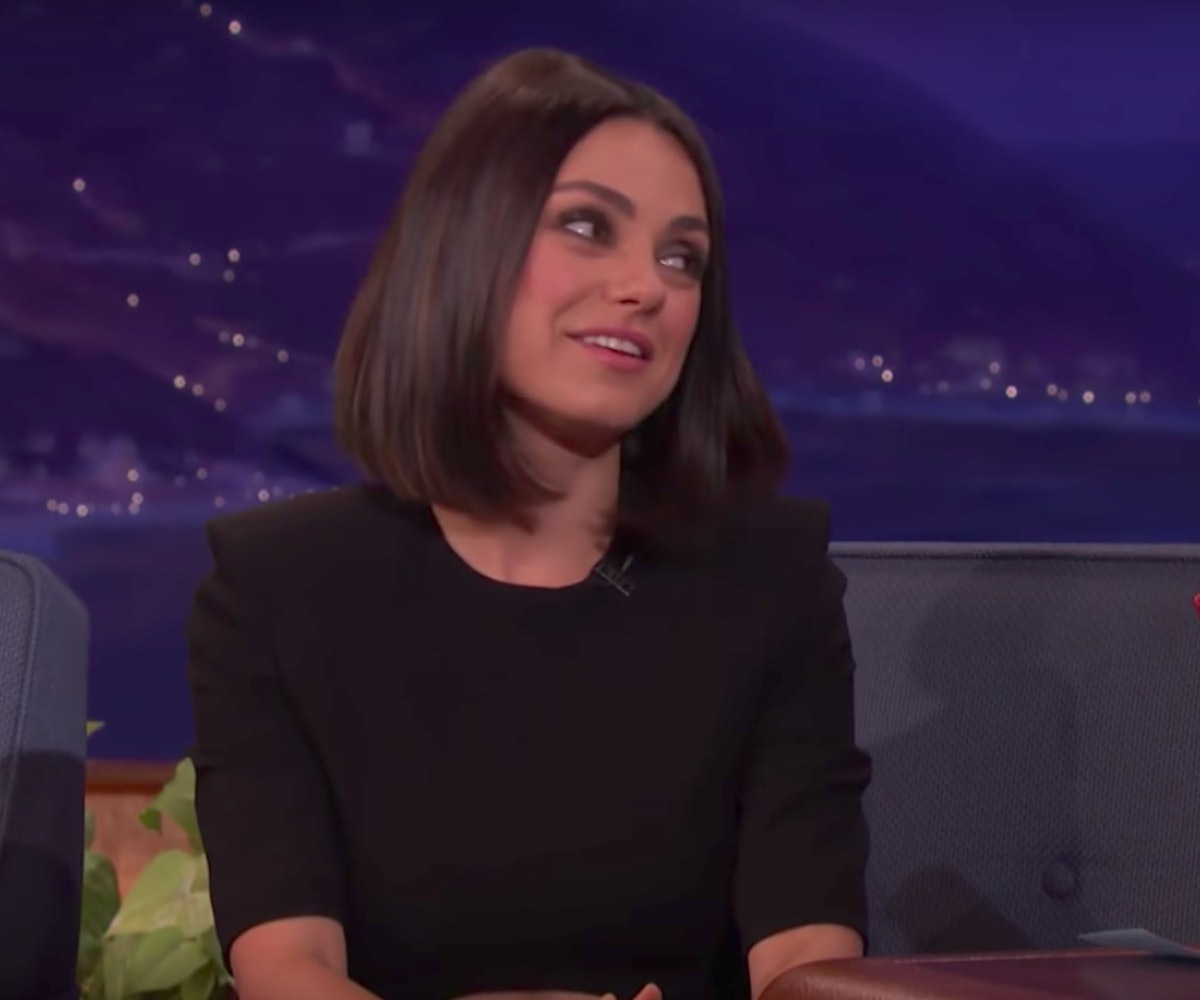 If, like us, the only thing that scares you more than Donald Trump staying president is the fact that if he gets impeached, Mike Pence would become president, fear not. Mila Kunis has got your back.

Pence, who was previously the governor of Indiana before joining the Trump ticket last year, has has a lengthy history of trying to limit women’s access to basic reproductive health care. As a member of Congress, Pence introduced the first set of legislation to defund Planned Parenthood—a move that triggered more than 10 states to defund their local Planned Parenthoods, and triggered a ridiculous amount of investigative committees into the health group’s operations. He signed eight anti-abortion bills into law while serving as the governor of India—so many that even anti-abortion Republican state lawmakers in his own party voted against his positions. And now as vice president, Pence is pushing the same agenda, while sharing other anti-femme propaganda, like the fact that he won’t eat a meal alone with a woman who isn’t his wife.

Because of Pence’s lengthy war on womanhood, Kunis has come up with one way to stick it to him where it hurts: she makes a monthly donation to Planned Parenthood in Pence’s name. When she dropped by Conan to do PR for her upcoming movie, A Bad Moms Christmas, the actress revealed to host Conan O’Brien that for months, she has had a recurring donation go out to the healthcare nonprofit, in the name of the vice president trying to shut them down.

“I disagreed with some of the stuff Pence was doing. So as a reminder that there are women in the world that may or may not agree with his platform, I put him on a list of recurring donations that are made in his name to Planned Parenthood,” Kunis told O’Brien. “...Every month, to his office, he gets a little letter that says 'an anonymous donation has been made in your name.’”

Someone please give Mila Kunis all the awards.