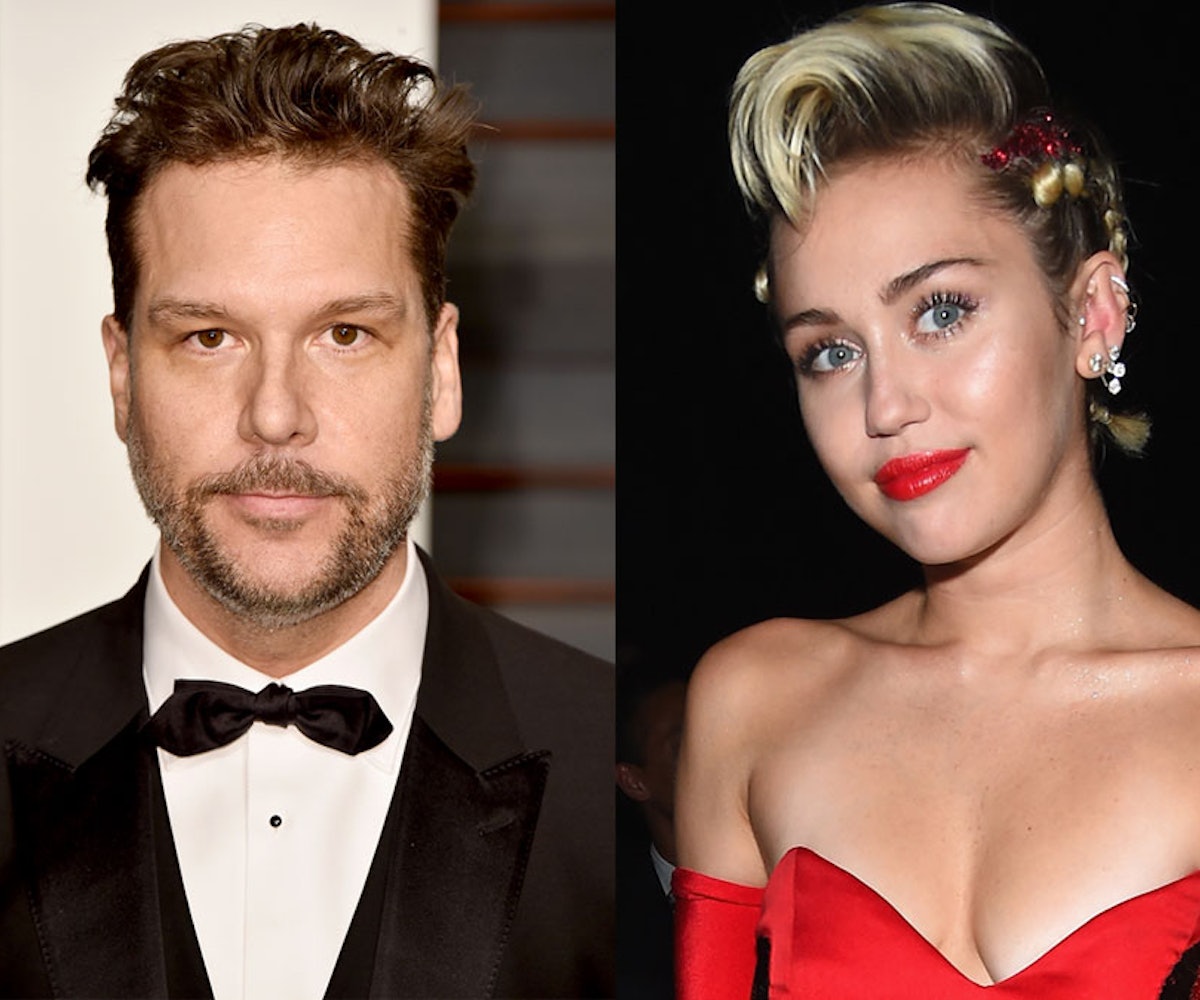 Miley Cyrus likes "funny men." And so, a few months after she posted Dane Cook's personal message to her (“Don’t you ever let someone treat you like a yellow Starburst. You are a pink Starburst.”), and Cook Instagrammed

of the two together, there are rumors swirling about that the 22-year-old is dating the stand-up comic. And, according to US Weekly, the two are "hooking up."

As the publication states, the two met back in 2013 at an "impromptu dance party" at The Woods, an L.A. club, and have been friends since. Hanging out and being supportive of each other doesn't necessarily equate to a sexual relationship, but they would make an, err, interesting couple. We're sure there would be a lot of weed jokes, late-night fast food runs, and, of course, some more impromptu dance parties.