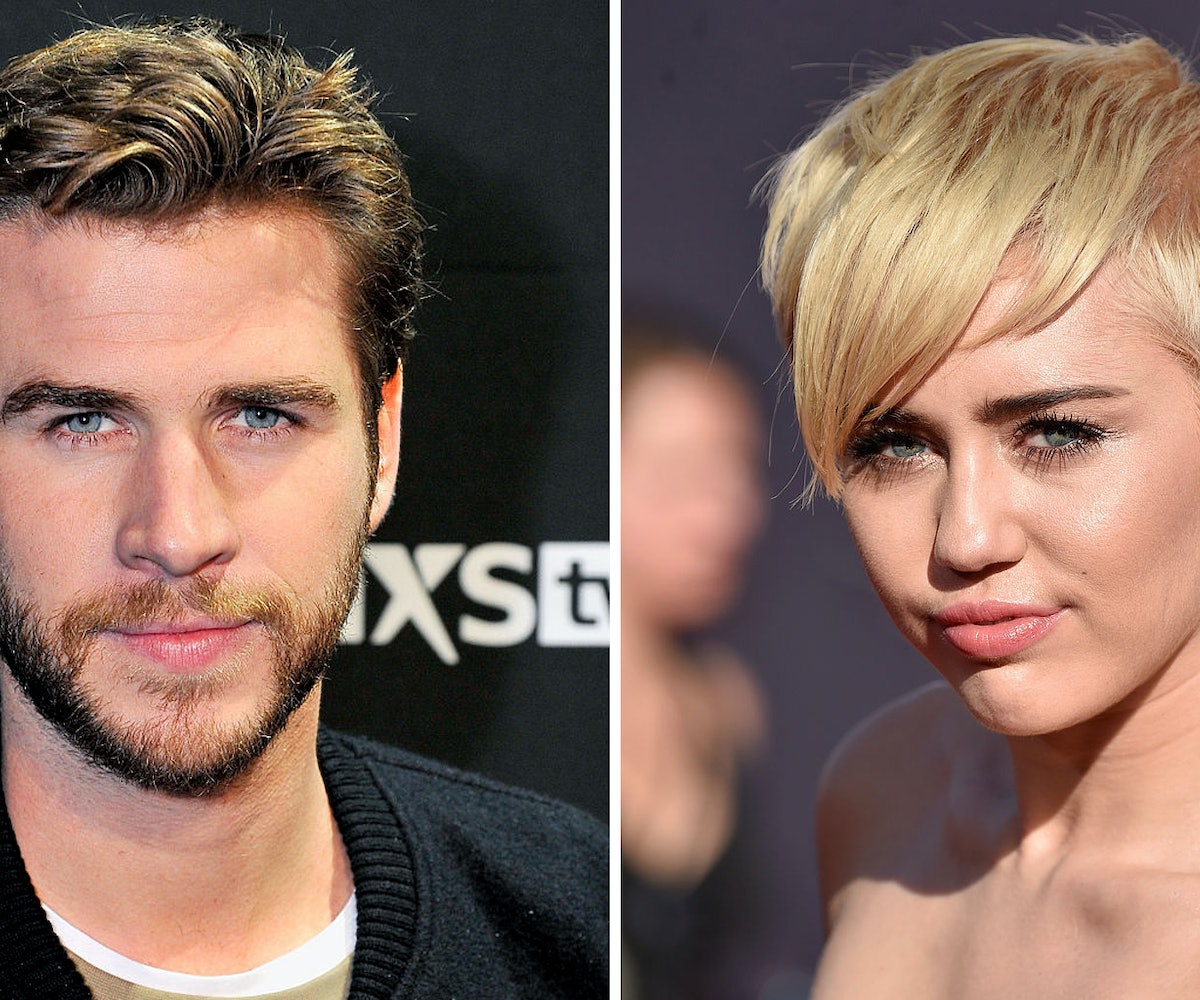 The couple looked positively happy as they held hands on the way to what witnesses have called a “lunch date” with Hemsworth’s mother and father in the seaside resort town of Byron Bay, Australia yesterday. Hemsworth’s sister-in-law and wife of Thor (aka Chris Hemsworth), Elsa Pataky, joined the couple as well. Hemsworth and Cyrus looked decidedly casual and decidedly coupled.

Though the couple has not confirmed a new engagement in any real way, it’s starting to become showbiz’ worst-kept secret. On top of appearing in public with the same engagement ring Hemsworth gave her back in 2012, Cyrus has apparently moved in with her former fiancé and been hanging out with her potential in-laws.

Cyrus and Hemsworth originally met on the set of The Last Song way back in 2009, became engaged in 2012, and separated in 2013 only to reunite at the end of last year. We'll certainly update you if the two finally, finally make any kind of confirmation about their pretty darn obvious relationship status.