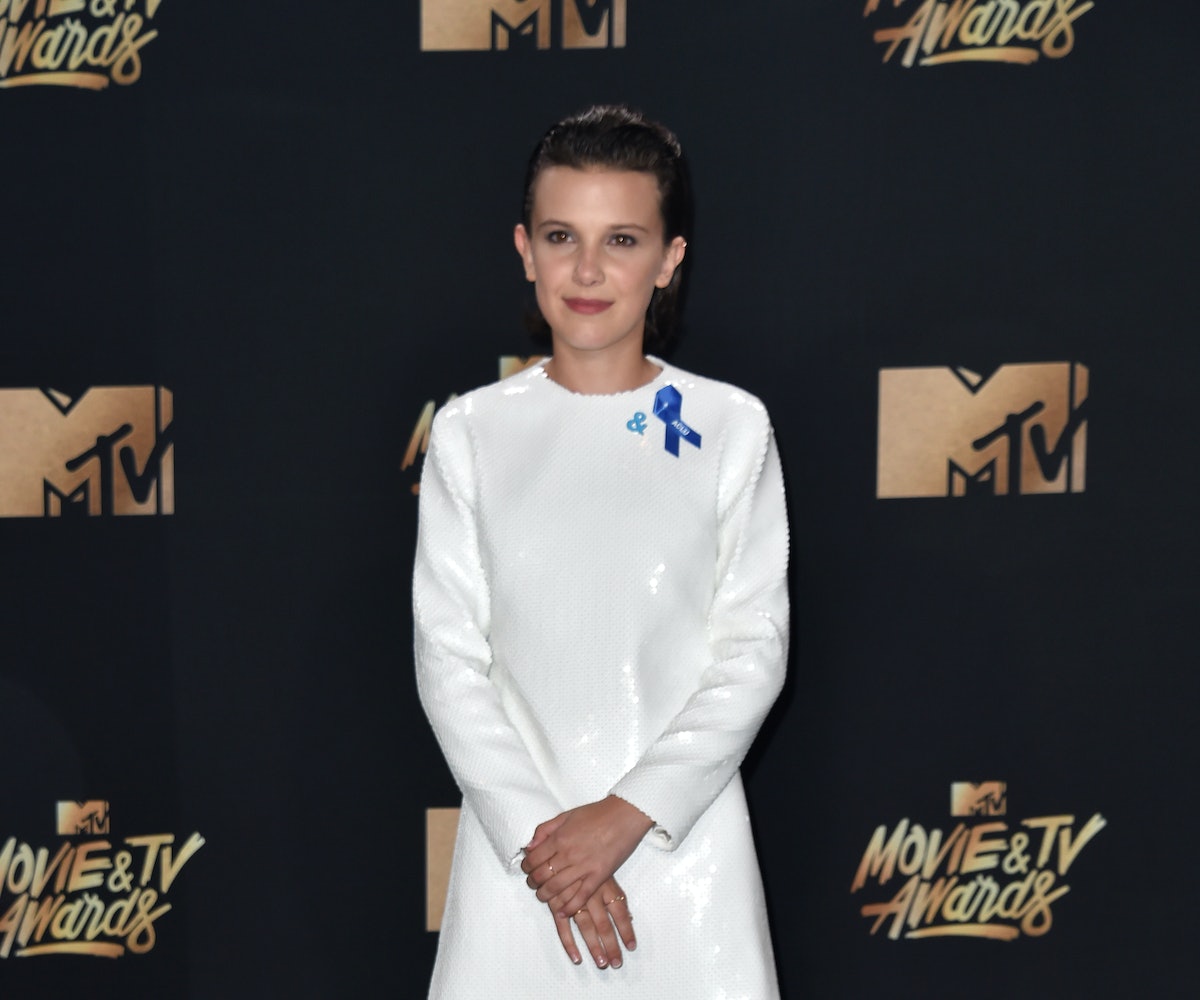 Millie Bobby Brown may have skyrocketed to fame for inspiring one of the most iconic Halloween costumes of 2016, but she's proven since Stranger Things that she's much more than her badass character Eleven. The young actress is also a music enthusiast and boasts a phenomenal singing voice. Brown had her own YouTube channel (since removed) where she would upload videos of herself covering pop songs by artists like John Legend and Ed Sheeran, and the covers were good.

Recently, Brown treated the crowd at Argentina's Comic Con to a rendition of Beyoncé's "Ave Maria" before transitioning into Katy Perry's "Firework." The beautifully sung covers were understandably met with great enthusiasm from the crowd.

During her time on stage, the young actress also shared the admirable reason she got into acting in the first place. "My dad wanted me to leave the house on Saturdays and he told me to look for an activity," Brown said. "I immediately wanted to be an actress and use this platform to help people."

On why she chose to play Eleven, she said, "She is powerful, iconic, a woman, and a hero. I loved [Eleven] and knew right away that I would love the complete look to the character."

We still have a bit of a wait before Stranger Things comes back for what's bound to be an epic second season, but in the meantime, we can follow Brown to keep our anticipation at bay.