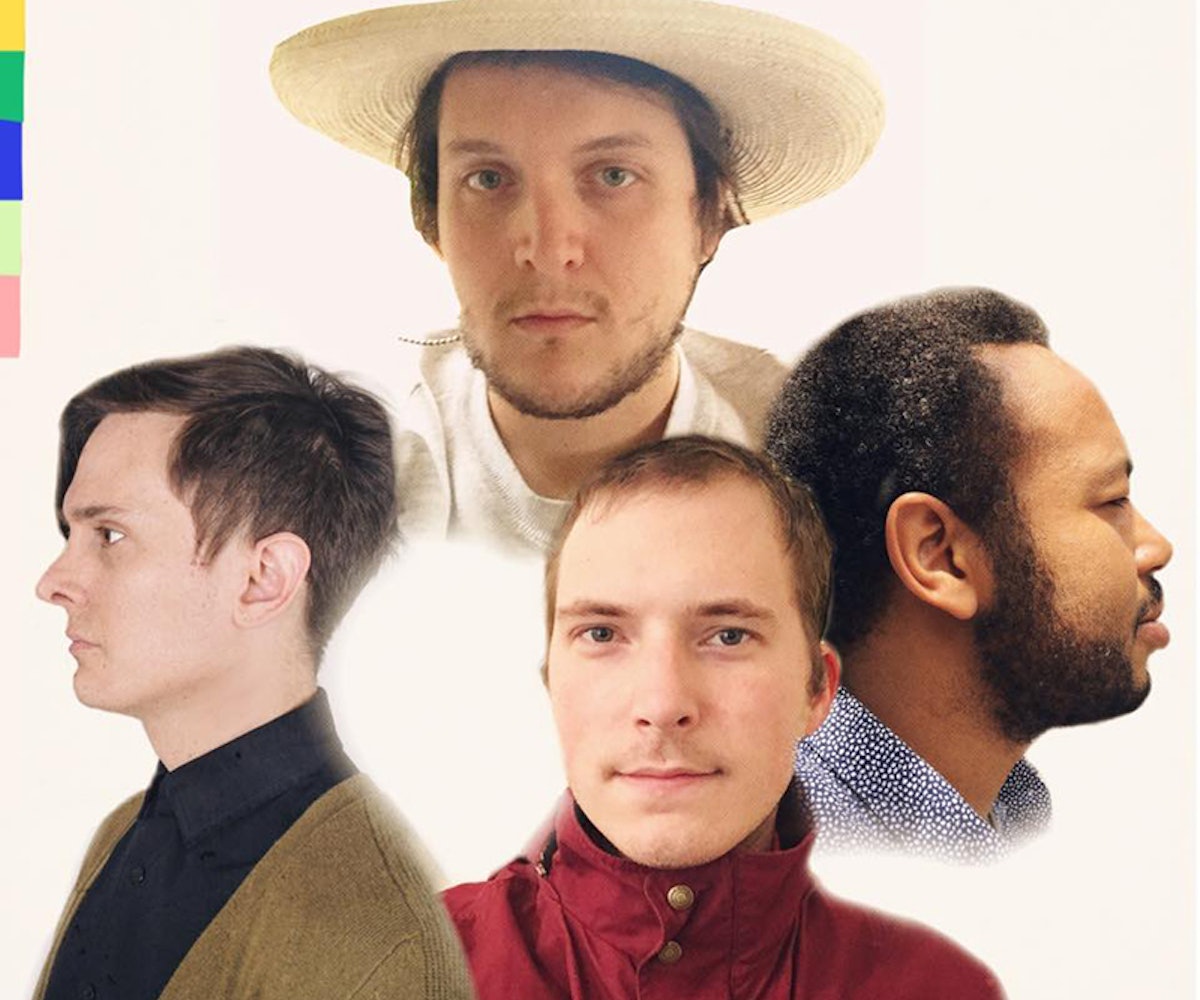 It's been two long years since Miniature Tigers released a full-length album. During the period the band took a break, a few members went off to pursue solo endeavors. Now, the four-piece is back together for their fifth studio album, I Dreamt I Was A Cowboy. We're premiering the first single, "Crying In The Sunshine," a chipper tune that comes from a dark place. Frontman Charlie Brand wrote the song while he was in a state of, what that he describes as, "summer depression."

"I was walking through a canyon in Southern California. I remember I was crying and I remember the sun blinding me. It felt comforting to be that sad in such a beautiful place, surrounded by flowers and cactus," he says. "I wanted the music to feel like my life being blown apart in that canyon. I wrote the lyrics on the walk home and I finished the song the following afternoon."

I Dreamt I Was A Cowboy

was written at the end of one of Brand's previous relationships, so you get a raw sense of those feelings in every recording. Before you get too down about the backstory, there's a silver lining here—the album features the charmingly droll vocals of Mae Whitman, who just so happens to be Brand's current girlfriend. (From what we've seen on his

page, they seem to be doing just fine.)

Truth be told, this single couldn't be coming out at a better time, now that summertime is coming to a close. Listen to "Crying In The Sunshine," below.