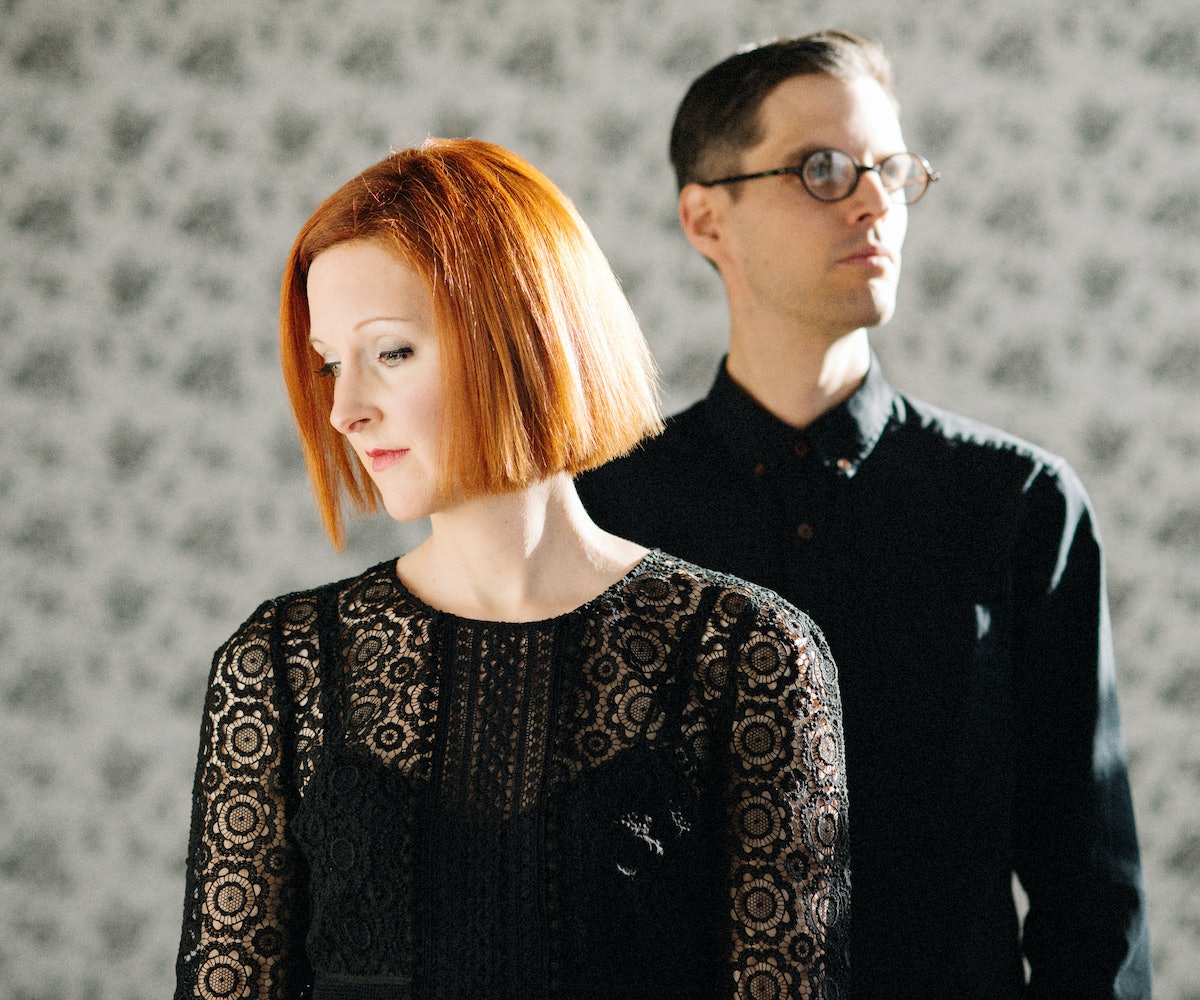 Comprised of frankly adorable husband and wife team Keith and Hollie Kenniff, Mint Julep is shoegaze done right. Don't take our word for it. You can listen to their single—a cover of When In Rome's "The Promise"—premiering right here, right now.

Keith said about the track, "How the song started was that I had heard it on a radio station playing hits from the '80s a couple of years ago and for some reason I had never heard it growing up." Naturally he brought it home to his beloved. "I told Hollie about this song I heard and she knew it very well and loved it. We wanted to try and do a cover of a song for a while but were looking for something that hadn't been overdone and a song that we could put a new spin on." Certainly, it's all that and more.

"It was a little daunting because it's already such a great song, but we thought it might be cool to have a woman singing and frame it in a bit of a different style. We put it on the back burner for a little while, but then got inspired to follow through and see if we could pull off an updated version that sounded compelling."

He continues, "I took the tempo down quite a bit from the original, so it's not as peppy and a little more subdued/dreamy, almost ballad-ish, which I think lent itself well to Hollie's soft vocal delivery. We originally didn't plan to have it on the album, just as a one-off release, but we put it in the mix with the other tracks we were working on for the album and it seemed to fit in quite seamlessly, so we decided to include it." Thank goodness they did, right?

Stream the cover, below!