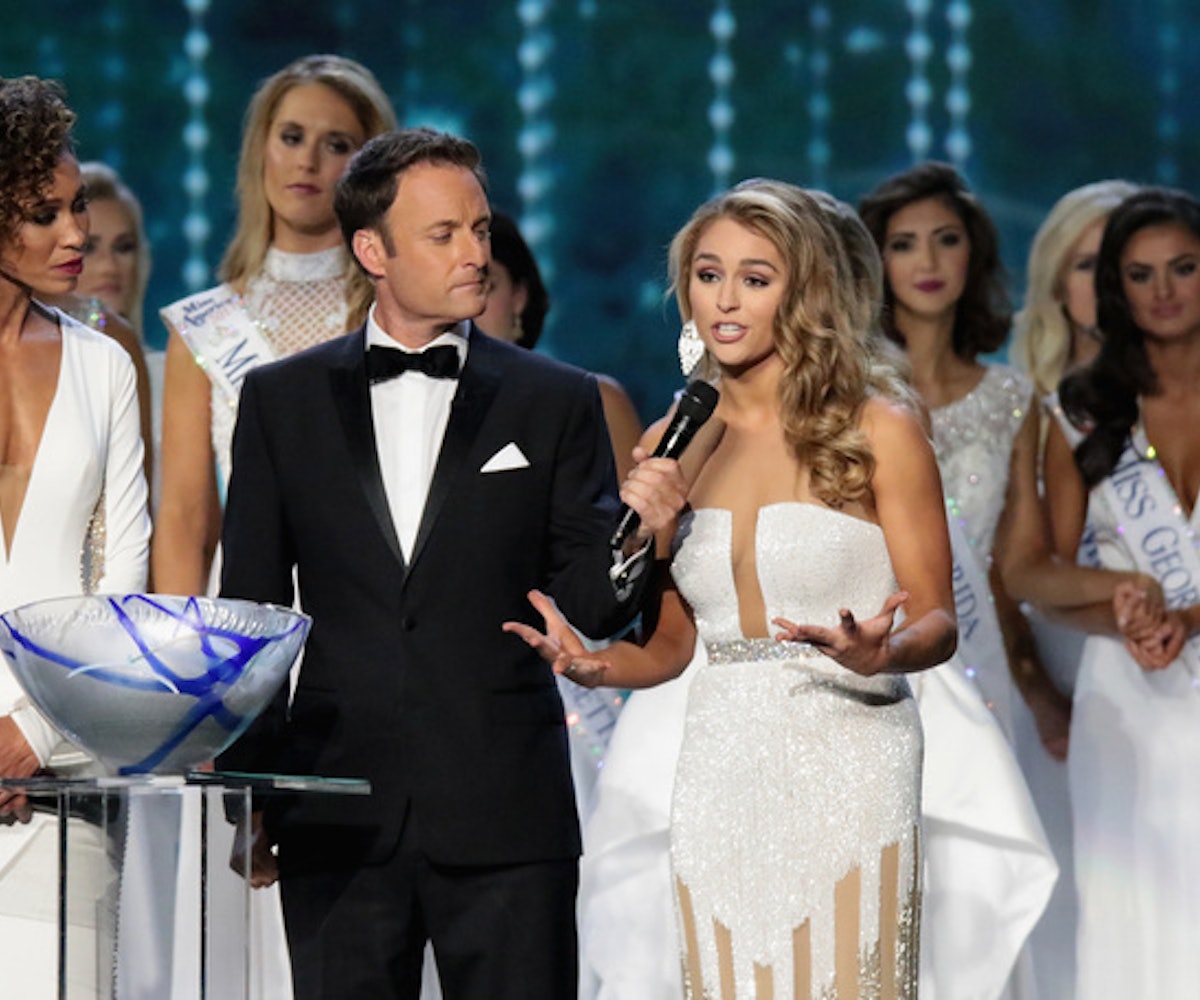 Miss Dakota was crowned the 2018 Miss America during last night’s ceremony. But all everyone is really talking about today is Miss Texas’ takedown of Donald Trump.

During the Q&A portion of the event, Margana Wood was asked what she thought about how Trump handled the neo-Nazi rally in Charlottesville, Virgina, last month. With only 20 seconds to answer the question, Wood fearlessly let it be known where she stands on the issue. “It was very obvious that it was a terrorist attack," Wood said. "And I think that President Donald Trump should have made a statement earlier addressing the fact and making sure all Americans feel safe in this country. That is the number one issue right now.”

And, just like that, in less than a minute, Wood made a more powerful statement regarding white supremacists than the person currently holding the position of commander in chief. It makes the burn hurt even more when we consider Trump’s love for beauty pageants. Sad!

Wood might not have taken home the crown that night, but she's got our support in whatever future career she plans on pursuing in politics. Don’t mess with Texas, y’all.