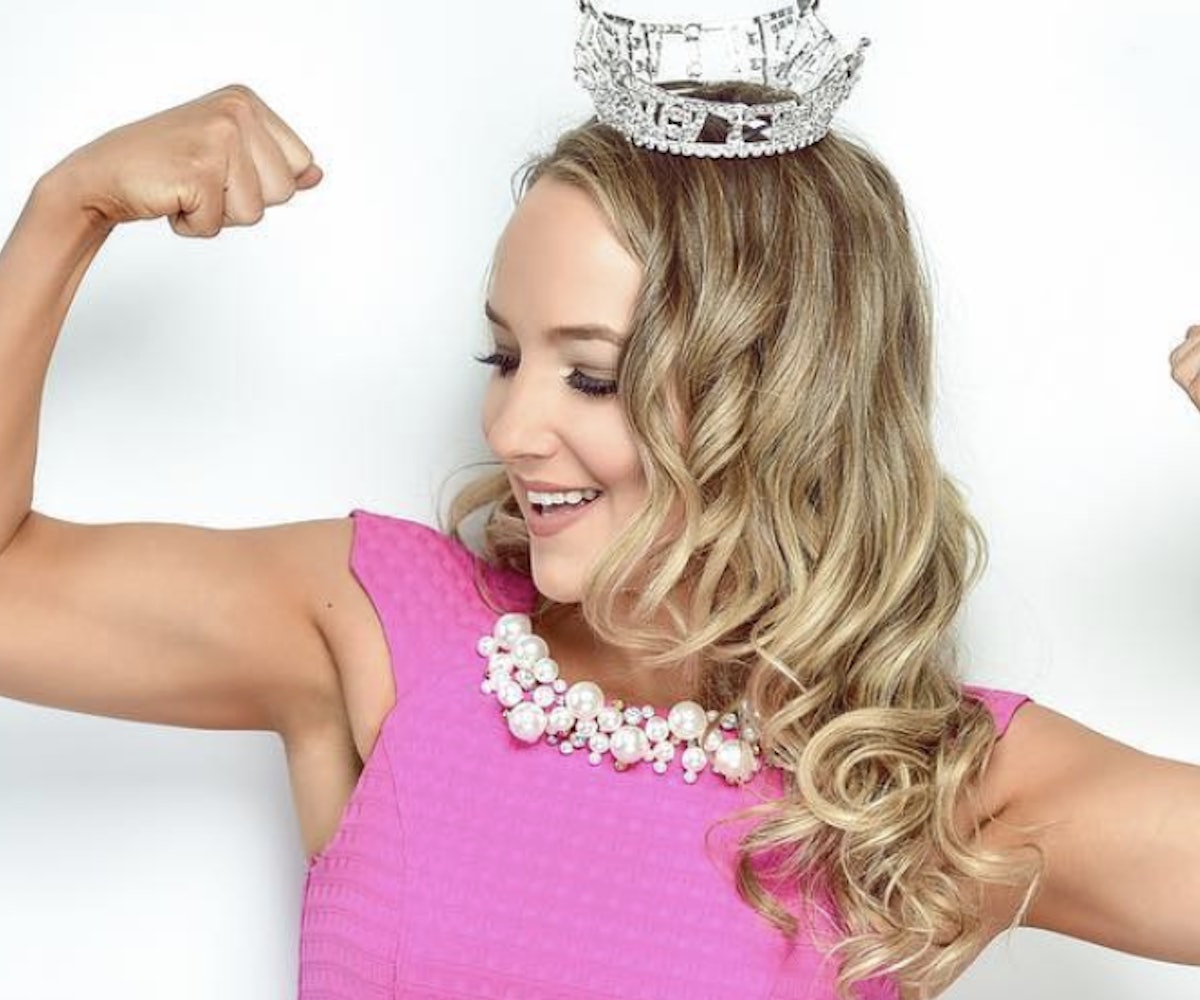 A beauty queen gave up her title after the pageant she competed in made light of the Me Too movement.

Maude Gorman, a contestant in the Miss Massachusetts 2018 pageant, resigned as Miss Plymouth County last week via Instagram, writing that, while she was "grateful for the opportunities that @missamerica creates for young women," when #MeToo was mocked onstage, it set off an internal conflict for her.

"As both a survivor, and advocate for victims rights and sexual violence on a whole, I refuse to stand idly by and simply 'let this go,'" Gorman wrote. "Instead, I will stand up for every individual who has ever had the courage to speak out; and for every person who felt liberated by the #metoo movement. I will not allow ANYONE to take away that empowerment and liberation, or make it anything less than what it is: AMAZING."

Per a video posted by the Observer, the joke in question appears to be part of a comedy skit, in which a woman kneeling onstage bemoans the loss of Miss America's swimsuit competition. "We may have very well seen the last ever swimsuit competition onstage," she said. "It's very upsetting and I'm trying to understand, God, why it happened." In response, a man "dressed as God" and holding a #MeToo sign said, "Me too, Amy."

Gorman, who was gang raped when she was 13, told CNN that she heard the joke while she was backstage and "instantly knew I had to do something. It was going to eat away at me if I didn't."

“It was heartbreaking to hear,” Gorman told The Boston Globe. “In that moment, everything collapsed right in front of me.”

Gorman wasn't the only one offended by the joke. Following the backlash, Miss Massachusetts board of directors posted an apology about the skit earlier last week.

"The skit was not in the script and was not authorized by the board," the board wrote on the competition's official Facebook page. "Moving forward, we will review all content with future emcees and other participants prior to our show to be sure offensive or potentially offensive content is not allowed."