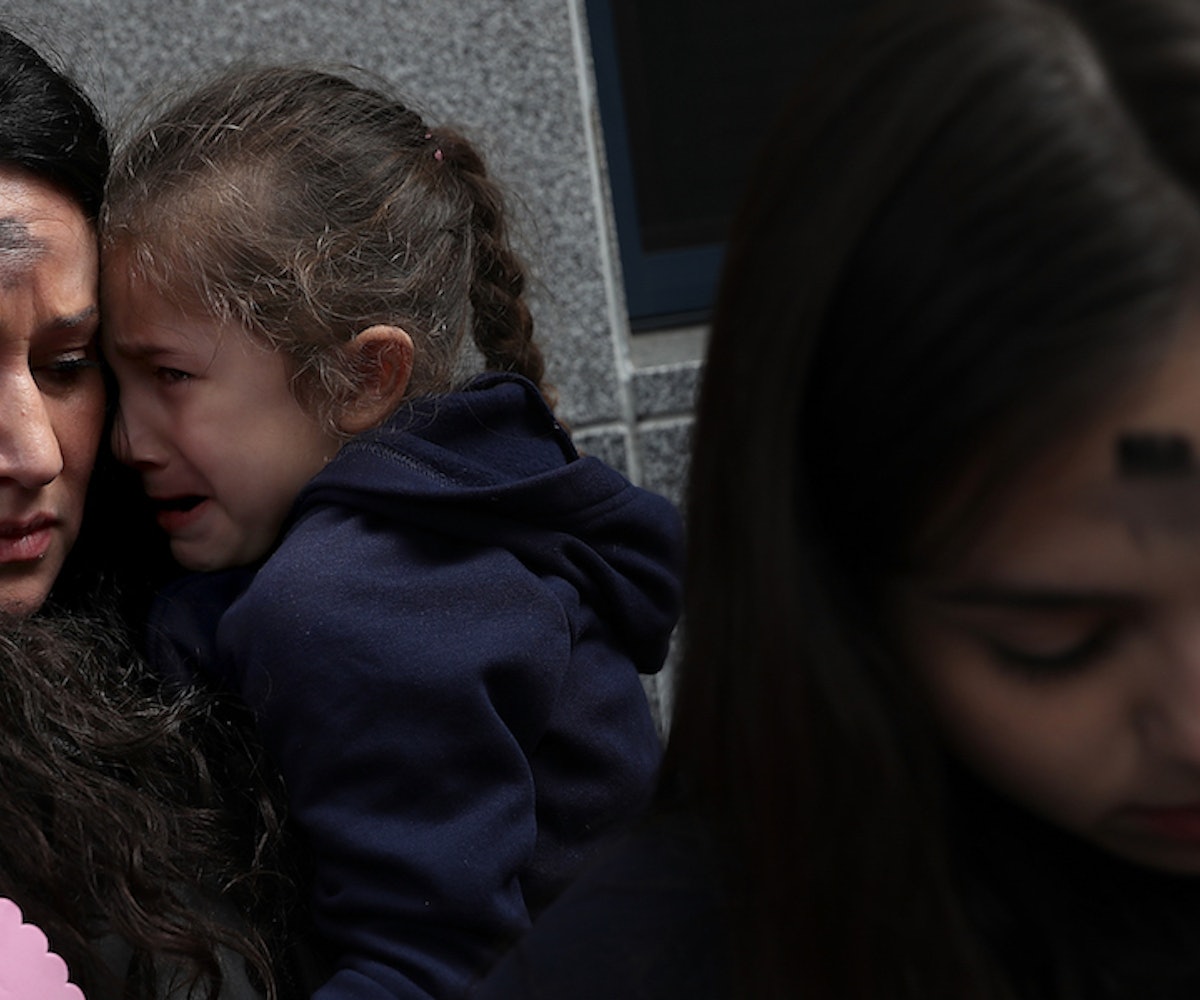 Photo by Justin Sullivan for Getty

There are certain political stories that have a greater chance of going viral on social media than others. It helps if they have the kind of attention-getting headline that appears to tell the whole narrative in just a few words. It helps if they center around the kind of thing that inspires universal outrage, like injustices against children. And it helps if the story drops in such a way that it can be made even more digestible by a corresponding meme.

And so, the recent news story about 1,500 immigrant children who have gone "missing" under the Trump administration's watch was poised for—and received—viral attention. After all, this story has a compelling, easily understood headline (per The New York Times: "Federal Agencies Lost Track of Nearly 1,500 Migrant Children Placed with Sponsors"); is about a problem any right-minded person finds abominable: lost children; and the story was compounded by the fact that, over the weekend, Ivanka Trump posted a tone-deaf Instagram in which she professed her love for her son. Add to that other reports of the Trump administration actively separating children from their parents at border crossings, and it's no wonder that the story went viral. Unfortunately, it seems clear that not only do most people spreading this news fail to understand what the news really is, but they also don't understand the difference between being "lost" and being "lost track of"—intentionally.

Although there's no doubt that most people sharing the news of the "missing" children, and equating it with the stories of children being removed from the care of their parents at the border, are well-intentioned, and want to shed a light on the abominations of Trump administration's entire immigration philosophy, they also seem oblivious to the nuance in a situation like this. As lawyer Josie Duffy Rice explained yesterday, in an illuminating Twitter thread, by lumping these two situations together, people could be actively harming the 1,500 children, and potentially advocating for a more aggressive immigrant-tracking system by U.S. Immigration and Customs Enforcement.

Duffy Rice emphasizes that the 1,500 children all came to the border as unaccompanied minors; once here, they were released into the care of either family members or someone else with whom they had a preexisting relationship; sometimes, when those options weren't available, the kids were sent to shelters or foster homes. But after that, the Department of Health and Human Services' Office of Refugee Resettlement left these children alone. They weren't tracked. It was only when the ORR tried to re-establish contact with them and couldn't—which could be for a variety of reasons, including that someone just... didn't pick up the phone—the children were labeled as "missing." And while "missing" children might sound like an unequivocally bad thing, Duffy Rice explains that it is actually a whole lot better than being actively tracked by the government indefinitely, putting yourself and family members at risk of being deported in the future. Times further explains that these children are all facing deportation proceedings once they are placed in the care of someone else; so while they are able to try and get asylum, should they deem that unlikely, it makes sense that they would try and stay here by other means—including by getting "lost" in a system designed to try and kick them out.

For the trouble she went to, explaining this whole situation and affording it the nuance it deserves, Duffy Rice was offered much praise—and some backlash, with a few people absurdly suggesting that she might be working for Trump. But what she gave everyone who wants to combat the horrors of the Trump administration is immeasurably valuable: a reminder that the road to hell is paved with good intentions, and even if seems like you can understand a story just by reading the headline, you pretty much never can, and should take the opportunity to brush up on your reading comprehension skills, so you're better able to protest the many, many, many things that need protesting, and steer clear of the stuff that doesn't.