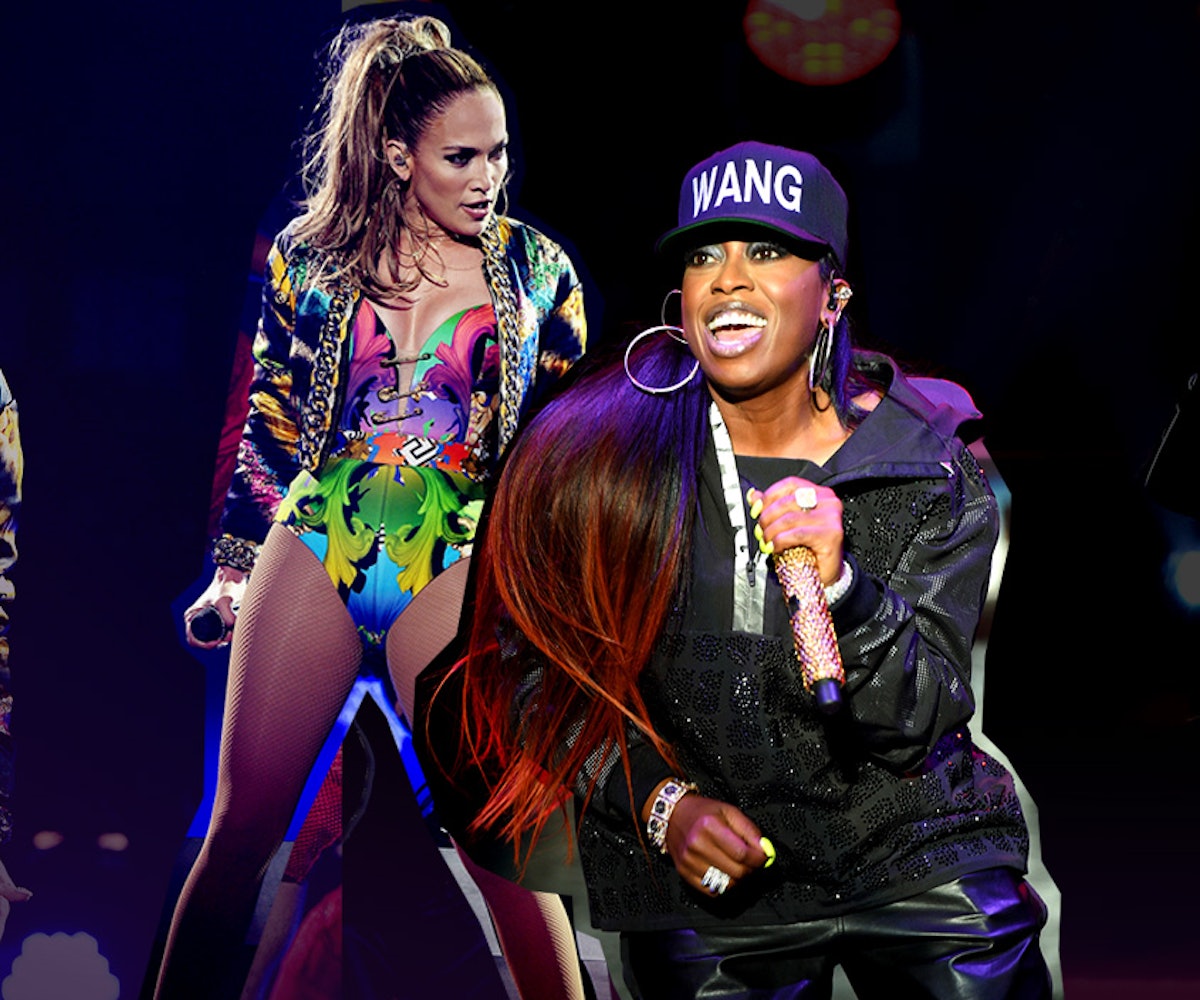 For those of us who've been awaiting Missy Elliott's return to the music scene, sh*t just hit the fan. According to a not-so-subtle Twitter exchange, the rap icon and pop diva Jennifer Lopez may have a collaboration in the works.

A fan/self-proclaimed "social media sleuth" noticed that the artists had followed each other, and tweeted to suggest that something "amazing [was] brewing." Missy replied, "Could be...wow fans don't miss a beat yall see erthang." Then, J.Lo put some Martha Stewart-level icing on the cake with her response: "no they don't!! Lol...;)"

Rumors swirled that a Missy Elliott comeback was on the way after her surprise appearance during Katy Perry's Super Bowl performance, and were confirmed when Pharrell announced that she was working on an album. If there is an upcoming single from these two aughts queens, we just hope it drops after we've regained consciousness from this news.