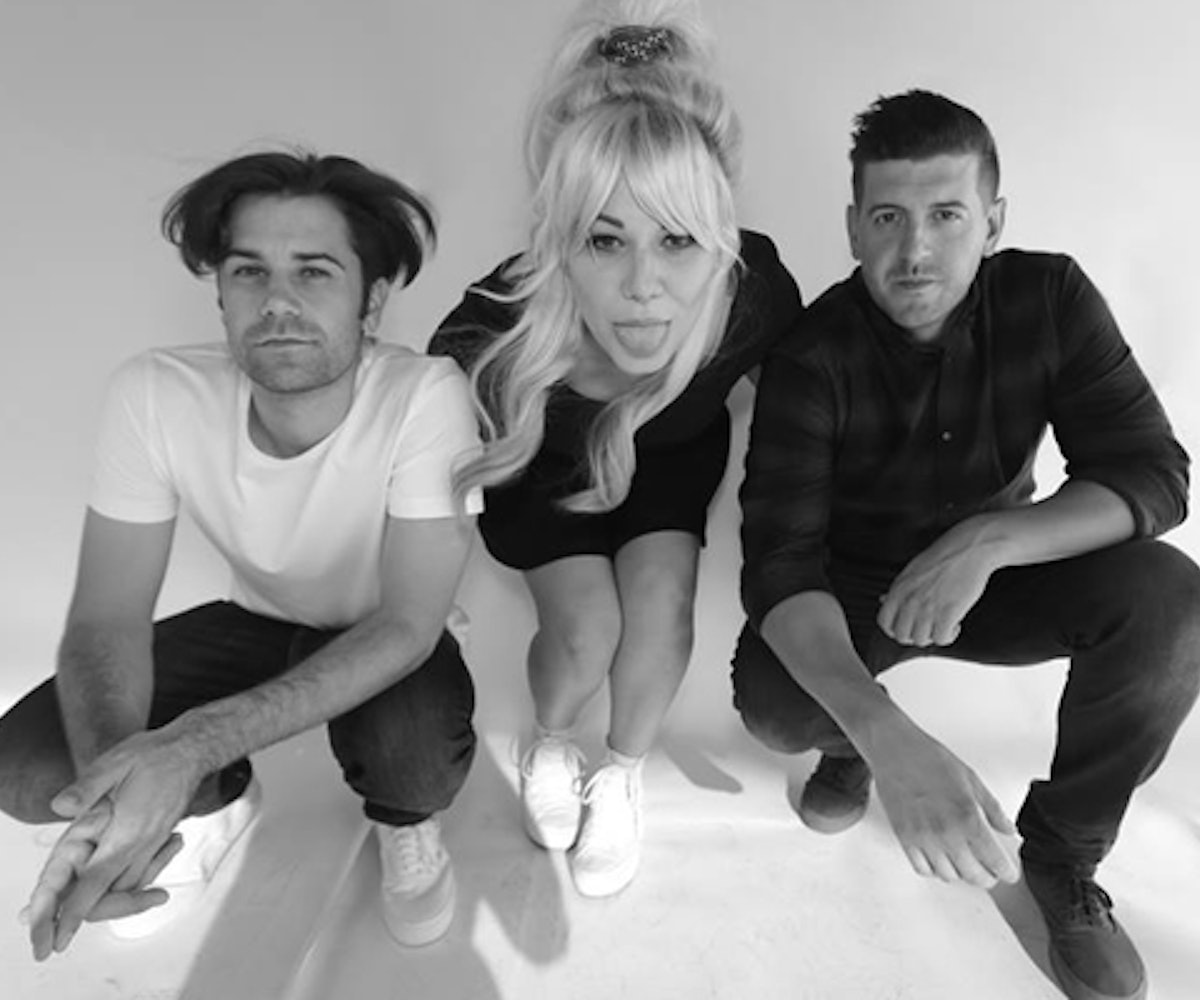 Last March, stumbling through Austin during SXSW, I stumbled on a band led by an adorable frontwoman and they played played this groovy, disco-inspired dream-pop that, if it was three or four years ago might be called chillwave but in fact was more along the lines of, say, Deee Lite. I learned the band was named Misun, and the name was taken from the singer Misun Wojcik. Like the rest of the world, I was immediately taken with the upbeat, "Travel With Me," a testament to the fact that there is no such thing as a bad use of steel drums. (If there are, don't tell me about it, I don't want to know.) "Travel With Me" was the idea summer jam, but summer has ended, and Misun has turned out another tune in the same whimsical vein with "Superstitions," which distills their warm-weather vibes into a slower (but no less energetic) jam. The neo-futuristic synths, plus Misun's '60s-esque vocals feel familiar, but unlike anything out there. Do yourself a favor and check it out.