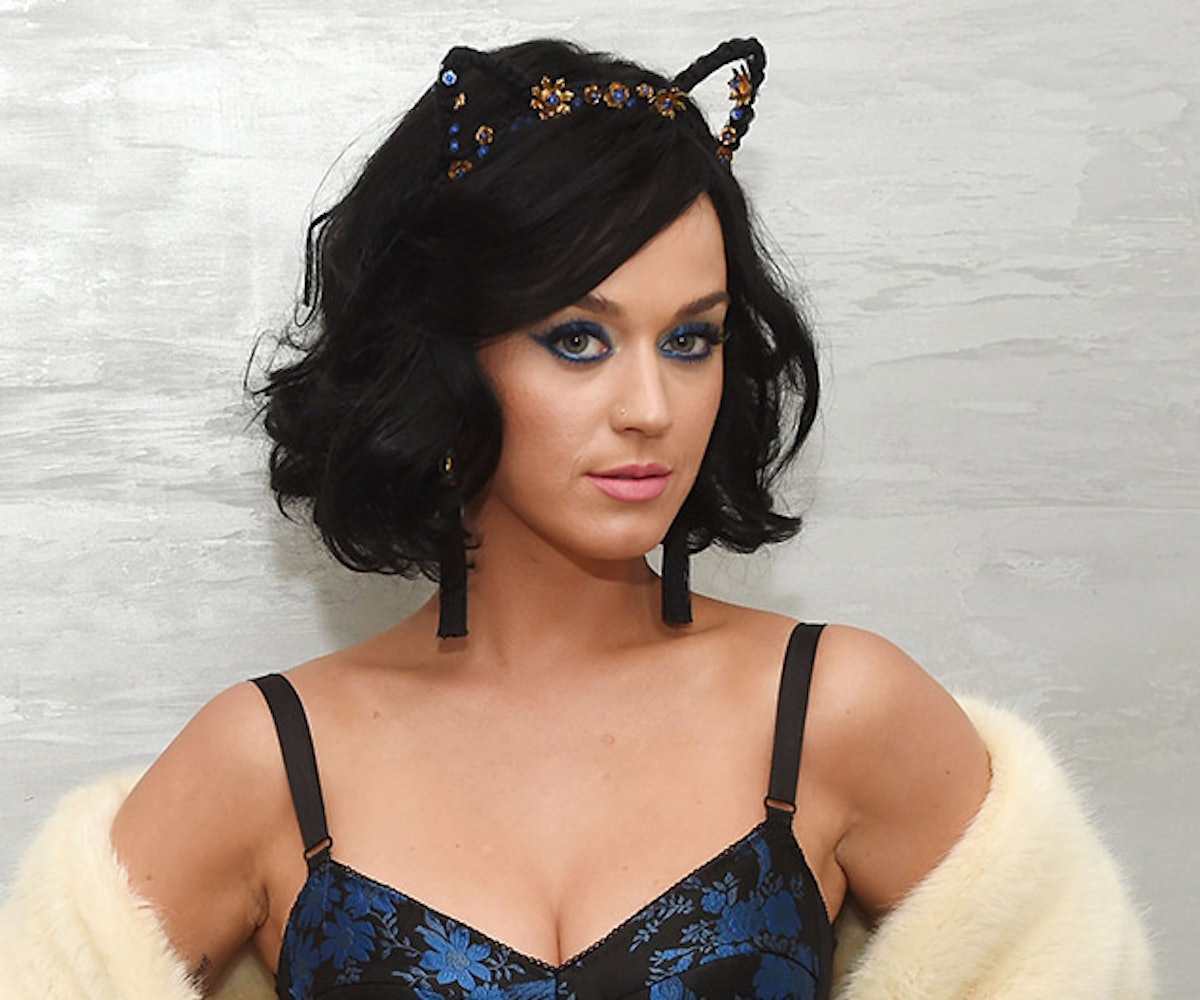 It turns out, 90 million people follow Katy Perry on Twitter. That's the highest number of followers anyone of the microblogging platform has. When you think about it, nearly one-third of the United States population follows the "Roar" singer. You would need over two Californias, Perry's home state, to house all of those people. What kind of pop music sorcery is that?

Twitter celebrated Perry's new title—the most followed person, ever—with a congratulatory tweet that also highlighted Twitter's new sticker function. (Hey, gotta promote when you can!) Capitol Records followed up Twitter's announcement by kicking off a #Katy90GIFParty thread, asking users to share their favorite Perry GIF. As of the time of publishing, Twitter's official supreme hasn't said anything. But fear not; she'll get that roar—erm, tweet—out in no time and 90 million people will wait to see it.