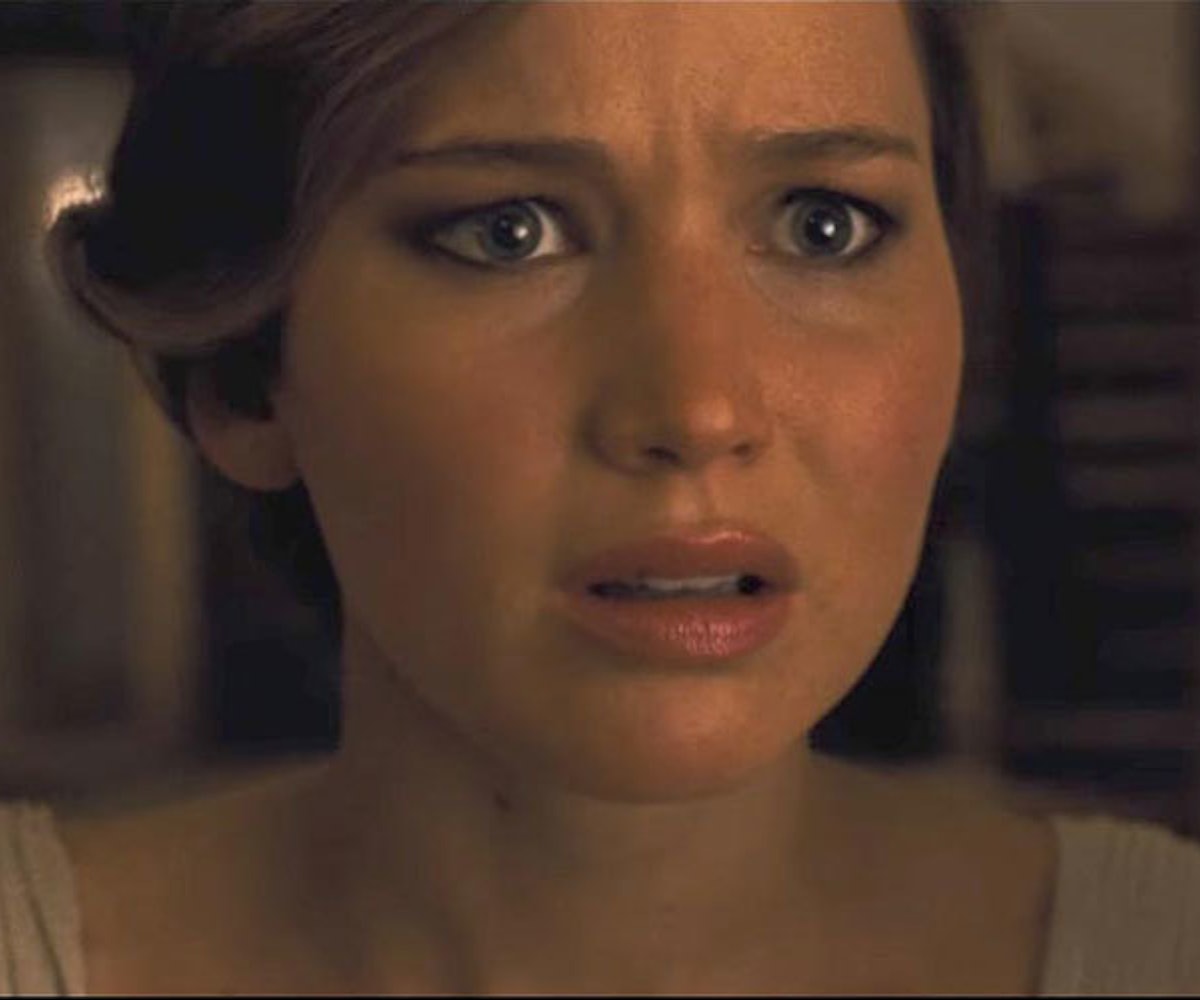 Mother! had all the bait necessary to court Mr. Oscar: an Academy Award-winning cast and director, massive festival hype, and an element of prestige. And yet, it received no such recognition from the Academy. Those mother! f*ckers.

I'm kidding, of course. I get why it didn't score a Best Picture or Best Director nod. I understand how audiences could be turned off by the film's on-the-nose approach to its metaphors. Darren Aronofsky's latest is messy, yes, but it's a master class of tension-building, and Jennifer Lawrence gives a performance surely more deserving of an Oscar than Meryl Streep in The Post. (Sorry, not sorry, Film Twitter.)

"What about the experience of watching mother!?" Martin Scorsese asks in a Hollywood Reporter op-ed, criticizing the harsh divisiveness mother! received almost immediately after it was opened to the press. Praising the acting, camera work, and how it all works in concert to build a world destined to crumble, Scorsese calls bullshit on the idea that movies should not offend movie-goers. "Only a true, passionate filmmaker could have made this picture, which I'm still experiencing weeks after I saw it," he wrote.

"By no means is [mother!] an Oscar-friendly film," Hero Lux, the co-founder of Surreal Dreams Studios, says. Instead, Lux considers it to be a poorly marketed arthouse film "with a great cast that deceived audiences into thinking it was just another exploratory horror film." Indeed, the marketing of the movie was all over the place. What are audiences to make of a painted poster with Lawrence's character handing her heart out as a sacrifice and then watching a trailer that's less lush than the Eden the poster depicts? And how does Rosemary's Baby play a role, as this poster suggests? Some movie-goers, like myself, love a cryptic marketing campaign, but even this one, I'll admit, lost its footing. Instead of inspiring people to ask what mother!'s about, it had people going, "Okay... but what the fuck is mother! actually about?"

It's that disconnect that negatively affected mother!'s Academy campaign. Producer and film marketing consultant Brad Wilke calls it "a 'wolf in wolf's clothing' that was sold as a 'wolf in sheep's clothing,'" meaning the true nature of the film's shock value wasn't teased enough ahead of time. "[It] piles absurdity upon absurdity until it all collapses in a glorious mess at the end," which understandably, due to the extreme perverse nature of said mess, leaves audiences feeling more had than speechless. (Then again, who knew the aforementioned poster would be so literal...) Had the film been positioned differently (and, you know, had the people behind it not made fun of its haters), like Aronofsky's 2000 film Requiem for a Dream was, perhaps it would have fared better, putting it in front of the audiences that gravitate towards surrealist thrillers instead.

Perhaps then, when viewed as a surreal arthouse film, Lawrence may have scored that Oscar nom. Regardless, the marketing did get one thing right: You never will forget the first time you saw mother!—whether you liked it or not.