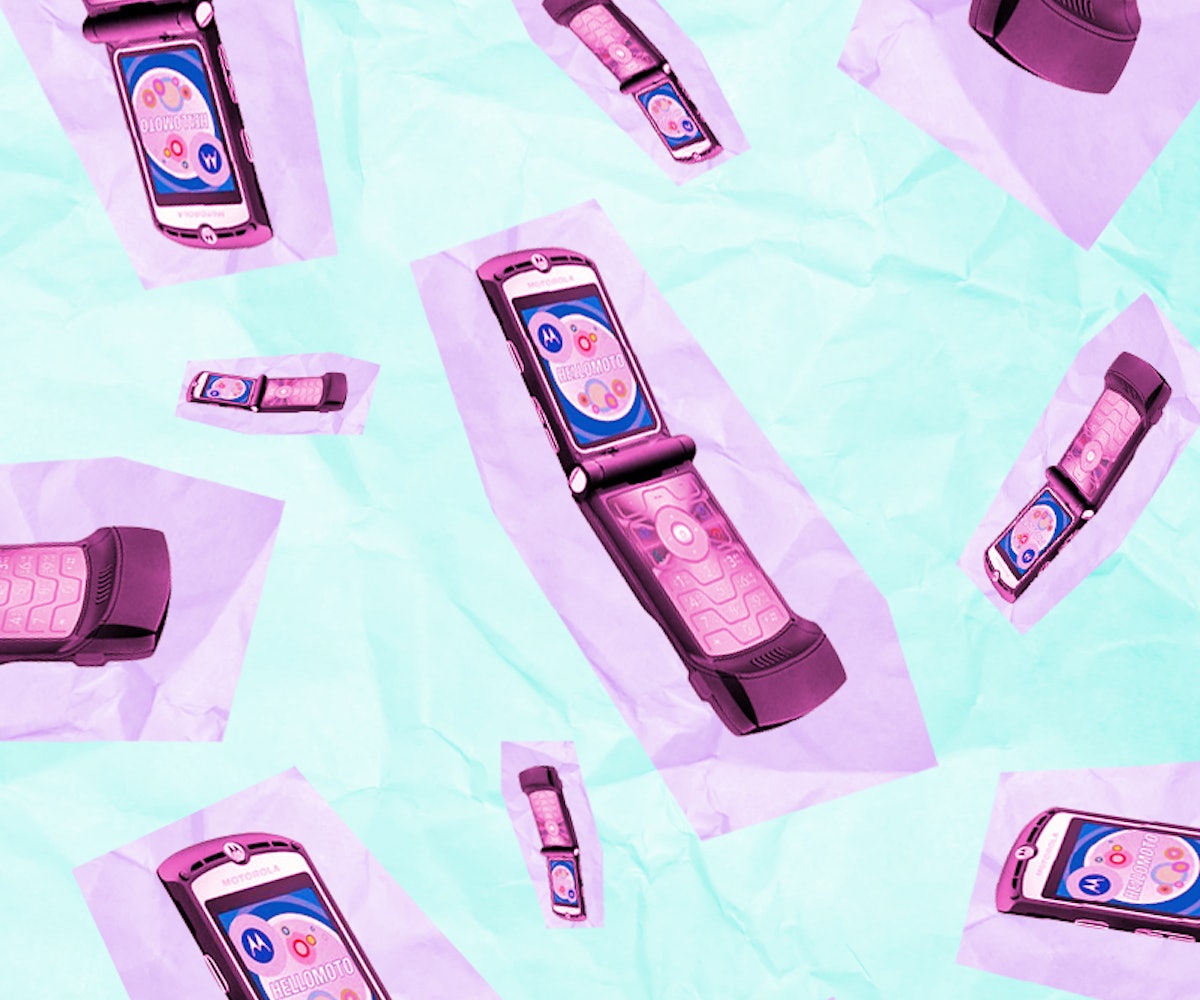 UPDATE 6/10/2016 1:10 PM: Motorola has reportedly released an apology to inform the public that it will not be re-releasing the Razr. We will continue to update the status of this development as we get more information.

Motorola is bringing back their iconic Razr cell phone, and we probably have Adele to thank for it. Analysts have long predicted a comeback for the noughties relic, with Samsung leading the charge, but it wasn't until Adele used a flip phone in her "Hello" music video that they really re-entered the public consciousness.

In a just-released teaser video, Motorola unveiled plans for a new iteration of the Razr, which at its height was the most popular cell phone on the planet, selling 130 million units worldwide. The video takes place in a high school and is heavy on nostalgic touchstones like bedazzled phones and popcorn shirts. It doesn't reveal much about the upcoming device, other than that it will run on Android and come equipped with a touchscreen.

"Flip back to the Razr days of yesteryear and get ready for the future,” reads a caption below the video, followed by a "TTYL." That "later" likely refers to an event on June 9, when Motorola plans to unveil the new handset.

Flip phones have already been rising in popularity in places like Japan and fashion icons, like Rihanna and Anna Wintour, have been doing their best to bring them back as well.

And, while it’s hard to imagine the retro phones making a significant dent in the smartphone landscape, we’re all for a little diversity wherever we can get it.