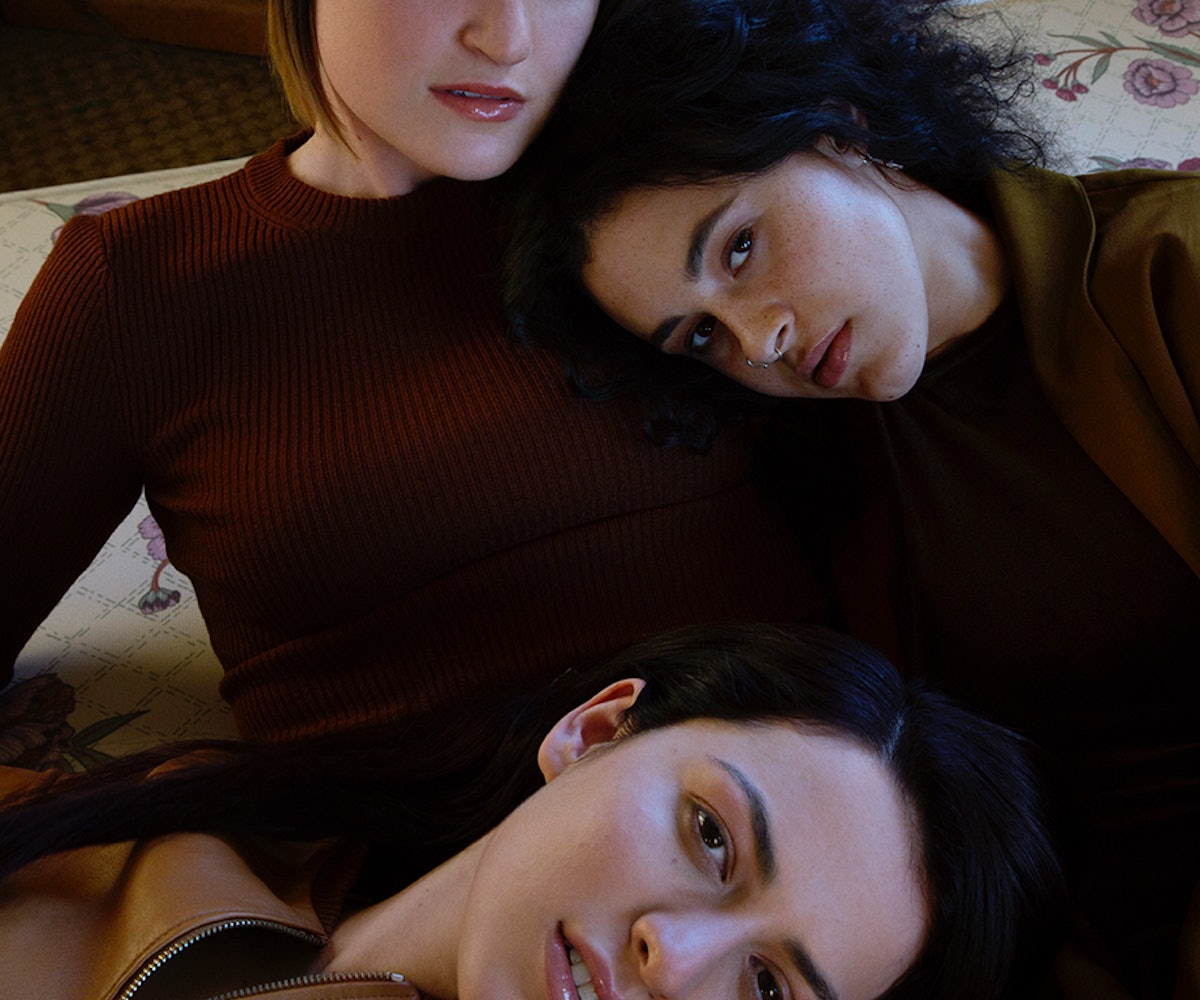 Anyone who’s moved away from where they grew up, has probably experienced that weird feeling of returning to a place that both is and isn’t your home. The girls of Los Angeles-based trio MUNA certainly have, and their new video for “Winterbreak” is a portrait of that bittersweet circumstance. Nothing’s changed except for you. “The ‘Winterbreak’ video is about the dual experience of belonging and non-belonging involved in returning to a former home,” they said of the clip, which features a cameo by Ione Skye and sees them driving past their old haunts, and eventually settling under a bridge with some king cans of Olde E. “Often when we’ve visited the places we grew up in, we’ve found ourselves in the strange space between nostalgia and total regression,” they continued. “We visit familiar places in which we no longer fit, surround ourselves with familiar people with whom we don’t necessarily connect anymore, and engage in familiar activities that might normally strike us as incredibly immature. Despite being in the same world we were immersed in as children and adolescents, there is a sense there that almost everything about ‘home’ has changed. Generally for us, the only solace has been really great friends. So we tried to show some of that.”

MUNA are getting ready to release their debut record, The Loudspeaker EP, on May 6, which will showcase their talent at crafting luminous pop that shimmers on the surface, and swirls with complicated and ambiguous emotions underneath. If you happen to be in Austin this week for SXSW, the band will be performing several shows where you’ll have the opportunity to see why they’re one of the most promising young acts around.