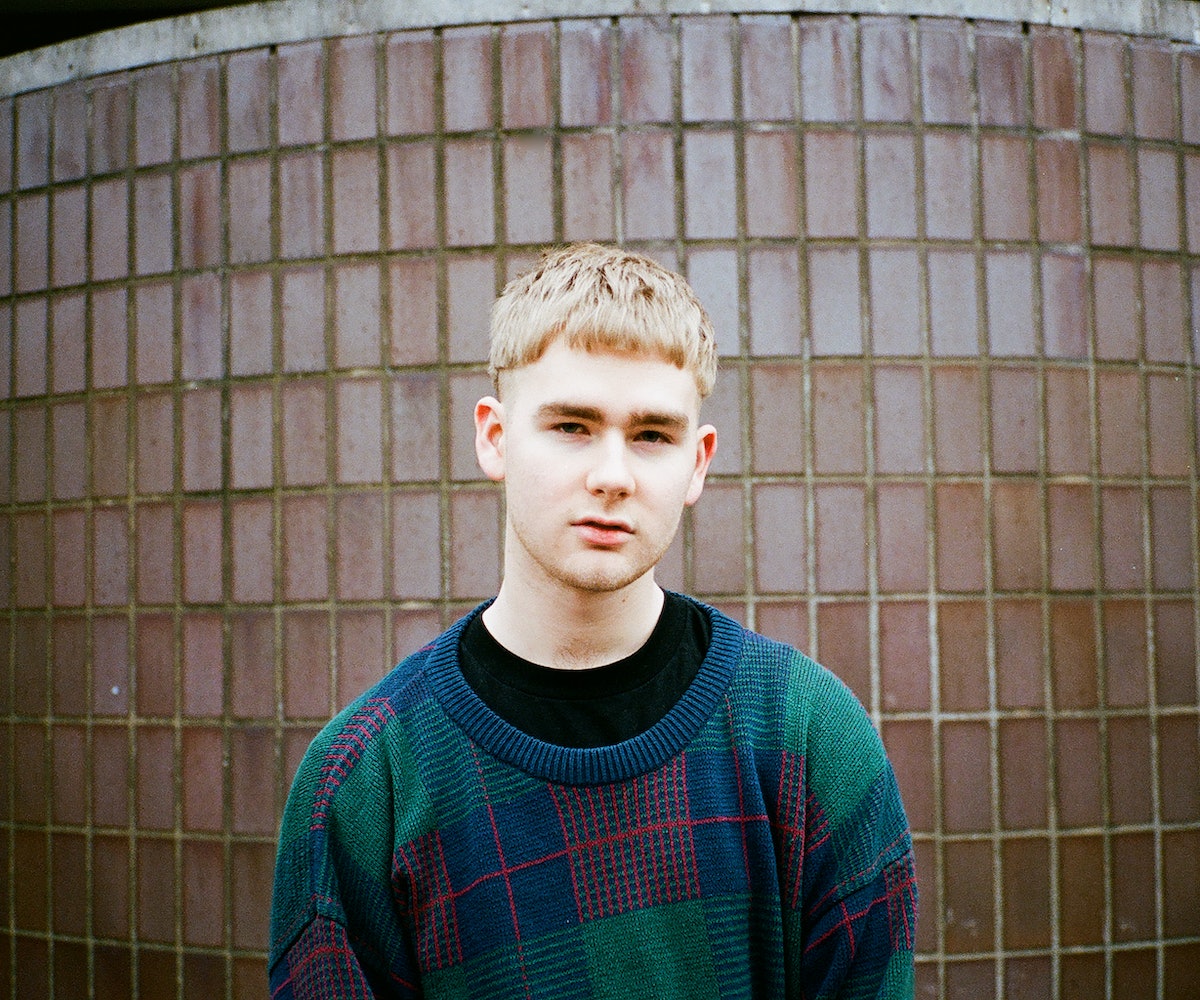 Electronic artists typically fall into one of two categories: those content with being the center of attention (see: Diplo and Steve Aoki), and those who wish to stay out of the spotlight (see: Disclosure and Deadmau5). Alex Crossan, who goes by the moniker Mura Masa, a name taken from a 16th-century Japanese swordsmith, has been trying to fly under the radar, but it's getting harder and harder for him to escape notice.

The self-described shy musician (as he told us in our interview below, “I love nobody’s company”) who has just released his highly anticipated debut album, Mura Masa—a project that includes guest features from A$AP Rocky, Desiigner, Charli XCX, and more—says his preference for being alone probably has a lot to do with his upbringing. “I grew up on a tiny island called Guernsey, very small population, very isolated culturally but very beautiful and serene,” the 21-year-old tells us. “In that way, growing up, I was observing things like club culture and underground scenes through the lens of film and the internet. So I kind of came at the creative process from that outsider perspective which I think informs a lot of the more peculiar choices I make in the music. It's almost like a distortion of something.”

His music has the feel of an observer; someone who sees things from the outside and incorporates those influences into their work. An example of this is the way Crossan pulls from Caribbean and hip-hop influences just as much as he does from pop and EDM. But, in every case, the experimentation doesn’t seem forced or contrived; it adds to the flare. “I think the first song I remember hearing was Joni Michell's ‘Big Yellow Taxi,’ my mom played it for me on the car radio,” Crossan says. “I've always appreciated having a wide music taste, despite making what a lot of people would call electronic music. I think admiring songwriters from lots of different places musically really matures the music.”

Hear more from the wise and talented producer ahead. And give Mura Masa a play through when you’re done.

I think working hard and achieving a lot young. Nice to think I've got plenty of time to do a lot more.

What famous person—dead or living—do you wish you could have as a roommate?

I reckon a young Paul McCartney would be jokes. Or maybe Grace Jones. That'd be a nice house to live in.

I like having the radio on, that way you're challenged to listen to things that aren't your choice. If I've got the aux, though, I do always put some Travis Scott on or Frank Ocean.

I enjoy the career paths of people who've worked for the right to do whatever the fuck they want. Proven themselves already and are just kind of styling life out; like Rihanna, Frank, Jack White, Calvin Harris.

My bedroom, for sure. I make all my music on my laptop in headphones; I don't even own a pair of speakers. It's not great for home-work separation, but sometimes you've got to live your shit.

The devil is in the detail.

I have this big puffy Vetements jacket that I wear basically every day. Sometimes, I just flip it inside out, so I can switch it up but still wear it. Either that or these really nice Grenson loafers I have. I've worn them in so much they're basically just the exact shape of my feet. Always rocking those with some sweatpants.

It's not really a superstition, but I always, always go to the bathroom a couple of times before going on stage. More than anything, it's nice to have a little moment alone before the show. My biggest superstition is not getting too hyped up before the show or placing too much importance on it, just got to go out and vibe real mellow.

I think it would be fun to live in the Renaissance. Or the Golden Age of India or something. Basically, just a time when bare stuff was suddenly being worked out in culture. Would be fun to see that unfold and enjoy the spoils. I feel like we're living in that now in a way, though maybe without realizing how fast things are moving.

Everything. I wish I was joking, I love nobody's company. No ego. I love just watching interviews with musicians and learning about how they lived and what informed them. I'm on a big Iggy Pop kick at the moment.

Probably when I'm playing some video games from my childhood. I love regressing to that simple time and the escapism of it.

I don't read many books anymore, unfortunately. I tend to just get caught up reading Wikipedia like the bastard internet millennial that I am. I think the last thing I read was The Brothers Karamazov, which probably put me off reading forever.

I had a few very close friends, but I was kind of mates with everybody. Spent a lot of time at home making music and watching films, but I got out enough I'd say.

I love how much I get excited about the things I love. It's a real driving force in my life. It's always been music, but more recently, clothes and film. I just get really fucking gassed about stuff and talk my girlfriend's ear off about why Raf [Simons] is the greatest or how [Akira] Kurosawa tells a story; bless her, she's my outlet.

I'm kind of scared of things that don't have borders or boundaries. I know that's vague, but I think it comes from growing up on an island. It's just nice to know where something ends sometimes, infinity is mad wicked scary.

A lot of people are surprised to learn how many punk and hard-core bands I was in growing up. I played just about every instrument, at one point or another, and was super into that scene. I think it really informs my left field approach now and that kind of way of emoting through music and pushing envelopes.

I'd love to get into fashion more, attend more shows, and learn more about textiles and designers. Really do my homework and get into it. It'd be cool to start collecting archive pieces as well.

Hopefully, another full-length project. I think I'm going to make the next one very cinematic, like a Tarantino film or something. Other than that, probably just working on other people's music. We're also doing a pop-up shop in Peckham [district of London] around the album, lots of exclusive clothes, vinyl, art. Should be a buzz.

Hopefully, still making music and paying the bills that way...